The secrets of sponsorship

Is it possible for small, regional arts organisations to secure significant income through sponsorship? Heather Stewart shares the secrets of two festivals that have done just that. 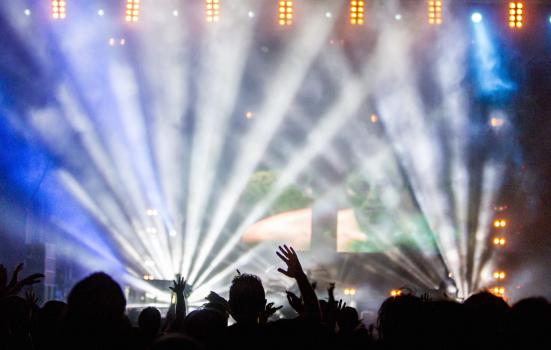 That may mean that a lack of resources is one of the reasons that smaller organisations outside large cities don’t seek sponsorship. However, there are examples of small, regional organisations that have successfully raised sponsorship despite their size and subsequent lack of resources. Lennoxlove Book Festival (LBF), which ran from 2009 to 2013, is one. Based 25 miles outside Edinburgh, it was the sister festival to the more established Borders Book Festival. It started small and grew organically, and while it received varying amounts of public funding from its local authority, EventScotland, Creative Scotland and others, the directors knew from the outset that sponsorship would be a key source of income. “The Book Festival couldn’t have existed without sponsorship. It accounted for around 60% of our income,” said former Lennoxlove Director, Nicky Stonehill.

It knew it couldn’t manage large numbers of sponsors at lower levels, so it focused on mid to high level sponsors

LBF’s first sponsor, investment management company McInroy & Wood, was on board from day one, offering a small sponsorship package for the 2009 festival. It went on to increase its commitment by more than double in its second year and was the headline sponsor for each remaining year. LBF was fortunate to find a headline sponsor with headquarters in the nearby town of Haddington, particularly as it has a population of only 8,000. McInroy & Wood got on board thanks to the LBF’s ideal location, particularly the proximity to its client base, as it became a key client entertainment event in its calendar. What particularly appealed to the company – and why it continued its involvement – was the high quality of the festival itself and the kudos that its involvement brought as a result.

For such a new organisation, having sponsors gave LBF a certain level of credibility early on. There were other benefits too. “Sponsorship didn’t just bring in core funding, it also boosted ticket income. The majority of our sponsors bought more tickets over and above their allocation. Our headline sponsor also sent out over 200 programmes to clients which also generated ticket sales.”

As a small organisation the key to LBFs success was taking a focused approach to securing sponsorship. It knew it couldn’t manage large numbers of sponsors at lower levels, so it focused on mid- to high-level sponsors – no less than £1,000 – concentrating on delivering high quality for a few large sponsors.

A non-traditional artform, BF&MAF may not seem obviously attractive to sponsors. Its achievement seems even more incredible when you also take into consideration that the festival is based in a rural area with relatively high unemployment and a lack of major international companies operating nearby. It initially concentrated on creating more clarity around the offer to sponsors, particularly providing detailed information on demographics, strengths and attributes of the festival. This had the dual benefit of helping it to target the ‘right’ companies. Its tenth anniversary in 2014 also helped to create a buzz around the festival.

Like Lennoxlove, BF&MAF raised the minimum level of sponsorship and concentrated on mid- to high-level sponsors. “Crucially, we had lacked the confidence to think big and often accepted far less than we should have. This stemmed from a lack of clarity around our case for support,” says Huw Davies, its Director.

Another reason that it was able to increase sponsorship income so dramatically was the development of a five-figure headline sponsorship package with clear benefits and key prospects in mind. It also sought earlier commitments from sponsors by approaching current sponsors within a month after the end of the festival to thank them and to determine their interest for the following year. At this stage, most sponsors indicated that they were interested in receiving a proposal for the following year.

Another key to its success was a focus on existing relationships. “Our board networks have been essential in introducing us to our main sponsors.” says Huw. This is no surprise, as all fundraising should initially look at existing relationships first – and sponsorship is no different. However, as Lennoxlove demonstrates, geography can also play an important part.

So what can we take from this? The reality is that there is no definitive answer as to where sponsors will come from or why they will sponsor an organisation. However, what Lennoxlove Book Festival and Berwick Film & Media Arts Festival both demonstrate is that a strategic approach coupled with an ongoing commitment to run and manage a sponsorship programme is needed. If small organisations are serious about sponsorship – and they should be in the current financial climate – success will come from making a commitment to resource sponsorship programmes. The results won’t come overnight, but the potentially positive impact that sponsorship can have on income, both direct and indirect, may be worth the investment.

The secrets of sponsorship

How is business sponsorship performing?