At The Firestation, Dan Eastmond has been experimenting with dynamic pricing. It’s still early days, but with rising income and no grumbling customers, the signs are positive. 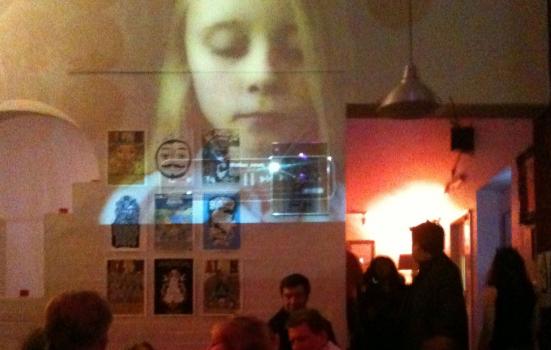 The bar at The Firestation

Way, way back in 2013, Ben Curthoys, the very lovely chap who built our box office software Monad, gave me a call and said: “I’ve just been to this meeting about the Digital R&D Fund for the Arts, and I think we could maybe do something really interesting around new box office systems, technology or dynamic pricing.” Most arts organisations, he went on, seem to use tech as a way of marketing what they already do, the way they have done it for years, but it seems like most do not use it to completely change what they do and how they do it. We agreed very enthusiastically on that one.

And so, a few months and three application stages later, The Firestation’s neo-ticketing project, now partnered with Royal Holloway University of London’s Economics Department, was born and given a (just over) £100,000 slap on the back from the Digital R&D Fund for the Arts supported by Nesta, Arts Council England and the AHRC.

It does pretty much what we had thought it might do, using the flexibility provided by computer-based box office systems to let our ticket prices be as fluid as they want to be. From last September we have introduced three new models to our box office - Rising prices, Moving prices and Price crash - which we are testing in series to see what impact they have on sales and what our customers make of them.

Rising prices events essentially creep up in price over time, starting from as much as 50% below a core price (what we would have priced it as at any other time) and ending up 50% over that price. Moving prices events float above or below the core price depending on whether current sales are above or below expectations. Price crash is pre-selected, completely at random, to crash the price by 75% for half an hour only. We fire out Facebook posts and tweets to let our social audience know and hope they come rushing to our door.

Moving prices is where things get really interesting. We have set up some simple parameters and then effectively hand over control of our prices to ‘the machine’. I like it because it sidesteps the fear and guilt that fences in most artists and arts organisations when it comes to valuing and selling stuff. We still start from a ‘worth around this much, finger in the air, best guess’, but telling the system to push the price up (or down) by 50% if it is selling faster (or slower) than we expected lets the market auto-correct our thinking. At a time when secondary ticketing platforms are working with a ‘don’t care about you’ mindset towards artists, venues and customers, it allows us to close the gap between our guesses and our customer’s real value that the touts exploit, and instead direct the benefit straight to either our customers or artists.

Here is something else too. Although it is early days (as Royal Holloway’s economists have only had their hands on the first batch of data for a matter of days), from where I am sitting our per-show incomes have gone up and our customers have had more varied buying opportunities to suit their budgets. Nobody has grumbled and a large proportion of our customers already seem comfortable with the idea that there is not really one price any more. I guess this comes from pre-existing familiarity with airlines, ebay and the secondary markets.

One of our regular promoters dropped me an email in November, panicking a little that the top price would annoy regular customers and deter last-minute bums on seats. It is great to experiment, but at the end of the day a full house is better than an empty one whatever the revenue. A few quick sums on a napkin and I was able to tell him that his audience numbers had not really shifted, but his average spend per head had increased by about 75%. No surprise then that we are still dynamically fiddling about with his prices, and his audiences are applauding just as loudly as they always did. Funny isn’t it, how we have all learned to expect to get slapped for wanting a little more?

The expectation of failure, and a little fear of upturning the already rickety apple cart, is undoubtedly the first (albeit unscientific) nugget of truth I have noticed in the swirl of our pricing experiment. From agents who just do not have the time to talk about variation, to the companies worried about upsetting the next nearest tour venue, or even the practical question of what price to put on the poster. Our audiences though are actually a lot more receptive to change than we are, easily capable and often desperately waiting for us to get a little bit future-struck, to get a little bit more tech. They don’t mind us messing up as long as we keep them in the loop. Particularly the younger ones, the ones we keep talking about talking to.

Dan Eastmond is Managing Director of The Firestation Centre for Arts & Culture.
www.firestationartscentre.com