Dan Eastmond is befuddled by the public arts sector's allergic reaction to generating profit – so much so that he’s written a book about it. 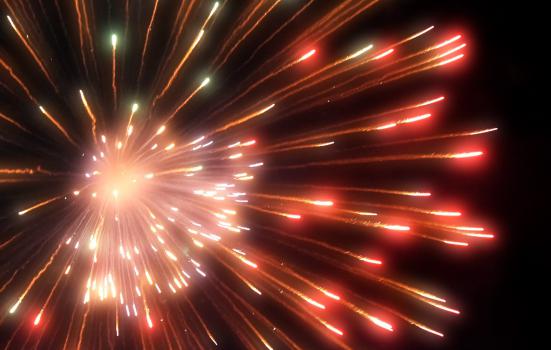 Initially intended to offer some evaluation tools and frameworks for the team at Firestation Arts in Windsor, ‘Fireworks’ explores a range of concepts and strategies that I hope will contribute to an enlightened and uninhibited debate on a brighter future for the arts sector – to the rebirth of modern cultural production as an influential, profitable, socially minded and publicly supported industry. It advocates a fourth sector approach and no industry needs it more.

Releasing a book like this into the world is like taking a child to her first day at school, or saying ‘I love you’ to someone for the first time. Thankfully, after mailing copies of ‘Fireworks’ to organisations around the country, the response has been even better than I’d hoped: often excited support, sometimes stoic resistance, but always debate, added value and engagement.

As someone with a background in commercial ventures − some successful, some less so − it is with an ongoing sense of befuddlement, that I encounter the public arts sector's allergic reaction to profit, its nagging guilt when stumbling upon surpluses (often akin to the awkward opportunism of finding a stray bank note in the street) and the undercurrent that somehow commercial success and the pursuit of profit is a dirty business that betrays a lack of artistic or social merit.

Newspapers and blogs are full of reports of the failing health of so many of our arts organisations, struggling to find new audiences as their funding models collapse around them. We can point the finger at government policy and the shifting sands of public funds, we can tut at our communities for not appreciating the wondrous community arts centre right on their doorstep, we can even blame Nintendo for creating generations of young people without the critical capacities to engage with the arts. Ultimately, however, if the turnstiles are not spinning and the tills are not ringing then the arts sector has only a few years left until its voice will be lost from shouting and its strength gone from resisting the future.

One solution is to explode the cultural models at the heart of our sector, forging new partnerships, finding new types of output and ultimately reshaping the business of the arts. Cultural organisations could, and should, be adding chefs, architects, designers and academics to their list of close partners. Championing and educating the richness of modern life and making no distinction between the output of each, pausing only to focus a light on moments of sublime beauty. Taking this exploding culture approach opens up the financial model, breathing life into stagnant arts venues and business models, opening the door to new incomes and financial independence. As the venue economy broadens, there is a fundamental, seismic shift in the soul of the organisation, a new sense of ownership that permeates every corner. The aesthetic consequence is that when coffee becomes as essential as the work on the walls, so too the work loosens its grip on the high aesthetic hegemony and the door to genuine cultural relevance creaks open.

It has been interesting to enjoy Southbank’s development of its ‘Festival Riverside’ project. The formerly drab frontage from Queen Elizabeth Hall to the National Theatre has been transformed into a rich and diverse playground of cafes, pop-up poetry, waffle vendors, book stalls and stages and now buzzes with culture grazers all year round. Although dominated by food operations, its success is undeniable and energy contagious. It now needs to step into the buildings and on to the stages.

I suggest avoiding the assumption that we are making or supporting the production of art altogether, because the problem with defining an organisation as ‘arts’ is that it is a particularly static notion. It suggests that the edges of the artistic impulse are recognisable, tangible. It implies we know what it is to make artworks in the twenty-first century, but we do not. Art most certainly exists, but as the future races on it will be something that comes about while we are behaving culturally, together, in flux, and not when we regurgitate our past glories.

Cultural organisations, as part of the modernising process, should view themselves rather like fireworks: the object which comes out of the box and the casing that bumps back down to earth are never the point; the moment of aesthetic delivery happens high above our reach and control and attracts increasing gasps of wonder as the volume of destruction grows.

Dan Eastmond is Managing Director of the Firestation Centre for Arts & Culture, Windsor.

Fireworks is a series of 16 short provocation essays published by Fireythings, available at Firestation Arts and on Amazon Kindle.

You can read edited extracts from the essays here: ‘Living on the breadline’ and ‘A Numbers Perspective’

A numbers perspective
Living on the breadline