The devil in the detail

Will there be a mismatch between the vision articulated in the Henley Review of Cultural Learning and the strategies for making it a reality? Sam Cairns examines the evidence so far. 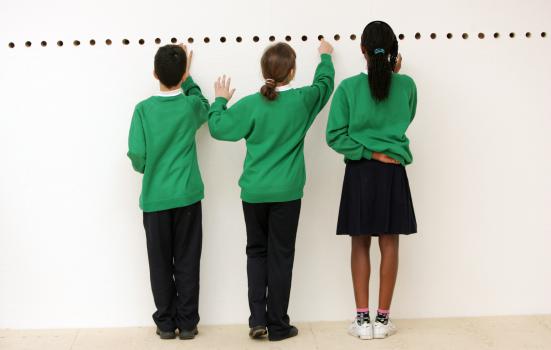 What is your perfect mix of arts and culture? I suspect no two people reading this will have the same answer. Finding out what delights and drives you is part of the purpose of cultural learning. Providing a cultural education isn’t just an ethical duty, and part of the rounded education every child is entitled to. It makes sound economic sense and gives young people the skills, competencies, knowledge and understanding to succeed. Teaching through and about the arts impacts on attainment, improves children’s cognitive and transferable skills, and their employability.

However, cultural learning in England is having convulsions – there are cuts, new structures and new methods of delivery. The Draft National Curriculum for primary English published in June no longer includes drama, the only statutory place in which it currently exists; and we have had no official word on whether arts subjects will remain at Key Stage 3. Informal cultural learning is faring no better. Surveys of local authority funding by the Chief Cultural & Leisure Officers Association (CLOA) and the Joseph Rowntree Foundation reveal continuing cuts to cultural services.

as with many reports, the devil is in the detail, and there are several details missing from Henley and the government response

The time is ripe for articulating a new vision and working collectively to create a new strategy which makes the best use of resources, something we never really got to the bottom of in the last decade when funding was plentiful. Last year, with admirable leadership, the Department for Education (DfE) and the Department for Culture Media and Sport (DCMS) commissioned Darren Henley to write his Review of Cultural Education. So far so good, and when the Review was published in February 2012 it set out a strong vision for cultural learning. Henley’s recognition, endorsed by the government, of the central importance of culture, arts and heritage in the lives of all children was exciting. It also promised a National Plan to set out aspirations, priorities and delivery mechanisms. However as with many reports, the devil is in the detail, and there are several details missing from Henley and the government response:

Acknowledgment of the current operating environment: there is no longer the same level of provision, participation, expertise or funding underpinning cultural learning in this country as there was prior to 2012. Parts of the Henley Review are predicated on structures that no long exist. The National Plan must reflect and address this.

Arts subjects as statutory in the National Curriculum at Key Stages 1-3: Henley urged the Coalition to make a “clear signal of its belief in the importance of Cultural Education” by formally indicating that the curriculum would include cultural subjects. The government’s response did not include this statement.

Arts subjects included as a formal strand within the English Baccalaureate (E-bac): we know that schools are cutting back on arts education to focus on subjects in the E-Bac. Henley encouraged the government to consider including arts subjects as a 6th grouping in the E-Bac. There has been no response from them on this. We urgently need a sixth strand in the E-Bac: provision is being cut and the damage to arts education could be catastrophic

Ofsted not to judge settings beyond ‘requires improvement’ unless they provide arts and culture: the Cultural Learning Alliance (CLA) has repeatedly called for no children’s centre, school, youth service, academy or other setting to be judged beyond ‘requires improvement’ by Ofsted unless they provide a broad and balanced curriculum which includes the arts and culture. Henley echoed this in his Recommendation 14 ‘Cultural Education in Ofsted inspections’. We are awaiting a response from the government and from Ofsted.

Statutory Cultural Learning Governors: Henley called for there to be Cultural Education champions on the senior management teams in both cultural and education organisations. The CLA, endorsed by the National Governors Association, called for a statutory requirement for all schools and settings to nominate a Cultural Learning Governor. The government said it was up to schools to decide, and there is no national framework in place to make this happen.

Local, not just regional, support: there are over 25,000 schools in England and it is critical that all are engaged if a true ‘national ambition’ for cultural learning is to be achieved. Arts Council England’s Bridge Organisations, with a remit to join up education and culture, are regional, not local. Although they include excellent and experienced colleagues, it is unclear whether they will have the resource needed to reach every school.

The CLA believes that every child and young person should have access to a baseline of quality cultural learning opportunities. But equality of access to cultural learning does not necessarily involve every child accessing the same things. It requires each child to experience parity of access to regular, on-going opportunities for meaningful engagement. We need the ‘clear statement of national ambition’ from government which Henley called for. It should be built upon the recognition of the value of cultural learning, shaped and delivered by the full range of professionals and settings which work with children and young people and their families, parents and carers.

All eyes should now be on the Cultural Education Plan to ensure that it lives up to the vision of the review and offers us a strategy that we can all sign up to and work together to deliver. When Henley and the government published their plan for music education last year, we knew that there was funding of over £77m on the table for the initiatives and truly regional infrastructure that the plan suggested. Although the DCMS and DfE have invested £15m into a range of projects – including the extension of the Bridge Organisation remit – it is a relatively small investment given the scope of the ambition and the cuts outlined above.

Can we create a National Plan that delivers the vision of the Review in the current funding envelope? That remains to be seen. Arguably we are the best placed sector to be able to pull this off, thinking creatively to innovate and find new solutions. Children need the opportunity to construct their perfect mix of arts and culture. We can only be what we can imagine.

Sam Cairns co-manages the Cultural Learning Alliance, a collective voice working to ensure that children and young people have meaningful access to culture in this time of social and economic stress. Join the CLA and add your weight to conversations with policy and decision makers here. The full CLA response to the Henley Review is here.

Join the CLA and add your weight to conversations with policy and decision makers here. The full CLA response to the Henley Review is here.

Could all schools become arts schools?
The devil in the detail