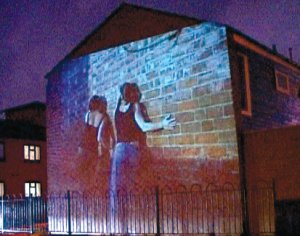 Local Area Agreements (LAAs) form the new approach for improving co-ordination between central government, local authorities and their partners, working through the Local Strategic Partnerships (LSP). These agreements set out priority issues for local action and what the partners will deliver. When I last wrote about the subject (see AP153), negotiations were underway to decide which of the 35 designated targets would be drawn from the 198 National Indicators Set, along with a base set of statutory educational and early years targets to form each LAA. The indicators have all now been agreed.

The next phase of the process will see the development of precise delivery mechanisms. This opens up some interesting possibilities for arts organisations as potential delivery partners. However, this will only work if the sector can articulate how it can deliver on outcomes. There are seven outcome areas: stronger communities; safer communities; children and young people; adult health and well-being; tackling exclusion and promoting equality; local economy; and environmental sustainibility. Each of the 35 indicators chosen for each LAA has a quantifiable measurement of progress towards delivery of an outcome. There are examples of specific cultural indicators being chosen for LAAs.

• NI 10: The percentage who say they have attended a museum or art gallery in the local area at least once in the preceding 12 months
• NI 11: The percentage of the adult (aged 16 plus) population who have engaged in the arts in the past 12 months.

There has been limited uptake of these cultural indicators in LAAs across the country. In the East Midlands, only Rutland has picked NI 11 and Arts Council East Midlands (ACEEM) is looking at ways of working with Rutland LSP, to include bench-marking and data gathering through the Active People survey.

Rather than a specific cultural indicator being included in your local LAA, it is more likely that an indicator may have been chosen where culture can play a key role. Here are some specific indicators to look out for:

• NI 1 – People from different backgrounds getting on well together in their local area. (Some areas are seeking direct alignment of cultural participation to this Community Cohesion indicator. Here in the East Midlands, Nottingham has chosen this indicator and named ACEEM as a delivery partner.)
• NI 6 – Participating in regular volunteering.
• NI 110 – Young people’s participation in positive activities.

This is a crucial stage in the process as the delivery mechanisms are being developed for the next the three years. DCMS does not fund distinct activity through the LAA, so, if your local LAA has chosen one of these indicators, the first step of the project team will be to look at existing programmes, service budgets and partnership funding. A copy of your LAA can normally be found on your LSP’s website. Look through the document for potential links with your work. Your local Arts Council England office will also be able to point you in the right direction.

Social cohesion is a crucial part of the work that Groundwork undertakes, and the Creative Regeneration programme has delivered a number of arts projects that could now be aligned with NI 1. A notable example was ‘Feet on the Ground’ where residents of Radford, a multicultural, inner-city area of Nottingham, engaged with their local environment through dance and video. The project, developed by Anne-Marie Culhane working with Miriam Keye, captured the unique atmosphere of the area. Residents were invited to a projection of the film onto the side of a house near to where it had originally been filmed.

If you have a project idea or service that you believe could deliver against a priority, you need to declare an interest with your LSP so that you can understand how the commissioning arrangements will work and over what time frame they will be implemented. Many arts organisations deliver outcomes against a range of social scenarios, but engagement in the process has historically been poor due to a lack of understanding. Now is the time to take action and rectify this.

Information on Groundwork’s Creative Regeneration programme can be found at http://www.creativeregeneration.com