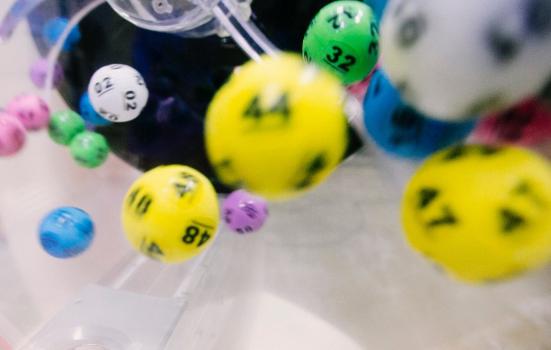 I recently noticed a spate of suspiciously similar tweets from otherwise unrelated arts organisations. They all celebrated their superb creative work, while specifically drawing attention to the fact it was funded by the National Lottery. In many cases, they promoted special offers – free or discounted tickets for performances or workshops – if you showed a Lottery ticket or scratchcard.

Of course, these weren’t independent marketing strategies, all happening to alight on the same brilliant wheeze. It was a clear directive from Arts Council England (ACE): to present the National Lottery’s 25th anniversary as an unquestionably happy birthday, a celebration of a wholly benevolent institution. Indeed, ACE has been clear and upfront about this: its own website states, “The National Lottery makes amazing things happen... We want to remind the public of that, so they continue to play the National Lottery.”

As a brief thought experiment, would ACE be so eager to promote any other addictive pastime, if that were also a major source of finance? What if the government hypothecated alcohol duties to the arts? “Vodka makes amazing things happen. We want the public to carry on getting wasted.”

The arts sector has never been more concerned with the ethics of where its money comes from. Sponsorships from oil companies have turned art galleries into protest zones; foundations that profit from overseas opioid crises have seen their grants returned. A moral hazard – that our good work might unwittingly be outweighed by the promotion or whitewashing of something far less wholesome – has become widely understood.

We’ve rightly questioned millions of pounds of our collective income. But along the way, the ethics and cultural impact of a far bigger source of arts funding have somehow escaped scrutiny. Our sector relies on the gambling industry for over a third of its public investment in a country where an estimated 430,000 people have a serious problem with gambling. And we seem to take active pleasure in that fact.

It is indeed 25 years since the National Lottery exploded into our lives with a confetti-cannon of hoopla, its main draw the centrepiece of Saturday night on BBC1. For a brief while, we all thought #ItCouldBeYou. Noel Edmonds told us so.

Since then the Lottery has settled down to become a comfy armchair of an institution, part of the furniture. It’s won a place, if not in our hearts, then at least in the firmament of our harmless national traditions.

Yet such a status is unwarranted. Gambling addiction is a huge problem in the UK: the 430,000 problem gamblers is almost three times the number of people that work in the arts and culture sector. Of course that’s not all down to the Lottery: the internet has put rocket boosters under the gambling industry, and its ubiquity in mainstream sport has normalised gambling among young men in particular to an alarming degree. But the National Lottery kickstarted the mainstreaming of gambling culture, and as the only form of gambling specifically promoted by the state, it seems to get a free pass. Its presence on all our arts literature acts as an endorsement. Buy a ticket: you’re doing your national duty! Unhappy with your life? Forget about reality, just dream of winning the Lotto! Can’t wait till Saturday? Buy a scratchcard!

Indeed, as the main Lottery draws have gradually fallen in popularity, so scratchcards have taken their place. These have markedly higher sales among people from low-income groups, unemployed people, and people aged 16-34 (the Lottery, incidentally, is the only form of gambling that is legal for under-18s). Scratchcards, with their instant hit, are specifically linked with problem gambling and addiction. They also produce less income for the good causes, and higher profits for Camelot, the monopoly operator.

And in case it wasn’t clear, mathematically all the Lottery games are a rip-off. No other form of gambling offers such bad value for money. You’ll get far better odds, and a lot more fun, cheering on Dobbin in the 4.20 at Newmarket. But the government, the distributors, the tiny number of jackpot winners, the BBC and ACE don’t want you to know that.

Of course, we are told there is no alternative – but it’s merely a question of political will. When the Lottery began, a huge chunk of arts funding came from local authorities, through progressive local and national taxation. Over time, as has been well documented in these pages, that has collapsed - by £400m a year since 2011. That’s substantially more than the arts receives now in Lottery funding. Essentially the Government has replaced funding that comes from all of us, according to our means, locally decided and accountable, with a con-trick. And we, the agitators, the creatives, the people with the most fertile imaginations, have shrugged our collective shoulders and accepted it.

The Lottery has become a part of our culture and there’s no sign of that changing any time soon. But that shouldn’t mean we just accept it, or deny it’s a problem, any more than we would with any other troublesome source of funding. Arts organisations and funders have a responsibility to celebrate the Lottery a little less and question it a little more.

Adam Pushkin has worked in the arts for 20 years, in the UK and for the British Council in India and Indonesia; and is now starting to practise as an independent creative producer.
@adampushkin

Thank you Adam, well put. The lottery cruelly and cynically offers an illusory hope - I don't want to trade in that. The 'outsourcing' of funding has diminished the shared commitment to culture. Our small voluntary organisation could do with lottery funding, but have held off so far, even though we badly need to raise money..what do any of us do?
An ethical take on Lottery - excellent; we don't seem to get very many of those. The other big, but always glossed over, issue is the one that the editor of AP to her credit just about got in (despite the attempt to close her down) on BBC R4's Front Row last week. Namely that the way ACE deploys Lottery funds (but dissembles about the proportions) largely turns it into a transfer of money from the poorer to the richer and already privileged, not to mention the 'What Next?' pussycats and others who are too scared to speak truth to power/their banker. The proportion from Lottery allocated to NPOs massively reduces the capability to targeting those who are clearly intended under the government's Lottery Directions to benefit. But then the DCMS has always been too feeble to police its own rules where vested interests are concerned.