Councils warn cuts will continue if no extra resources are provided in the Spending Review to deal with the increasing demand for adult social care. 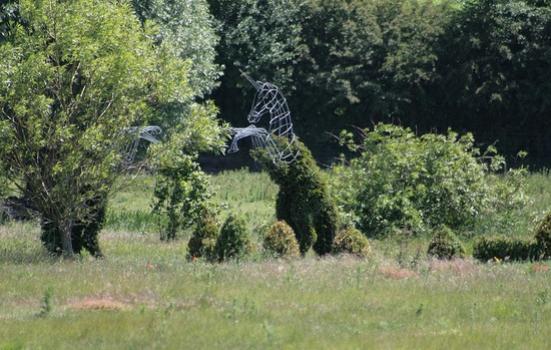 Karen Roe on Visualhunt / CC BY

Almost £400m has been cut from local authority arts budgets over the past decade, new research by the County Councils Network (CCN) reveals.

Analysis of council spend on galleries, museums and libraries finds the £391m total cuts since 2011 have been heaviest in county areas, with councils running shire counties and rural areas reducing their spending by 30% - or £169m – since then.

The research adds that just under two-thirds (65%) of county council budgets are now spent on adult and children’s social care, leaving county leaders with no option but to re-direct funding previously allocated to non-statutory services like arts and culture.

The figures have been compiled from Government data by CCN, in its capacity as a representative of all 27 county councils and 9 county unitary authorities in England.

The organisation says county authorities face a “triple whammy”, because they are  the lowest funded of upper-tier councils, and have experienced both the sharpest reductions in Government grant funding over the last four years and the biggest growth in demand for care services.

Breaking spending down by council type and location, the new analysis reveals that since 2011:

The organisation argues that uncertainty after 2020 is creating “great financial risks” for its councils. It has set up a new campaign, ‘Fairer Future for Counties’, which calls for a rethink of the distribution of funding and increased resources for county areas.

Cllr Philip Atkins, Conservative vice-chairman of CCN and leader of Staffordshire County Council, said limited funding had trapped local authorities “between a rock and a hard place” as they struggle to protect the elderly and the vulnerable.

“Councils play a major role supporting local cultural and arts organisations, and provide excellent libraries and museums. That support has not dried up completely – we spent £1bn on these services last year, whilst austerity has provided the impetus for many areas to innovate in delivering more with less.”

A spokesperson for CCN said Government needs to have an “honest conversation” about the services councils will be able to deliver, given demand for care is continually rising. “If this trend continues, their yearly budgets will increasingly be spent on fulfilling counties’ legal obligations in these two areas,” they add.

Atkins called for fairer funding for counties “so we can preserve these highly-valued services alongside delivering care”.

He continued: “If not, we will have little choice but to continue to cut expenditure on culture; and there needs to be an honest discussion on what role councils are expected to play in their communities as the current trends that have seen us spend more on care and less on other services shows no signs of abating.”