The Northern Powerhouse plans may be turning Manchester into a cultural tour de force, but it will be a force that benefits the whole sector, argues Dave Moutrey. 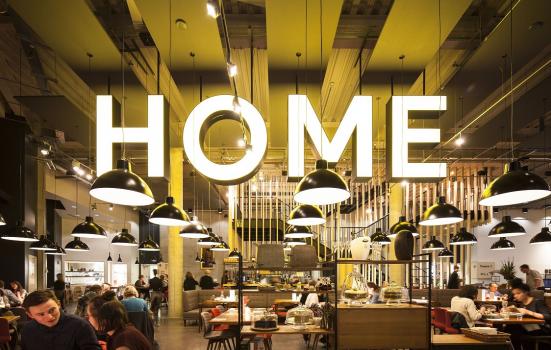 Overnight on 23 June the tectonic plates of division moved and our country now feels much more fractured. My conversations with artists and arts managers initially focused on how this happened, but are now much more about how we can play a meaningful part in fixing it.

I’ve been asked to answer this question: “How can Manchester continue to grow without becoming a point of resentment for the north?” I would hope that within the arts at least – an area of human activity that is built on generosity and hope – we could be more grown up than that, particularly now, and not only in the north but the whole of the UK.

It seems to me that division is a perfect way to ensure decline in the arts across the north, the rest of the UK and in the communities that we serve. A key factor in the success of Manchester and other great cities around the UK has been collaboration, and that should be our focus.

We need to look at how we cooperate, share knowledge and support each other without creating new additional resource-hungry structures

The eight boroughs and two cities that make up the conurbation of Greater Manchester do not all see eye to eye politically all of the time. But they understand that if they work together they will get better outcomes for their residents and make more effective use of scarce resources than if they fight about the things they disagree on.

This pragmatism has been around for at least 20 years. That is why DevoManc happened: it was a long-term plan (albeit with varying names) delivered thorough sustained collaborative working between councils that did not always agree. Cooperation has always been championed over competition.

Culture is seen to be important to the city region’s economic growth strategy as part of developing the knowledge economy. Greater Manchester is already an exemplar of cultural regeneration, as evidenced particularly well but not exclusively by the Lowry in Salford.

Salford City Council is committed to putting culture at the heart of its regeneration plans, as vital fuel for the local economy, supporting jobs, developing talent and skills and attracting inward investment, business visitors and tourists.

This did not happen overnight, nor is it perfect, but it has been the result of great civic political and executive leadership and sustained engagement by cultural organisations with their civic role.

Growth in the arts

In the early 1990s Manchester was at an economic nadir, having lost over 150,000 jobs as a result of the decline in manufacturing. Birmingham seemed nuclear-powered, with Simon Rattle as its poster boy for culture, and Glasgow’s ‘Miles Better’ campaign meant things didn’t look too good for Manchester. We had some truly great stuff, like the Hallé Orchestra and the Royal Exchange, but we needed to get better.

To get better we formed a marketing co-operative called Arts About Manchester (AAM) to help grow audiences and make the case for the arts. No one was going to do it for us, so we had to do it ourselves. It was a long-term self-help project and it wasn’t easy.

Although AAM is now part of The Audience Agency, the groundwork it provided and the collaborative working between cultural institutions in Greater Manchester have underpinned a lot of Manchester’s growth. Obviously this was not the only factor in Manchester’s success, but it was an important cultural one as it demonstrated to the city that we were up for playing our part on the team.

So what is stopping other places, urban and rural, adopting a similar co-operative approach? It actually doesn’t need a structure – just the will. The well-documented collaboration between Liverpool’s cultural institutions around the 2008 Capital of Culture is a fantastic example of what can be achieved through cooperation.

The Factory is just the next stage for Manchester. It is a significant infrastructural development for the nation, not just Manchester. At HOME we are looking at how we can build capacity to create work for The Factory that can then tour to similar venues outside the UK.

We are also working to make sure that as audiences are built for The Factory, audiences will be built for HOME too. We believe that this will provide us with opportunities for growth in what is going to be a difficult economic environment.

Resentment is a waste of headspace that could be used for finding solutions to challenges. I have had more conversations with colleagues about seeing Manchester as an opportunity than a threat. We are all busy and there is no more money, yet the challenges appear to grow. We need to look at how we cooperate, share knowledge and support each other without creating new additional resource-hungry structures.

We can all make sure that Hull 2017 is an amazing success and the Great Exhibition of the North is successful for whoever wins the gig, and make sure that the opening of The Factory is a truly national event. It seems to me that there is too much to do to waste time being resentful.

Dave Moutrey is Director and Chief Executive of HOME.
homemcr.org