Towards an anti-racist arts industry

What does it mean to be Black in the arts industry today? Marking the one-year anniversary of the death of George Floyd, Gabrielle Brooks shares why she founded BlackStage UK. 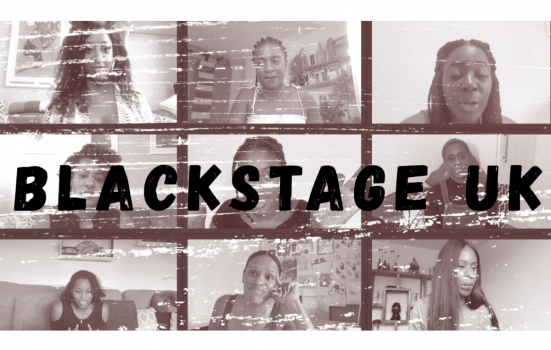 The founding of BlackStage UK was a direct response to the summer of 2020: a time that shook the world, a year of racial reckoning and a period of shared grief, anguish, and burnout for Black communities. A global pandemic and the brutal killing of George Floyd meant for the first time in our lifetime, the world collectively acknowledged the atrocities faced by Black people that can all too often lead to our deaths.

White people were finally listening to a shared history that had plagued us for so long and asking how they could become better allies. Unsurprisingly, it was also the first time the British arts and entertainment industry was openly involving itself in conversations surrounding race.

While promises were being quickly published and statements were being made, there was still one thing lacking. Accountability. These statements and social media posts lacked authenticity. Where were the retrospective analysis and admissions of liability that could lead to real change? It was heart-breaking for Black arts workers. It felt performative and rushed.

A space for healing

Without knowing what the core problems were and involving Black artists in the conversations, how would racial justice be achieved? How could organisations really claim they were supporting Black people? At the time, I was struggling with my own lived experiences, reliving my own traumas, but I wanted so much to uplift and support my Black brothers and sisters. This is where the idea of BlackStage UK originated.

Not only did I want the arts sector to recognise its role and history in perpetuating white supremacy and the harm it causes but I wanted to create space for healing; a space for participants to unburden themselves of their past experiences whilst existing in arts spaces.

Racial injustice is as transparent to Black and Black mixed-race people in the arts as nepotism is to the wider arts community. To move forward we all needed to be united in this understanding and collectively concede that ‘the UK is not innocent’ and this was not only an ‘American issue’. Momentary statements were not enough. I wanted the arts community to recognise that it was part of the problem and that it also had work to do.  Mostly, I wanted to help answer the question that was frequently being asked by the white community: 'what can I do as an ally?'

I founded BlackStage UK to provide anti-racist education for all organisations who have made public promises to implement systemic change. After many months and hours of interviewing 30 Black and Black mixed-race industry professionals, we produced a free, documentary web series as an educational tool in anti-racism. Then these 30 creatives from all over the UK, and from a variety of occupations, took part in a series of candid discussions about the reality of being Black in the UK arts industry.

Each episode focusses on a single subject pertaining to the Black and Black mixed-race experience including microaggressions; the problematic use of the term BAME; the effect of George Floyd’s death on the Black community and more. Together, they not only reveal inherent bias but demonstrate how the participants have been, and continue to be, deeply affected by these situations. They also make a series of recommendations to move towards long-lasting, meaningful change, derived from the participants.

The response to the series has been a little overwhelming; in great ways and others. The first episode received 10,000 views in a matter of weeks and the others continue to attract viewers numbered in the thousands. Many arts organisations have welcomed this resource and included it as part of their training, which has been really encouraging. Unfortunately, not everyone in the industry has welcomed the initiative. Some have been dismissive or completely ignored invitations to engage with the series. This response pushes me closer to my activism.

For some, 2020 has brought about profound change. These people will continue to deep dive into finding ways to change their practices and work culture; but for others, priorities have already shifted away from parity. Shifting focus away from representation, equity and equality leaves us all in a destitute place. That’s why I continue to knock on doors.

BlackStage UK is a first step. Moving towards true racial equity requires accountability. Racism creates division and mistrust, so organisations and individuals need to acknowledge wrongdoing and show they have done the work. Only then can we begin to rebuild trust.

Next, we need to fund the work of Black creatives. Power needs to shift to create equality and that does not happen by means of white people inviting marginalised groups into ‘their space’. Money, position, and power need to be shared.

Equitable workspaces must be created; and there needs to be consequences for failing to provide them.  Racial bias training is great, but it should be compulsory and ongoing. And we need to use the right language for these conversations: if the word privilege isn’t being used, it’s probably not an honest conversation. Individuals need to commit themselves to continue their personal development in anti-racism.

Lastly, diversify your workplace. If you believe in equity and equality, create it.

Gabrielle Brooks is an actress and Creative Producer of BlackStage UK

Towards an anti-racist arts industry