No immunity in Italy

UK-based artworks loaned overseas to museums or galleries are more at risk from seizure in Italy than they would be in other European countries. Giulia Cipollini calls for the situation to change. 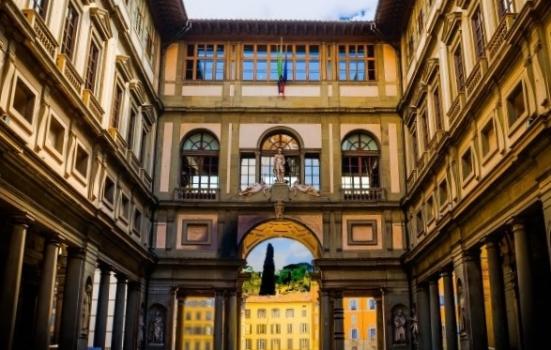 There are two main reasons to issue a request for seizure of an object of cultural heritage on temporary loan abroad: a dispute concerning the ownership of the work, or a credit claim against its owner.

There are a number of international agreements concerning immunity from seizure, which favour the movement of collections or guarantee their safe return to the state of origin. But from a legal point of view, no uniform approach exists and several countries follow the theory that the temporarily loaned cultural property of a foreign country is secured by the general provisions of international law.

Some countries (Belgium, Finland, UK and Switzerland) have adopted additional specific legislation, probably in acknowledgment of the fact that the general rules of international law are too vague to provide adequate protection.

Other countries go beyond the limits of immunity from seizure. For example, Germany and Austria stipulate that third parties cannot claim any rights against a work once the ‘obligation to return’ the artwork to the lender country has been issued.

The situation in Italy

As far back as 1926, Italy was one of the few countries to adopt specific legislation allowing for appropriation or executive acts on property belonging to a foreign state. However, the Italian Constitutional Court, in a judgment in 1992, declared this law unconstitutional because the Ministry of Justice was required to provide an authorisation in every case.

With regard to immunity from appropriation and executive acts, Italian courts have more than once ruled that the general regulations of international law are not applicable to travelling foreign objects used for sovereign purposes.

From 2003 onwards, the Italian Parliament sought to improve the protection of foreign cultural assets and implemented various bills in relation to the immunity from seizure of foreign cultural objects on loan in Italy. In 2011, the Senate approved a bill, entitled ‘Immunity from seizure of works of art’, but this was never passed due to the dissolution of Parliament in December 2012.

In recognition of the need to provide reassurance to the owners of foreign works, and in order to continue providing museums with interesting exhibitions of foreign works of art, it has been the practice in Italy to provide ‘comfort letters’ or return guarantees. These letters are issued by a representative of a public institution involved in the exhibition (such as the Ministry of Culture or an equivalent body) with a view to assuring the lender of the artwork of the commitment to protect the asset from the risk of seizure.

Despite lacking a watertight legal status, these letters have been effective, given that Italy has secured art loans known to be problematic in nature, such as those from Russian museums or from the Leopold Museum in Vienna. In other countries these have resulted in sensational and controversial law suits, such as the Leopold Museum’s Portrait of Wally that was seized while on exhibition in New York.

Legal disputes on the rise

With legal disputes undoubtedly on the rise in recent decades, this issue has become a subject of growing interest to the broader art world. New and better legislation is required to protect lenders when they send their cultural objects into a foreign jurisdiction to ensure they are not held hostage by legal disputes.

Given Italy’s significant cultural heritage, it would be advantageous if the government were to adopt a proactive approach to foreign art works by putting in place definite parameters and regulations that would ensure that works of art remain safe from execution, forfeiture, sequestration and any other kind of seizure.

Giulia Cipollini is a Partner at Withers Worldwide.
www.withersworldwide.com

No immunity in Italy