With many local councillors up for re-election next week, Chris Walker outlines his manifesto for increased local authority spending on theatre and the arts. 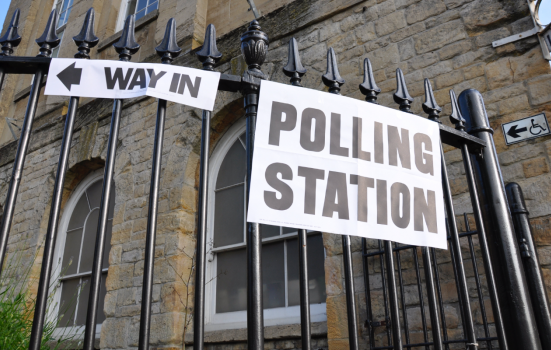 Next month’s local elections are some of the most important for the theatre sector and local communities in recent years. After two years of lockdowns, restrictions, and decision paralysis it is vital that the councillors who are elected bring a strong mix of vision, inspiration, and a willingness to see and enact long-term change.

Every candidate, regardless of party, is looking to bring change and improvement to their area. In order to Build Back Better (to jump on a political slogan) after the pandemic, local authorities must prioritise something which many have long-neglected – investment in theatres and local culture.

Society of London Theatre (SOLT) and UK Theatre continuously advocate and lobby for greater spending on theatres and the arts. And, given the immense pressures on local authority budgets over the last decade coupled with their responsibility for key frontline services like social care and infrastructure, it’s difficult to blame councillors and local authority executives for missing the wood for the trees when it comes to putting money into theatre.

After all, how does investing millions of pounds into a burgeoning cultural sector help cut waiting lists, provide much needed jobs and workforce skills, and revive a run-down town centre?

As the UK Theatre / SOLT local election manifesto makes clear, however, if candidates are serious about Building Back Better and Levelling Up, three things should be on their agendas: maintaining and increasing spend on theatre and culture in real terms; investing in creative skills; and creating and implementing a long-term cultural strategy.

Investing in culture is a win-win

The irony of the cultural budget cuts of recent years is that investing in theatre and culture delivers exactly the benefits that many local authorities are looking for. Economically, investing in theatres – be it through direct subsidy or other means – is a win-win.

Want to increase inbound tourism? One-in-ten visitors to the UK see a theatre show during their trip and spend millions of pounds in restaurants and pubs, in hotels and on travel in taxis and public transport as a result.

Need to increase footfall into a struggling town centre? Stockton-on-Tees Council’s Chief Executive recently explained a multi-million-pound investment in the Stockton Globe by saying: “How else can we attract 3,000 people into Stockton on a wet Tuesday evening in November?”

When it comes to Building Back Better, cultural investment is a proven winner.

Theatre delivers much more than economic benefits, however. The outreach work carried out by theatres across the UK provides direct support to social services, the NHS and our education system. The importance of theatre to the well-being of local communities has been increasingly recognised by academics and policymakers alike.

For example, a 2020 report by the Welsh NHS Confederation highlighted numerous studies showing the positive impact that engaging with theatre and culture has on audiences and local communities, highlighting that it ‘reduc[es] stress, depression and can serve as a vehicle for alleviating the burden of chronic diseases’.

Separately, our own research has shown that the positive impact on audiences of attending the theatre saves the NHS an estimated £100m per year. These examples and hundreds of others showcase just how important it is that local authorities view cultural spending as part of a wider picture, and not as a separate entity that doesn’t impact on other parts of their remit.

Looking around the UK, there are some places which have got it right – and have reaped the rewards. When the Greater Manchester Combined Authority (GMCA) launched its five-year strategy for culture and creativity in 2019, it recognised that ‘culture has a role to play in addressing some of Greater Manchester’s most pressing issues and in promoting our places to visitors from all over the world’.

GMCA understands that culture is not ‘just’ plays on a stage or art in a gallery. They highlight the positive impacts it will have on local businesses, the health and wellbeing of the population, creative education and skills, and civic pride.

Most importantly it was not a standalone vision – everything in the plan feeds directly into the overarching Greater Manchester strategy. It is little wonder, therefore, that the city is seeing so much success and that its approach is being copied by cities across Europe.

For those who still aren’t convinced, there is the brutal political fact that voters want to see investment in their local cultural scene. Cultural funding is a vote winner, plain and simple. When Windsor and Maidenhead Council proposed a 100% cut to arts funding for their 2022-23 budget, the outcry from their constituents and the campaign against it – led in part by the excellent work of Public Campaign for the Arts – led to the Council not only reversing their decision but proposing an increase in spend of 17%.

Candidates in May’s elections would do well to look to the example of Windsor and Maidenhead to see how strongly people feel about what theatre and culture brings to their community. The elections on 5 May offer a once-in-a-generation opportunity for councillors to make real, lasting change to their local areas.

Political slogans aside, investing in theatres and culture will bring economic and social benefits that are unmatched by many other sectors. A vote for a candidate who supports their local theatre is a vote for an economically vibrant, culturally rich, and future-proof community.