Life in the arts across Europe

Artists from across Europe describe what it’s like to work in their country of origin – from the almost desperate situation for some freelance artists in Spain to the generous support on offer in Arctic Norway. 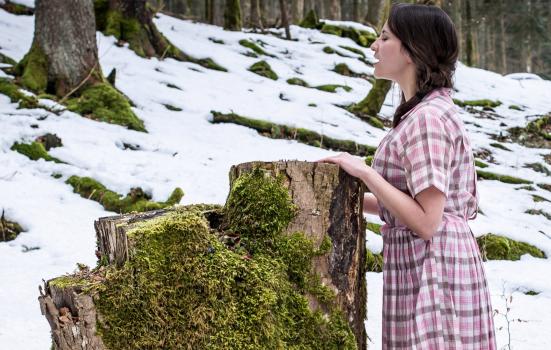 Many of the artists performing in Marchland, an annual season of performance and interdisciplinary events from the edges and in-between places of Europe curated by Théâtre Volière, come from different parts of Europe. In its first year at the Bridewell Theatre in London, the theatre’s green room has been buzzing with many different European languages.

Artistic Director Natasha Wood asked the artists what it was like to work in their respective countries.

Arctic Norway by folk musician Kultnett (‘Sound of the Arctic’)

Our region is one of great distances and few people, which means that transport is often expensive and the income from ticket sales is always going to be limited. Because of this, we rely on public funding to make tours and larger productions happen. We are lucky to live in a country where culture and art are well supported financially compared to many other countries.

On the equality front, Sweden is a good place to be, because many venues have a strict 50-50 gender equality policy

Our performances are often based on stories and music about ethnic minorities, and we have seen an increasing understanding of the need to share such stories among funders. We still have a long way to go before we, as a peripheral region in a vast country, can reach out to all the people we wish could learn about our culture.

Hungary by poet George Szirtes (‘Before and after Schengen’)

Any view I have of Hungary is coloured by the current political state of affairs. The country is certainly beautiful and there is plenty for any tourist to see. Budapest, where I was born, is a magnificent, living city spectacularly situated on the Danube, and evidence of its wartime and 1956 revolutionary history is slowly disappearing.

The position of the arts is complex and troubled now. Most arts institutions are in the financial and administrative pockets of a right-wing nationalist government. Young artists and writers can have a hard time as the government has been shutting down the main independent media so almost all TV channels, radio stations and newspapers reflect its own views. Its policy on refugees and immigration are notoriously harsh and much of its rhetoric is based on xenophobia.

With elections due this April, the visitor will notice plenty of political posters particularly aimed at the government’s bogeyman, George Soros. But little of this will be obvious to tourists who are important for the economy and therefore welcome.

Spain by photographer Ignacio Evangelista (‘Before and after Schengen’)

In Spain it’s impossible to make a living only as an artist. Recent research by a Spanish university found that half of more than 1,000 Spanish artists surveyed earn below the minimum wage and less than 15% can make a living from their artistic earnings.

One of the main problems is that, if you want to be recognised on the legal system as a freelance worker (as any kind of artist) and be able to issue invoices, you must pay €275 every month to social security. You pay the same amount if you have earned €5,000 month or just €500. So many artists are compelled to use the black economy. People have been asking for a proportional tax for decades. In my opinion, Spanish politicians look at art and culture as very secondary topics.

Working with arts in the border region between Denmark and Sweden opens up possibilities for funding in both countries, which is good. It is our observation and experience that the arts in both Malmö and Copenhagen is growing and thriving. Still, arts funding is something that politicians are cutting more and more, and every artist has to work hard for years before they are able to ask for a proper salary for the work they do and for their work to be recognised by arts institutions and funding bodies. Many artists and musicians take on additional jobs to be able to support themselves.

But compared with the UK and other countries we’ve visited, both Denmark and Sweden have a fair amount of venues who by law have to pay a good salary. But many venues run on volunteer work and do not have a budget. So, you always have to weigh up if it’s good PR or fun as well.

On the equality front, Sweden is a good place to be, because many venues have a strict 50-50 gender equality policy. This makes it easier for women to get into the art scene compared with other countries, including Denmark.

There is still a pretty generous system of funding in France, with the protected status of the ‘intermittent du spectacle’ giving rights to holiday and sick pay, but this is increasingly under threat. Taxation is high – more than half of the salary is deducted, but in return there is a far greater system of benefits for artists than in the UK.

The Institut Français, the equivalent of the British Council, has a presence in other countries and supports French companies to tour abroad. Cultural life is also more widely valued and supported than in the UK, with a network of well-equipped Centres Culturels in almost every town, however small, right across France.

Théâtre Volière is an Anglo-French theatre company founded in Strasbourg and currently based in London. Marchland, its annual season of performance and interdisciplinary events from Europe’s borderlands, returns to the Bridewell Theatre in March 2019.

Life in the arts across Europe
My Gurus – Natasha Wood