Invest in making an impact

Fran Sanderson says building back better means looking beyond what – and who – we know in funding to demonstrate the irrepressible worth of human creativity. 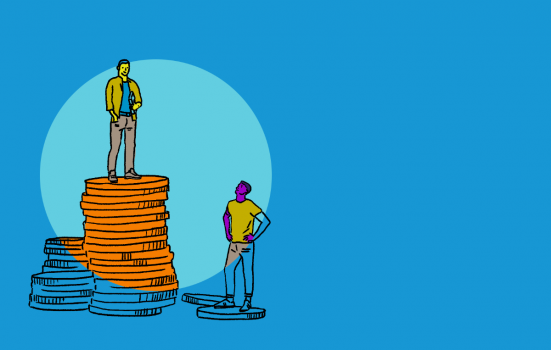 In September 2019, I arranged a call to introduce two of the most impressive women I’ve ever met: Laura Callanan at Upstart Co-Lab in the US and Carolina Biquard of Fundación Compromiso in Argentina. We had no agenda for the conversation beyond making a connection, but I knew the three of us had plenty in common. Both Laura and Carolina have played a central role within their national public arts funder and subsequently progressed to a role that involves mobilising private capital towards constructing a flourishing national creative. I’ve been doing the same in the UK at Arts & Culture Finance by Nesta, with Arts Council England, and other partners such as the Esmée Fairbairn Foundation, Bank of America, Big Society Capital, National Lottery Heritage Fund and Freelands Foundation since 2015.

Three women on three continents, equipped with different tools, began looking at the same problem from different angles. How could we help each other and at the same time create a resource for people across the world? We knew there were others like us who could see the same hidden figure within a block of marble, who wanted to carve out a stable, integrated financial ecosystem that supports creatives to enhance the lives of individuals and communities and deliver impact at scale.

We connected by telling stories – our own and those of the innovators within our local networks. We focussed on the people building initiatives from scratch or transforming organisations from within, those who were driven by artistic endeavours towards engaging and enhancing communities or finding creative solutions to pressing social challenges. We looked for foundations, funders and individuals trialling exciting new funding models. As a first move, Laura suggested jointly publishing of a set of invited essays to showcase the opportunities for capital to drive impact through investing in the creative economy.

The momentum in impact investing is huge. The idea of proactively investing for positive social outcomes has grown over the past few years from a niche corner of the investing community into a global movement, a new and undeniable force within the financial system.

Impact investment brings with it the opportunity to replumb capitalism from within so benefits can be more equitably distributed. It allows the value of both inputs and outputs to be determined based on more sophisticated and holistic measures rather than simple financial metrics alone.

At the same time, creatives the world over are stymied by a lack of mission-aligned capital that would allow them to take risks. It is only by stitching together the successful elements of a graveyard of experiments that we can develop the ideas and models that will carry the creative economy into the 21st century. In the UK we have a development funding landscape with little on offer between the two poles of public or philanthropic subsidy and profit-seeking commercial capital. The consequences of this flow right through the structure of our creative organisations and collectives into the work we experience, the prices we pay, and, therefore, the audiences art can reach. Our collective vision was to create a central resource of inspiration for investors looking to make a difference through funding creative enterprise and endeavour – and then build a community around it.

As we sent out the invitations and started to receive the contributions that would comprise the essay collection, and we realised the importance of seeing this as a beginning. If we used this initial publication as a magnet to attract similar stories from around the world, we would both gather mass and establish the motion required to build momentum. We would also ensure against creating a closed loop and inadvertently inviting stasis and inertia by only involving people we already knew. We decided to build Creativity, Culture & Capital to host all the essays and pledged to grow the collection to 100 essays by the end of 2021.

We contacted UN’s Conference on Trade and Development, which declared 2021 as the Year of the Creative Economy for Sustainable Development, the Global Steering Group (GSG) for Impact Investment, and the British Council, all of which were keen to become partners on the project. We secured Sir Ronald Cohen, the founding father of impact investment and lifelong supporter of the arts and creativity, to write our foreword, and legendary cellist Yo-Yo Ma to pen a conclusion. We spoke at the GSG summit and secured a spot at the UN Culture Summit. The flag had been planted.

This hasn’t been a year to work alone. While so much of the pandemic era has been defined by struggles in isolation, our regular meetings to plot this project became a refuge for each of us, a source of support, encouragement and solidarity across borders and time zones. And the project couldn’t be timelier: our creative economies are at risk of terminal underinvestment precisely as citizens the world over are discovering how vital creativity is to our collective wellbeing.

Arts and culture will always find a way. Crisis after crisis, we see how irrepressible human creativity is. Imagine, as we emerge from this crisis, how our creative sectors could flourish with an abundance of intentional investment and structured support from sympathetic investors who understand what creatives are trying to achieve. We’ve learned from our experience in the UK the significant value in developing deep sector networks that benefit both investors and organisations. Better still, we can collate and gather learnings from across the globe.

The best way to turbo-charge this effort is to raise a global fund that can stimulate more local funding initiatives, centralise learning, and replicate and perpetuate the models that work. How do we go about doing this? Find the stories. Share the stories. Build the future.

Invest in making an impact