Embracing the excitement of resilience

Resilience in the arts may be linked with finance - but for Debbie Richards, it’s really about making bold and exciting changes to realise big ambitions. 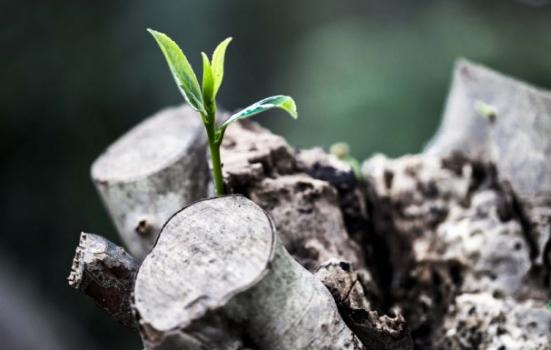 What is resilience anyway? was commissioned by Arts Council England from Golant Media Ventures and The Audience Agency to help inform its next ten-year strategy. The review makes the following observation: “The arts and culture sector appears to have a relatively developed understanding of resilience”, while noting that “The term ‘resilience’ has to some extent become tainted by a context of austerity.”

The review goes on to say that, for many in the setor, finance is intimately linked to resilience. This presents a challenge for the resilience agenda, as I would say there are few cultural organisations fanatical about the financial. Enthusiasm for increasing revenue isn’t what drives most people working in the cultural sector. Consequently, conversations around ‘adaptive resilience’, including how an organisation can best pay for its purpose, are not as exciting as conversations about the purpose itself. It’s even more difficult to embrace a concept when, as the review says: “There is no doubt that many in the sector have come to see ‘resilience’ as ‘code for cuts’.”

At Baker Richards, we are passionate about helping cultural organisations achieve their commercial potential. However, we recognise that outside the commercial sector. this is never an end itself. The reason we get excited about making an impact on an organisation’s bottom line is because the additional income can be invested back into helping it achieve its artistic and social aims, fostering a thriving arts and cultural sector.

In order for the sector to be energised by the concept of resilience, we need to ‘remember the why’. This agenda must be placed in the context of what more organisations could achieve in terms of their purpose as a result of a focus on resilience.

Through our editorial partnership with ArtsProfessional, we have shared a number of case studies of adaptive resilience, as organisations have embraced change to impact their bottom line across what we call the Triple A approach of earned income. Examples range from developing Affiliation by expanding memberships, to increasing Admissions, and to growing Ancillary revenues through the development of retail and catering. But crucially, it’s not just about what activities organisations choose to pursue, but how they choose to pursue them.

As Henry Ford said: “If everyone is moving forward together, then success takes care of itself.” The point about the Triple A approach is that it identifies how earned income streams should be managed and leveraged collectively. It rejects the traditional management of income streams in silos as the responsibility of different departments. Instead, it starts from the perspective of the customer – looking from the outside in – to deliver the best overall outcome.

This means that an organisation moves away from the individual (and often competing) objectives of different departments to consider how the public might want to engage with the organisation as a whole to realise the best overall outcome. Collaboration is crucial and we are delighted to be working with the Arts Marketing Association (AMA) and Arts Fundraising & Philanthropy to deliver Shared Ambition, a change programme focused on bringing marketing and fundraising functions closer together.

The report also identifies, amongst a number of resilient behaviours, the importance of how an organisation “measures progress and learns” and “how it responds to change”. Beyond the cultural sector there are many examples of adaptive resilience or reinvention. Think of IBM abandoning its core business of selling PCs and hardware to focus instead on providing IT expertise and computing services to businesses. Or Netflix’s evolution from a DVD rental business to a subscription-based streaming service.

But we should equally remember the stories of those who failed to embrace change. Blockbuster filed for bankruptcy in 2010 having failed to make the transition to a digital model (including a decision not to buy a very small niche business called Netflix for $50m ten years earlier).

Many people know that Kodak’s business failed as a result of the growth of the digital camera, although not everyone realises that the digital camera was invented by an engineer who worked for Kodak. Fear of change prevented it from leveraging its own invention for fear of eradicating its existing camera film business.

Does fear of change mean your organisation focuses on small, incremental improvements or are you at least considering bold changes to realise big ambitions?

Here are some concluding thoughts for organisations to consider in addressing resilience: