The AAA of income

Are you leaving money on the table? Tim Baker explains how taking an integrated approach to earned income can help arts organisations improve their bottom line. 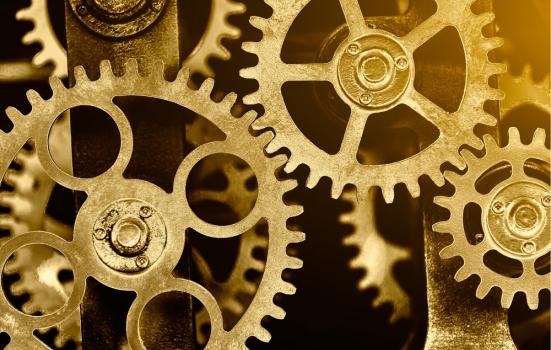 Want to increase earned income? There are several of ways of doing it – and several pitfalls along the way. For example, a Friends scheme offers the prospect of a valuable revenue stream for many cultural organisations, who can really benefit from having a loyal base of customers who will also advocate on their behalf. But too often, in trying to expand their membership, organisations offer their Friends a benefits package that actually costs them money: not very friendly.

This situation often results from a lack of joined-up thinking. By focusing simply on maximising the number of Friends, an organisation may fail to consider how delivering a package of benefits affects the bottom line for the whole organisation, or whether offering benefits that cost the organisation less might be equally effective.

The problem here is not confined to Friends schemes, but it illustrates the dangers of a lack of an integrated approach to earned income. This usually occurs because responsibility for different earned income streams sits in different departments, working in isolation to achieve different targets.

An integrated earned income strategy is based on the inter-relationship between the three key areas of income generated from arts consumers:

Organisations should seek to maximise the income from their customer base by optimising sales across these three areas – the three ‘A’s – cross-selling and up-selling between each.

The pricing of all three areas is inherently related. For example, changing the price of admissions may directly affect the perceived value of an affiliation programme, where benefits include free or discounted admission. In all cases the prices charged for one element affect a customer’s perceptions of the prices being charged in another area.

There is another perspective, beyond simply maximising total income, which is related to overall profitability. Each of the three ‘A’s operates on a subtly different business model:

To return to our Friends example: we see many benefits packages where discounts are offered on ancillary items, such as food and beverage. But this means that even a small discount could have a significant cost. If the margin in your restaurant is 40%, then offering a 10% discount is costing you 25% of your retained income.

By contrast, a 10% discount on an admission is likely to cost you closer to 10%. For presenting venues it may cost even less – depending on any producer deal, you might be retaining as little as 20p in every £1 so a 10% discount on a £20 ticket is worth £4 to the customer but would only ‘cost’ you 40p, while you retain all the affiliation income.

In that circumstance, it makes sense for any promotional discounting associated with affiliation to be applied to admissions, especially where there are unsold tickets, rather than ancillary sales. Of course, should you wish the affiliation income to be eligible for Gift Aid, you must also restrict the value of the benefits offered in line with HMRC limits. Ideally, the benefits of a membership scheme should have a high value to the customer and a low cost to you, such as priority booking or exclusive access to dress rehearsals.

A problem shared is income earned

An understanding of consumer psychology can help you to encourage customers to engage across the full range of your organisation’s commercial offer. Are your sales channels integrated or are your products promoted and sold in silos? Do your affiliation programme and ancillary offers support your organisational objectives for admissions? Do your prices incentivise up-selling and cross-selling of the appropriate add-ons? Do you have clear up-sell and cross-sell messaging and have your staff been trained to deliver it?

Crucially, an integrated earned income strategy aims to develop offers with effective pricing and promotional strategies for each of the three areas in a way that means they work together. By optimising the relationship between them you can achieve the best outcome for the overall bottom line.

Tim Baker will be discussing how to develop an integrated earned income strategy at UK Theatre’s Business Resilience Conference on 2 November 2017.