Are we at last taking environmental issues more seriously?

New research reveals a growing engagement with sustainability and other environmental issues in the arts sector – beyond the financial benefits. Chiara Badiali shares the findings. 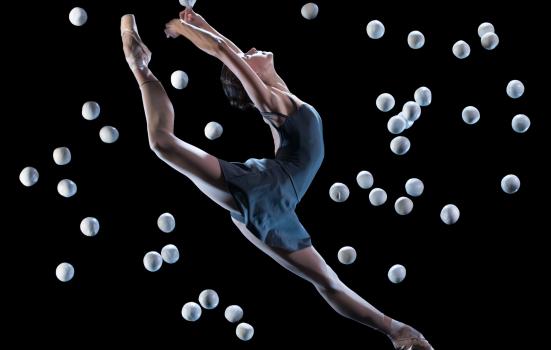 In the midst of the glittering annual awards season, all eyes are on the arts industry as it celebrates achievements in film, music, theatre and television over the last year. But while A-listers have been practising their speeches and gracious defeat faces, a set of more subtle-yet-profound achievements have been celebrated elsewhere: the surge of the arts and culture sector over the past three years towards a greener, more sustainable industry.

The 2014 survey Sustaining Creativity gave a first glimpse into the environmental values of the cultural sector, notably that commitment was strong among organisations that were funded by Arts Council England, undoubtedly because they were part of its flagship environmental programme. However, back in 2014, climate was still a relatively low priority. Leadership was coming from the middle of organisations and most boards and senior management were disengaged.

The Creative Climate Census, a triennial attitudinal study recently released by Julie’s Bicycle, opens up the dialogue about creativity and climate action beyond the counting of carbon. We surveyed the attitudes and behaviours of decision-makers across the cultural sector: combined arts, dance, literature, museums and heritage, music, theatre and visual arts.

We wanted the bigger picture of how people in the industry feel about climate and the environment. Is it important to them? Does it sing to their values, their mission? Does it inspire them to think creatively about their work and push new boundaries?

The census, which attracted almost 500 responses, mainly from CEOs and directors representing an estimated turnover of £1.1bn of cultural activity, shows that commitment to action is now emerging from senior leadership.

There is a deeper, more holistic sense of engagement with sustainability. Organisations are exploring climate change and environmental issues in relation to their creative values as well as operational practice. While the cost-saving benefits of going green are a dominant motivator (over half the respondents reported financial savings), almost everyone considers environmental sustainability to be relevant to their organisational vision and mission. This is a big change in thinking.

This theme is a catalyst for new partners beyond the usual suspects. And something else seems to be happening: artistic output about, or with, environmental themes is on the up. The census has captured a wide range of creative work, programmes, performances, events and installations with environmental themes and a strong educational commitment running throughout much of the work.

As for how this translates into tangible action, arts organisations are finding creative ways to embed sustainability into their practice depending on their needs and capacities. In 2016/17, Newcastle-Upon-Tyne’s balletLORENT booked its tour dates in geographical order to reduce the carbon footprint by an impressive 47% and the annual company travel cost by two pence per mile.

The Bush Theatre in London placed environmental sustainability at the heart of its recent redevelopment. 97% of materials used for renovations were from recycled sources, energy-efficient technologies were installed, and a green sedum roof is improving insulation and supporting the local ecosystem.

What is driving these shifts? Since our first survey we have welcomed the UN’s 17 Sustainable Development Goals and the Paris Agreement, as well as witnessing major political upheavals. Brexit negotiations offer uncertainty while threatening to take EU environmental standards down with them, and the view currently held by the White House on climate and the environment makes it difficult not to wring our hands in despair.

So, what has inspired arts and culture organisation across the UK to mobilise and take action in what’s shaping up as a creative climate action movement?

While there is widespread consensus among the scientific community on the causes and effects of climate change, two thirds of people state they have never had a conversation about the subject. But according to a recent European study, over half of the UK population think we are already feeling the impacts of climate change, and almost two thirds are worried about climate change. Artists and cultural organisations are stepping into this gap: making the links between unspoken emotions and practical action, and in the process strengthening their relationships.

When it comes to the reality of climate change, the facts and figures surrounding it are striking. But these are often hard to relate to our human values, interpret through our daily life, or turn into action when the enormity of the task seems overwhelming and the language stark and impenetrable.

The growing creative climate movement is recognising the opportunity to place arts and culture in the foreground, as key to shaping public engagement with climate change and other environmental challenges. The benefits go back to creative practice and resilience. We are seeing artists:

The scale of transition needed for sustainable living is like nothing before. But, as the evidence mounts relentlessly, we are at a crossroads. Many are choosing the less travelled but more sustainable road. The arts have a vital role in shaping our ideas, values, cultural norms and inspiration. With a focus on embracing a sustainable cultural economy, combined with the joyous inspiration of the creative community, we can really make a difference.

Chiara Badiali is a researcher and facilitator at Julie’s Bicycle.
www.juliesbicycle.com

Time to make a noise
Are we at last taking environmental issues more seriously?