Muslim communities are regularly assailed by poor generalisations and by impoverished stories written by ‘someone else’, which are not just mediocre but harmful, writes Raheel Mohammed. 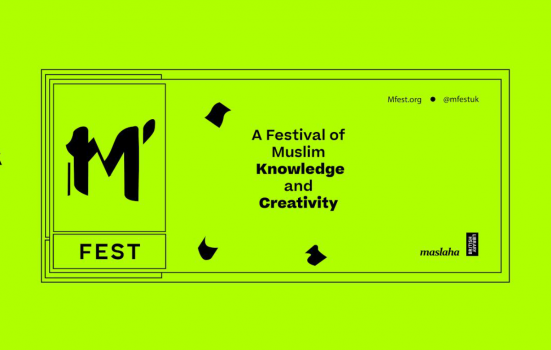 In 1975 at Portland University, Oregon, the writer Toni Morrison spoke of the need for narratives and writers to describe the finer details as an urgent, moral responsibility:

"Right after pitch and rice but before tar and turpentine, there is listed the human being. The rice is measured by pounds and the tar and the turpentine is measured by the barrel weight. Now there was no way for the book entitled The Historical Statistics of the United States from Colonial Times to 1957 to measure by pound or tonnage or barrel weight the human beings. They used only headcount."

She went on: “There was a difference, apparently, between the number shipped and the number that actually arrived … Who was absent at the final headcount? Was there a 17 year old girl there? With a tree-shaped scar on her knee? And what was her name?”

Toni Morrison was highlighting the nature of those who have power and who record historical narratives to make large distinctions to the detriment of the finer ones. But she went on to the make the point that what is important is the ability to make distinctions “and the smaller the distinctions made, the higher the intellect that makes them”.

It should always be the role of artists to make these finer distinctions, but this becomes a challenge for Muslim/Black/Brown artists who face an arts sector which is not attuned to these more complex narratives, and instead opts for the generalisations Toni Morrison describes.

Muslim communities experience these narratives as a form of brutality in their one-dimensional nature. They become the norm, a palatable representation which makes it harder for Muslim artists to create work that is not only challenging and experimental, but also expansive enough to hold the myriad and complex experiences we inhabit.

And countering these narratives while celebrating marginalised stories is a fundamental part of MFest, a new multi-arts festival of Muslim knowledge and creativity produced by Maslaha in partnership with the British Library. Maslaha works to change and challenge the conditions that create inequalities and barriers for Muslim/Black/Brown communities in education, criminal justice, health and on the basis of gender, within an ongoing climate of Islamophobia, racism and negative media coverage.

To understand why these barriers exist, it is important to understand the wider political, economic, social, cultural and historical challenges and social justice issues facing Muslim communities and our work at Maslaha. A significant proportion of the communities we work with live in deprived inner-city areas. Muslims surpass all other faith groups in levels of unemployment, economic inactivity, ill health, educational underachievement and poor housing conditions.

Muslim communities also face constant negative media coverage as well as disproportionately being targeted by government policies such as Prevent which places a legal duty on public service providers to report signs of radicalisation. This has led to whole communities censoring themselves and parents avoiding having conversations about politics or religion in case their child says something at school that could be misconstrued.

Artists, some at the margins of the arts landscape, have been responding to this political and social environment, while mainstream organisations remain largely silent.

It is in this context that MFest seeks to create a space in community with artists, thinkers, activists and organisations to celebrate Muslim knowledge and creativity and the collective power that it represents. It not only enables us to explore our histories and ancestral knowledge but also to imagine a thriving future. In this way we hope to build an infrastructure and to create sustainable and tangible opportunities for Muslim artists to create freely, not within parameters set by others.

MFest is a 3-day festival, but more than that it is an experimental space to create community-generated programmes of learning and practice. There are panels on Muslim writers in fantasy and genre fiction, and we’re running a short story competition in partnership with Hajar Press. The latter is aimed at nurturing Muslim writers and ensuring this process is led by Muslim/Black/Brown communities who are comfortable and enthusiastic about challenging, complex stories. Those finer details again.

Ensuring the marginalised are not excluded

The programming must be unapologetic, militantly so, because the times demand it. It means ignoring the artificial borders that are placed around the production of creative work, whether those borders are geographical, cultural or based on power. It also requires working truly collaboratively, ensuring there is enough trust between partners to take risks. And of course, ensuring that those who are most marginalised are not excluded. MFest is fundamentally about Muslim communities writing the next chapter on our own terms.

As Audre Lorde writes: “Those of us who are poor, who are lesbians, who are Black, who are older - know that survival is not an academic skill. It is learning how to take our differences and make them strengths. For the master's tools will never dismantle the master's house.”

Raheel Mohammed is Founder and Director of Maslaha