Do we still need record labels?

The costs of making and distributing music have both come down, but streaming income is very low. John Funge examines the financial challenges facing artists trying to promote their own music. 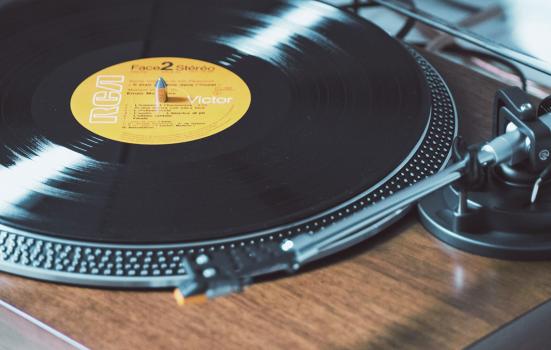 It used to be every artist’s dream to get a record deal – it meant they had ‘made it’. And there were some good reasons for thinking that way. The record labels had a lot of power and influence over what music we all listened to. The record labels also took a risk by manufacturing large quantities of CDs, vinyl, and cassette tapes in the hope that they would sell. The labels offset these risks by keeping most of the profits themselves with artists often getting less than 10%.

But with the advent of streaming services like Apple Music and Spotify everything has changed.

Consumers are increasingly shifting to digital format. In 2020, no artists are talking about CD or vinyl sales. Getting your music to millions of listeners is extremely cheap and efficient. Distributors like DistroKid can deliver unlimited songs to streaming services around the world for as little as $19.99 a year. This digital distribution has no physical items involved, no record, no label.

Perhaps most importantly, the distributor also makes sure that the artists get paid by those different services.

This has led to a new generation of direct-to-consumer artists who are digital natives. They are born and raised on Instagram and YouTube, and communicate fluently in likes, views, collabs and shares. They are also totally at home doing their own promotion, marketing, branding and, of course, recording their own music – all without the help of a traditional record label. And for artists who need some help navigating this new world, there are also online music academies out there to teach them about music marketing, royalties and licensing.

While the cost of making music and distribution have both come down, streaming income comes in at a much slower rate than in the days of CDs. In the days of physical distribution, sales of a new CD could generate a quick return. Even if streaming sales may end up being higher, at a rate of about £4,000 for 1 million Spotify streams it can take years to get to that point.

Meanwhile new instruments are still expensive and making a YouTube video, funding merch, or buying into a tour also require money. More importantly artists need time to spend on creation which is hard if you must hold down a regular job to pay the rent. Traditionally, that’s where the other role of music labels came into play: providing artists with money in the form of an advance. The danger of a traditional advance is that artists can either lose their creative direction in a label deal or end up paying it back way beyond the anticipated period. That can leave artists with no income once the advance has run out and so young artists have learned to be very cautious of label deals.

Alternatives to a label advance can be to rely on savings, family, friends, credit cards, or crowdfunding. But those options can be either unavailable, undesirable, unreliable or too time consuming.

However, many of these self-directed artists often already have some streaming income – if there was just a way to get it paid in advance, then that could be a solution. Fortunately, there are now several companies that provide such a service. But artists still need to be careful because many offerings are not available to smaller artists, have predatory terms, saddle the artist with debt, or tie the artist to a distributor.

But the fundamental issue with all traditional advances or loans is that artists bear the burden if the projection of their future income, on which the advance is based, is inaccurate. For example, suppose an artist is told that they should be able to pay back an advance from their streaming income in 6 months. But suppose the streaming drops for some reason, like a playlist change – or Covid-19 – the company making the advance is not on the hook for the discrepancy. It is the artists who ends up still having to pay back the advance over a much longer time period.

Artists are not financial experts and predicting future income is hard. Even a catalogue with just 4 tracks can easily have 1,500 rows in their one-month royalty statement. Most artists have more than 4 tracks, which makes it hard to figure out how much money you made, let alone how much money you will make in the next year or so.

Traditional advances the incentives are misaligned. What musicians need is for those who make the income prediction to stand behind it, so that an artist owes nothing they get it wrong. For example, an artist received £10,000 to buy 20% of 10 tracks streaming income for 2 years, then the deal would end after 2 years, even if the backer hadn’t fully recouped their money. By making a large number of small bets, those lending the money would get it right on average, and the artist wouldn’t be on the hook if they got it wrong. It would be a more socially responsible financial approach that could help them with a self-directed career.

Taking a step back, it is natural to ask if record labels are needed at all any more? Labels are out of the distribution loop, and have lost one of their biggest value propositions. Granted, labels still control big playlists, from where artists could gain lots of exposure. However, streaming platforms’ recommendation algorithms are fast becoming the main way that consumers discover new music that they love. We believe this trend will continue and play in favour of the independent artist.

It is also interesting to consider how the shifting role of music labels is part of a broader trend where the role of intermediaries is changing. In TV and film the traditional studios are being challenged by companies like Netflix. For visual artists the role of galleries is being supplanted to some extent by various online websites. And the craft sector is being transformed by direct sales online through sites like Etsy rather than through specialist retailers.

While some of the middlemen are being eliminated, in many cases they are being disaggregated into different services. In the future, we may see companies that specialize in supporting different aspects of the creative process such as production, distribution, marketing, and financing.

Data will be the key driving force behind many of these successful services and the hope is it will become easier for talented creatives to be successful. That in turn will remove barriers and increase diversity in the creative class. One day, we’ll hopefully live in a world where no talented musician, film maker, craftsperson, or visual artist must give up just because they don’t have enough money or access to services to support their creativity.

John Funge is CEO of The Music Fund

John has absolutely hit a key point about distribution and income for musicians but it also applies to writers and, as he says, makers in the craft sector,and visual artists. In 6 Positive Steps to Improving Creative Distribution we at BCre8ive pose not only the problems of income for creatives but look at possible solutions - you can find our blog here - https://blog.bcre8ive.eu/6-positive-steps-to-improving-creative-distribution/

Do we still need record labels?