Truly embracing neurodiversity means being open to a wider spectrum of mindsets as well as setting targets, says Paula Graham-Gazzard. 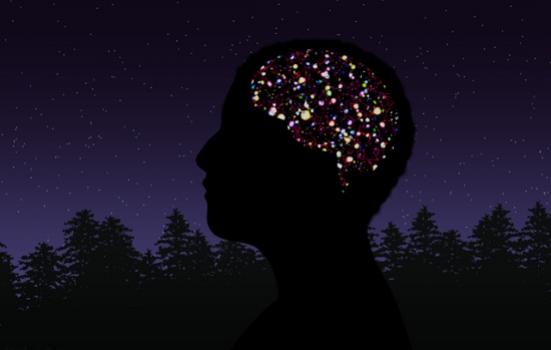 The term ‘neurodiversity’ covers a range of differences in cognitive processes and/or sensory experience including autism, ADHD, dyslexia, dyscalculia, dyspraxia and associated neurological issues such as synaesthesia and other sensory sensitivities. These are hidden disabilities. It’s hard to tell how many neurodiverse people are actively involved in the visual arts because, while some are happy to declare neurodiversity and discuss its role in their practice, many do their best to ‘mask’ neurodiversity for fear that stigma may negatively affect their careers.

The issue of neurodiversity in the visual arts seems somewhat paradoxical. On the one hand, the inherent originality of neurodivergent thinking has historically made a unique contribution to shifting perspectives in the arts, where originality is highly valued. The idea of informal, socially driven frameworks and self-organising spaces that foster critical freedom is also highly prized. However, a relatively anarchic social environment can result in a “tyranny of structurelessness” in which social acuity – subtly manoeuvring through covert hierarchies – becomes vital to professional success. Autistic people characteristically struggle to interpret fuzzy social agendas or subtle signals, and this may become a very real career disadvantage if reasonable adjustment is not offered. By analogy, a wheelchair user becomes disabled if there are no suitably accessible facilities. So what can be done to create a fairer environment for neurodiversity?

Since the Equalities Act 2010, there has been significant progress both in public perception and legal protection for disabled people, and diversity is a key strategic theme in Arts Council England's (ACE) draft strategy for 2020-30. ACE recognises the successes of the arts so far in creating stronger communities and enriching people’s lives, but also sees a persistent lack of diversity and the need for a more structural approach. Referring to the Creative Case for Diversity, ACE calls for more awareness around who is commissioned or employed, what repertoires are staged, and which exhibitions to mount. And it proposes a new framework that takes a holistic approach to inclusivity and diversity with targets and monitoring. This approach, backed by investment strategy, is very welcome and should go some way toward mitigating institutional discrimination. In addition, it would be good to see more practical steps such as work-related diversity training, employment outreach to neurodiverse communities, flexible working, accountable employment practices, and reasonable adjustments to neurodiverse employees’ working conditions.

What’s slightly worrying, however, is that while ACE’s National Portfolio Organisations have been required to have a diversity strategy since 2001, these have had minimal impact beyond the confines of engagement teams. This prompts us to focus on some fundamental tensions that may be holding back efforts to improve diversity. To what extent is a structural approach to diversity compatible with the minimal formality and accountability that is an assumed precondition for artistic freedom? Could one person’s structureless creativity be another person’s social exclusion?

Part of the answer may lie in understanding intersectionality. Markers of discrimination such as race, disability, gender and sexual orientation have tended to be treated as monolithic properties when the lived reality of discrimination for those individuals is actually fluid and contextual: similar behaviours are interpreted differently depending on who is displaying them. For example, the set of characteristics which prompt an autism diagnosis have been clinically characterised as a form of ‘hyper-masculinity’, a stereotype that lead to autistic women being stigmatised as ‘mannish’ or brusque (thankfully, this is now being challenged). Black people may be stereotyped as ‘strong’ or ‘aggressive’, which evokes the ‘hyper-masculine’ stereotype of autism, particularly when intersected with gender or class.

In a similar way, uncomfortably accurate critical insights delivered with an autistic lack of preamble by less privileged speakers may be interpreted as hostile. By contrast, socially challenging and even floridly aggressive behaviour by more privileged people may be celebrated as amusing ‘eccentricity’ or positively associated constructs like ‘artistic temperament’. This is, in effect, a discriminatory environment and many autistic people invest an exhausting amount of energy into trying to avoid social exclusion by ‘masking’ their disability. It would seem more reasonable and equitable to adopt a ‘double empathy’ approach, where both neurodiverse and neurotypical individuals work to accommodate each other.

Another issue is how diversity in the arts is currently modelled. When conversation turns to diversity, the focus usually shifts from productive environment to public engagement, following the general drift of government strategy towards ‘wellbeing’ or ‘social cohesion’ agendas. This can lead to an emphasis on amateur or therapeutic production which is not primarily motivated by critical concerns. It is easy to think of neurodiversity in these terms and focus on the benefits offered to neurodiverse people by amateur participation in the arts. It may be more challenging to integrate divergent ways of thinking, being, or interacting into professionally productive environments.

Curators puzzle over how to be critically excellent and culturally democratic at the same time, and cultural democracy often ends up being synonymous with ‘amateur’. This would seem to miss the point: that critical excellence may come bearing diverse gifts. What is needed, alongside the kind of positive infrastructural action envisaged by ACE, is a widening of the discussion of how we situate and produce contemporary visual art. We need to open up to new voices and cross-cultural alliances to revise what should always be just a working draft of art history rather than a canonical frame of reference – but also to think about how visual arts practices are taught and spaces are organised. If we can embrace a wider spectrum of mindsets and practices, we may find there actually is no contradiction between critical excellence and diversity, that originality can flourish in a variety of critical processes and spaces – and that the innately innovative nature of neurodivergent thinking is an asset rather than a problem.