A key barrier to growth in the immersive technology industry is a lack of content. It’s a gap tailor-made for the cultural sector to step into, says Tonya Nelson. 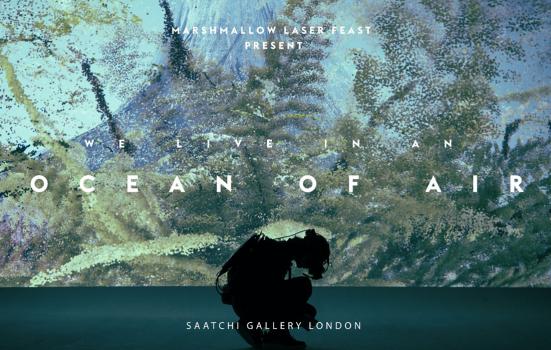 The time for arts and culture organisations to embrace immersive technologies is now. While studies indicate that the adoption of virtual reality (VR), augmented reality (AR) and mixed reality (MR) technologies is not keeping pace with estimates, there are signs these technologies are beginning to go mainstream, particularly in the creative industries.

In my first week as Director, Arts Technology and Innovation at Arts Council England (ACE), I was introduced to a range of VR, AR and MR experiences produced in an arts and culture context. Overall, I was impressed with the level of engagement the technology now makes possible, as well as the quality and diversity of the content produced.

Given that one of the biggest barriers to growth in the immersive technology industry is a lack of content, the conditions are ripe for arts and culture organisations to use these technologies to tell new stories and engage audience in new ways. A strong body of work produced by the sector could significantly influence the development of the market and demonstrate how these technologies can be used for social good.

The immersive technology sector is growing. Despite the fact that sales of AR and VR headsets declined last year, it is predicted that the headset market will return to growth this year, ultimately reaching 65.9 million units by 2022. With the creative industries dominating the VR sector (representing over 60% of the European market, primarily in the areas of gaming, live events and video entertainment), there is a growing appetite for the type of content produced in an arts and culture context.

‘Spheres’, a virtual experience produced by Hollywood director Darren Aronofsky, was sold at the Sundance Film Festival for a seven-figure sum last year - a first for a VR project. As a result, many technology companies are seeking to work with artists and cultural sector practitioners to produce immersive experiences.

An example of this is Marina Abramovic’s work 'The Life', which premiered at the Serpentine Gallery in February. The world-renowned live performance artist translated her work around mindfulness, presence and energy into an MR experience in which she is present only in virtual form. The work was created in partnership with Tin Drum, a 3D capture studio that produces performances for MR devices, like Magic Leap glasses. Tin Drum’s founder said he actively reached out to artists to get their ideas on how to transfer live performance into a wearable AR experience. The Life is Tin Drum’s first work in an exhibition context.

However, it not just well-known artists who are able to make work in this space. Marshmallow Laser Feast, a collective of digital artists, has developed a series of works that connect audiences with the natural world through immersive technology. Its current work ‘We Live in an Ocean of Air’ at the Saatchi Gallery, is a multi-sensory VR experience in which the breath and pulse of the participants are visualised in real time as they navigate through a virtual forest.

The integration of body monitoring technology pushes the concept of mixed reality into new territory. At a certain point in the 20-minute experience, the virtual forest dissolves into brightly coloured shapes and lines, generating a feeling of floating in air.

Arts and culture organisations often cite funding and skills as barriers to experimenting with immersive technology. My work will help organisations to address these issues. However, there are programmes that already provide support in this area. For example, CreativeXR is a programme developed by Digital Catapult and ACE that has offered £20k grants to develop immersive tech prototypes.

In addition to funding, the programme connects grant recipients to a network of experts and offers access to Digital Catapult’s labs. ACE’s Project Grants programme has been designed to support a wide range of work, including immersive projects, and we are keen to see more applications that focus on digital.

The work produced as a result of the seed funding provided in the first round of CreativeXR grants demonstrates the range and quality of content possible. A VR experience created by VR City called ‘Common Ground’ allows audiences to explore the story of the Aylesbury housing estate in south London. Visualised using photogrammetry, 3D video and modelling, and archive film, the audience is transported into the estate and can navigate through its public and private spaces.

‘Immersive Histories’, created by All Seeing Eye, is a location-based VR installation which allows the audience to experience the famous Dambusters mission from the perspective of the crew inside the Lancaster Bomber aircraft. ‘Fatherland’, created by Limbik, is a theatrical experience that combines real-time motion, live video-projection and virtual reality to involve audiences in the story of an elderly man’s dementia.

We are also working to ensure the best immersive projects receive national and international recognition. For example, we are collaborating with British Underground to create a future art and culture showcase of immersive work for SXSW, the leading interactive media, film and music festival, held in Austin in the US. Platforms like this not only build the UK’s profile in this industry - they also offer the organisations involved opportunities to develop international collaborations and partnerships.

Movies like Ready Player One and television shows like Black Mirror predict dystopian futures in which technology leads to human alienation and destruction. The immersive projects I have seen demonstrate the opposite: these technologies have the power to make us more aware of ourselves, empathise with the circumstances of others and connect to natural world.

If arts and culture organisations seize the opportunity to produce immersive content now, they can play a critical role in demonstrating how these technologies can be used for social benefit, giving us more insight into the human condition and offering a means for deeper contemplation about the world around us.