Are your trustees on board?

The Charity Commission’s new fundraising guide has transformed the role of trustees. Samir Savant considers whether it is a change for the better. 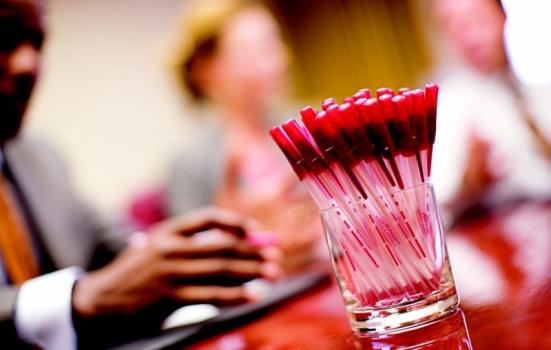 In June of last year the Charity Commission issued Charity fundraising: a guide to trustee duties (CC20), that almost overnight transformed the role of trustees in the fundraising activity of their charity. A comprehensive checklist lists exactly what is required of all trustees and the Institute of Fundraising (IoF) has also issued its own practical toolkit to complement the new guidelines. However, most of us cultural sector fundraisers are still trying to figure out the implications of CC20, especially what the practical impact on our day-to-day fundraising will be.

What is clear is that trustees are now responsible for making sure that their charity’s fundraising is carried out legally and complies with the Code of Fundraising Practice. In the case of arts organisations, there are particular issues around data protection. More broadly, trustees are also required to have an informed overview of fundraising within their organisation, which includes supervising all relevant activity, not simply delegating to in-house staff, and making sure that it all fits within the ethos and overall aims of the charity.

Why not invite your donors on to your board to get their voices heard at the highest level?

As Peter Lewis, the IoF’s CEO, states: “It is crucial that trustees, in their governance role, take an active interest in fundraising to help ensure that the values of their organisation are reflected in the way they raise money.”

Many creative organisations are increasingly dependent on philanthropic income but do not have the resources to recruit professional fundraisers. So donations are solicited by the CEO, artistic or executive director or senior volunteers, including trustees. As the vast majority of gifts to arts and heritage are from individuals, the role of trustees in planning the strategy and determining the resources required for an individual giving programme has never been more important.

So surely CC20 can only be a good thing? As a member of the IoF’s Cultural Sector Network, I have heard mixed opinions from my peers and colleagues over the past few months. It would seem that CC20 has uncovered some wider and more long-standing issues that we need to address head on if we are to restore public confidence in fundraising and build long-term, meaningful and positive relationships with a growing body of donors.

Trustees do not need to be fundraising experts, but boards need to have a thorough understanding of fundraising and be aware of latest best practice. What better way to make this happen than by encouraging more fundraisers to become trustees?

I would urge all fundraisers to think about joining a board (I myself am a trustee of Shobana Jeyasingh Dance), or at the very least have a say in the recruitment of new trustees. I was Director of Development for over ten years, first at Shakespeare’s Globe, then the Royal College of Music, and in both places I was able to influence board recruitment, and we enlisted trustees specifically with fundraising expertise.

It would seem that this is a view widely held in the sector. In the IoF’s Get Raising report, 92% of fundraisers surveyed said that having a fundraiser on their board would help them with their job, and 81% said that fundraising skills and experience were lacking among their trustees.

I feel that part of any trustee’s duties should be to meet donors and hear their views directly. Most trustees would rather run a mile than have to ask for donations, and this should absolutely not be a part of their role if undesired. However, trustees should be involved in stewardship – attending donor events and thanking donors personally for their gift. This is often a good way for them to become familiar with how fundraising works within your organisation.

I remember hearing about keeping two extra ‘empty’ seats at all board meetings, one for the voice of the staff, and one for the donor. I would advocate going further than this. Why not invite your donors on to your board to get their voices heard at the highest level?

Donors are the most passionate and committed individuals involved in the charities they support, and nowhere is this more true than the cultural sector. How many plays, concerts and exhibitions do donors attend, compared even to full-time members of staff? Their feedback is crucial.

All arts organisations should aspire to 100% board giving. It’s not about huge gifts – the mantra should be ‘thoughtful, appropriate giving’, and the ‘I give my time’ excuse is now wearing thin. If members of the governing body are not themselves giving, when they are closest to the strategy and direction of the charity, why should donors?

Donors are inspired and reassured by a board that gives, and if trustees are also donors they will feel more comfortable asking others to join them.

Are your trustees on board?