Online ticketing: a period of consolidation

In July 1999, Coventry’s Belgrade Theatre became the first theatre in the UK to sell tickets online. Kate Cripps explores the bewildering range of ticketing opportunities offered by the Internet. 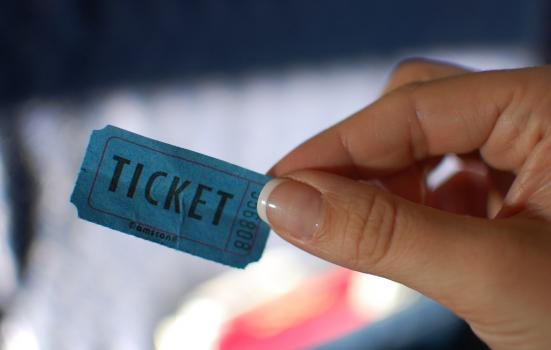 In July 1999, Coventry’s Belgrade Theatre became the first theatre in the UK to sell tickets over the Internet. Two months later, the National Gallery followed suit, becoming the first UK gallery to install an online ticketing system. Since then the floodgates have opened wide, and today, arts venues and organisations across the country are selling tickets via the Web.

According to research by online ticketing agency First Call, theatre ticket sales will be the fastest growing area of the online leisure ticketing market, with consumer spending increasing from £2.4m in 1999, to around £84m by 2005.The reasons for this tremendous growth can be attributed to four key factors:

1. Tickets are an extremely eCommerce-friendly commodity

While in this context, books and CDs naturally spring to mind – being easy and inexpensive to pack and post, and small enough to fit through the average letterbox. But tickets, be they airline tickets or tickets to a sporting event or theatre production, are even better suited to web commerce. Not only can they be posted in a conventional envelope at no extra charge, but with the introduction of electronic tickets, they can now even be sent in digital format directly over the Net. For example etix.com provides ‘[email protected]’ technology for value-bearing documents (i.e. tickets) purchased online.

The huge increase in the popularity of text messaging (UK mobile phone users currently send around one billion text messages a month! [1], means that customers can now also receive electronic tickets via their phone or handheld computer on the move, anytime, anywhere! For example, mobile ticketing specialist mTicket has launched a service, which delivers tickets for films and night clubs directly to a customer’s handset, while arts marketing and fundraising agency, The Phone Room, and audience development group, MAX (Marketing the Arts in Oxford), are currently piloting a text messaging scheme targeting students in Oxford with discounted standby theatre tickets.

The absence of any real, physical ‘product’ means the vendor can forget about many of the problems commonly associated with eCommerce fulfilment (lost or damaged orders for example) and focus instead on improving the service to customers through the development of innovative marketing strategies - reducing costs for the seller and increasing convenience for the buyer.

2. The continuing growth and increasing maturity of Internet audiences is driving eCommerce.

The latest figures from the Internet audience research group Jupiter MMXI, reveal that despite a slowdown in some commercial Internet activities (online advertising revenues are down, for example) user figures continue to soar. More than 16m people in the UK (over 26% of the population) logged on in October. By the same token, people are also spending longer online, and buying more goods and services – in October, 8m people in the UK purchased goods or services over the Net [2]. In North America, where the online population is generally regarded as being around 18 months ahead of its UK counterparts, 180.7 million or 65% of the total population has online access at home or at work [3]). Growth rates in the UK, therefore, look set to continue to rise.

3. The explosion in the number and variety of arts and leisure-specific websites is increasing the opportunities for enthusiasts to buy online.

Overseas users, in particular, will log on to a portal or ‘infomediary’ to find out the latest developments in the London or regional theatre scene, before deciding which productions they want to purchase tickets. It’s clear that Internet users see a ticket purchasing facility as a natural extension of a theatre reviews page, with the site either acting as a booking agent or linking directly to the appropriate venue or promoter’s box-office via an affiliate marketing arrangement.

4. Consolidation has created stability within the market for online ticketing solutions.

Two years ago, during the height of the dotcom boom, the major source of debate with regard to online ticket sales centred on fears that the leading technology providers would exploit their position for commercial gain, imposing blanket booking charges and restricting access to online customers. Organisations representing the interests of the arts sector urged The Arts Council of England (ACE) to back the development of an open booking system ‘of, by and for’ the industry. ACE looked long and hard at the suggestion but an industry portal never materialised.

Other issues also drew attention. For example, as consolidation saw the smaller technology suppliers acquired by the industry leaders (invariably from the US), theatres that bought into systems developed by smaller firms often found themselves nursing obsolete or unsupported technology, post acquisition.

It seems highly unlikely that an arts organisation purchasing a new system today will get caught in a similar predicament. In short, the industry two years ago was characterised by uncertainty and transition, while today it is a great deal more stable. Some might argue that the existence of just three or four major systems vendors means reduced choice for the purchaser, but the market is still highly competitive and costs have, in fact, come down, while contracts have becomes more flexible.

While an industry-sponsored open interface (API) is still seen by some as the ideal solution for the arts sector, this seems increasingly unlikely to happen in the immediate future. In the meantime, UK arts venues looking to implement or update an online ticketing system have four major options to choose from:

2. A bespoke solution. Dozens of new media development agencies can supply a customised box-office and secure transaction system, usually as part of a wider web site design and build programme. Such systems are designed to match each individual client’s exact requirements. Odeon cinemas, for example, chose to build their own in-house bespoke system, which went live at the beginning of the year.

3. Ticket agents. Ticket agents, such as American owed Ticketmaster, can sell your tickets for you. They receive an allocation of tickets from a venue, and then charge booking fees to sell this inventory via their heavily trafficked, globally marketed sites.

4. Hosted service. Hosted online ticketing services, such as ts.com’s ‘ticketingsolutions’, are supplied by way of a total packaged service, paid for via monthly or annual rental charges and a transaction fee on each ticket sold. The advantage of this is that the ticketing function can be branded to match that of a client’s existing website.

Each of the solutions offers both potential advantages and disadvantages to the purchasing venue or organisation. In assessing these pros and cons, clearly, the importance of audience development marketing programmes cannot be underestimated. Whether the aim is to increase income, maximise market opportunities, enrich the audience’s enjoyment or embrace wider, more diverse audiences, the ability to build an accurate understanding of customer behaviour is key. By the same token, poorly managed strategies can be wasteful and unproductive, or can result in unsustainable short-term gains.

Most major venues use a combination of agencies and their own box-office system to sell tickets online. The National Theatre for example, allocates a certain number of tickets to both Ticketmaster and First Call but also uses ts.com to sell tickets through its own website. “We are on our second system” explains Christopher Jones, Marketing Manager at the NT. “The first was installed in April last year, but the supplier ceased to exist and we had to choose another system.”

It’s clear that it’s still early days for the NT’s web sales and marketing strategies: “We are mindful of the fact that the majority of customers still can’t access our ticket stock via the web. But that will change in time,” says Jones. Online ticketing is an important element of the theatre’s sales strategy, not least because of the marketing opportunities that these sales provide. In the future he says, the theatre intends to ramp up its marketing activities, by taking advantage of features such as, cross selling tickets for one performance with tickets for a similar production and focusing on text messaging as a marketing tool. The theatre also hopes to adopt new and better services such as allowing customers to pick their own seats, rather than just getting the ‘best available’ – potentially a great benefit for disabled customers, for example. In time, Jones says the NT also intends to follow the lead of Royal Festival Hall at South Bank Centre, Europe’s largest arts venue, which has launched a customised, real time box office that boasts zero booking fees and gives the venue complete control over its sales and marketing activities.

With online sales expected to double during the next 12 months, it’s a good time for implementing such developments.