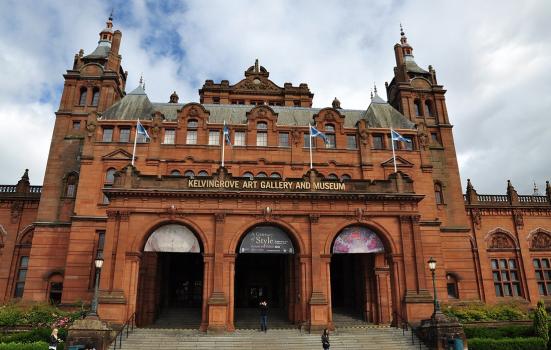 Chief among these is a call for an injection of £100m a year for culture, the abolition of the Scottish Arts Council (SAC), and the establishment of Culture Scotland, a new, overarching body with responsibility for Scotland’s cultural policy, including the arts. The Commission has also called for tax incentives to encourage donations to the arts, and audits of the country’s “cultural assets” and national collections. A best-value review of all core-funded organisations is proposed, as well as plans to improve the international profile of Scottish arts.

A year in preparation, the Commission’s report is now likely to be digested by politicians in Scotland before debates in the autumn and final decisions are made about its implementation towards the end of the year. Launching the report, James Boyle, Cultural Commission Chairman and the former Chair of SAC, said the recommendations required “political courage” to be made a reality. However, the call for Culture Scotland to set policy for the arts has received a lukewarm response from Culture Minister Patricia Ferguson, "I am determined that our priority will be to spend money on the arts, rather than on unnecessary bureaucracy,” she said in a statement. "I am interested in the options put forward by the Commission on infrastructure change. We will need to look at these in more detail, but agree that the status quo is not an option.”

Some of the proposals call for further research and consultation, and many require legislation. Among the suggestions that the Scottish Executive will be considering are the formal establishment of cultural rights legislation, the allocation of 1% of the Executive’s annual budget (about £240m) to cultural provision, and a culture voucher scheme in Scottish schools offering children free attendance at arts events. Tax breaks for low earning artists, a regular review of the ‘national’ status of key organisations, and the establishment of a national council for creative individuals are also on the table, as is the establishment of a national “one-stop box office”. However, the most contentious elements of the 284-page report are likely to be its suggestions for the administration of the cultural sector. The proposed abolition of SAC and the establishment of Culture Scotland, a company designed “to develop culture nationally and internationally”, alongside a Culture Fund to control finance for the sector, would maintain the arm’s length principle and keep direct control of the arts away from the Executive. But it has been criticised as a fudge by the Convention of Scottish Local Authorities (COSLA). COSLA's Arts and Leisure Spokesperson, Councillor Graham Garvie, said, "This is nothing more than a culture con that has to be seen for what it is; dull, unimaginative, lacking in vision and self serving… The best I can find to say about the report is that it will form just one part of the debate. What COSLA will be doing now is pressing the Minister for a meeting at which we shall be emphasising the key role democratically elected local authorities have as both direct providers and advocates of cultural activity and services."

In a quietly bullish response, SAC immediately began the process of defending its future with an expression of confidence in its current output. “We see the Commission’s report as a beginning, rather than as an end.  ... We intend to continue our current ambitious work, until we are sure that the future will provide the best solution for the arts in Scotland… We are confident that our expertise, commitment, enthusiasm, and our profound knowledge of the national cultural landscape that has historically served Scotland so well, will be continued and maintained for some time into the future.”

The Scottish Cultural Commission’s full report is online at www.culturalcommission.org.uk