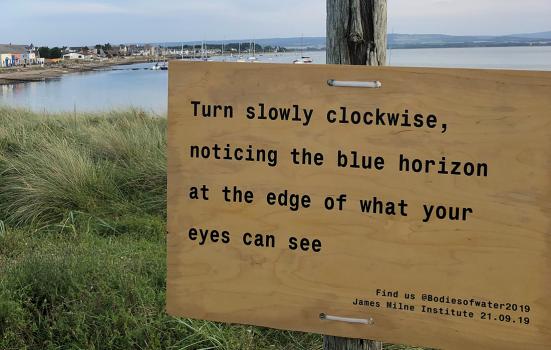 Most human beings do only what is necessary rather than what is possible; making the least amount of change we can get away with in order that we maintain the status quo.

But at the time of writing, our social and economic landscape is changing beyond belief. Radical change means disruption. And that disruption will mean changes of structure, roles, and delivery.

I’ve been particularly inspired by the Buurtzorg model of social care because they have embraced radical change and it has really worked. This organisation has been innovating the care system in the Netherlands by stripping away hierarchy to create a nurse-led, holistic and collaborative approach, underpinned by a software platform to create 360° support for their self-managed way of working.

The model makes 40% savings on operations on average, while delivering the highest levels of client satisfaction of any healthcare organisation. In addition, the number of hours of care required has reduced by 50% and staff report very high levels of job satisfaction. There are some lessons to be learned, not least the need for dealing with poor levels of pay for on-the-ground workers and removing hierarchical structures in order to balance resources for on-the-ground delivery.

The Touring Network supports the touring ecology of live performance in the Highlands and Islands of Scotland. It is a vital contributor, ensuring access to high quality touring performance in remote and rural Scotland. As one might expect, this region of Scotland presents many challenges; transport and dodgy broadband aside, acquiring skilled staff can be difficult and resources are limited. Within these small rural communities there is an accepted dependence on volunteers, but as they step up their commitment to provide for their communities in the face of austerity, the lack of available resources affects their ability to deliver, particularly in relation to the expectations of visiting touring companies. Despite these challenges, the impact can be significant, offering equality of access and the potential to transform and connect communities.

Inevitably, in the process of building the resilience of The Touring Network and its remit over the past four years, its core costs have crept up. It is now very clear that more on-the- ground resources are required to enable members to engage properly with capacity building organisations such as ours. It’s ironic – volunteer promoters don’t have the capacity to build their capacity – they need to be paid.

On reflection the balance within the organisation was beginning to feel weighted in the wrong direction. With the funding landscape unlikely to improve, things needed to change. And now, with another recession inevitable, things may need to change for us all. But what does that change look like?

Using the Buurtzhog model as inspiration, stripping out some of the organisation’s hierarchy began to feel the right way to go. I convened the team to explore what this new period might look like. With no CEO, how would visibility be maintained? Who would lead on key relationships? Who would lead the strategy? Would the organisation operate differently? Were they ready to take the lead? What were the options for really radical change?

Working with the team to understand and resolve these issues made a potentially stressful restructure feel like a positive and empowering transformation. I’ve handed some of my tasks to the existing team, asked the Board to step up in terms of their involvement in some key areas, and identified key areas where it makes sense to buy in specific expertise as and when required. This way, the organisation becomes leaner and shifts resources to on-the-ground. This attracts new members and in turn increases earned income. The level of transparency and connected working practice achieved by our digital platforms and organisational culture has made my exit feel operationally easy.

This is clearly not as radical a structure as the Buurtzorg model. Imagine for one moment, an investment in rural arts promoters which empowers them to lead, and more importantly, to resource programmes with artists and communities. Then, perhaps, they could even integrate themselves more deeply into the fabric of the local health and social care systems for example, via social prescribing. This is an area where arts and culture could become really powerful within small communities. That would require a very different approach which works systemically at a national level. But having discussed as a team some of the potential new models for working, I’m leaving the power for further change with them.

So what can you take away from this ?

I’m excited by the potential for disruption to create big impact but it requires bravery and a very joined-up approach. If you want to consider something similar, try to step back from your situation and evaluate: are you delivering what is required or are continuing with what you’ve always done because that’s what you were setup to do? Is there a better or different way? Understand that we have an inbuilt conflict which makes it difficult for us to change the status quo. Be brave and confront things head-on. Consult your team. They may not know the answers but they certainly know most of the issues.

Why I'm writing myself out of my job
Succession planning