As local authority cuts continue to squeeze culture and heritage budgets, libraries offer a way for councils to preserve access to the arts, says Gerald Vernon-Jackson. 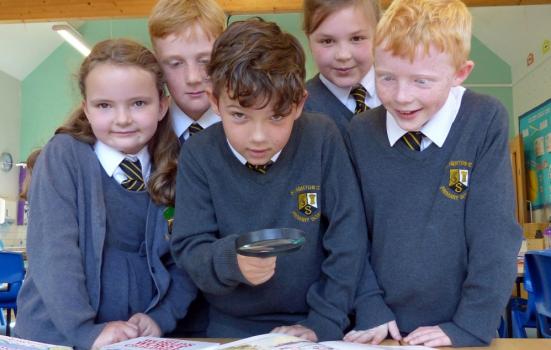 Schoolchildren during the Summer Reading Challenge in Cheshire

It has been clear for some time now that councils are experiencing significant financial pressures, making it harder to preserve culture and heritage in our communities. Council budgets have been cut by £16 billion since 2010 - equivalent to losing 60p in the pound from central government funding - with some councils set to receive no central government funding at all next year.

Due to these financial pressures, alongside rising demand for services such as homelessness support, children’s services and adult social care, councils have been forced to divert funding from other services - such as arts programmes, libraries and parks - to try and cope.

ArtsProfessional recently reported that council culture budgets had decreased by £48 million in the last five years. The Local Government Association (LGA) estimates that by 2025 the overall funding gap for councils will reach almost £8 billion – and that’s just to keep our services as they are today. For the first time ever, spending on social care alone is more than the total amount raised by council tax.

Councils know that investing in arts and culture is essential to the wellbeing and happiness of existing residents and for attracting new people and businesses. Many councils have sought to protect these services - that's why the reduction in budget for them has generally been lower than for other areas.

Collectively, councils still spend over £1 billion a year on cultural services, making them the largest public funders of culture outside London. But where this money is spent has changed.

While most arts and cultural services are not statutory services (councils are not legally required to provide them), libraries are. While this fact alone has not been able to preserve all libraries, councils are getting smarter at using libraries to deliver a variety of artistic and cultural programming.

Libraries have always been involved in arts and culture, but in recent years their role has expanded significantly in our communities. They have flourished in a way that we haven’t previously seen, and they provide an array of benefits for residents.

Suffolk Libraries is contracted by Suffolk County Council to run its service based on an innovative business model. In April, Suffolk Libraries was awarded National Portfolio Status and £740,000 from Arts Council England to support young people to take part in arts and cultural activities from 2018 to 2022.

A new countywide programme called BLOC: Building Libraries on Creativity has been developed by local communities and schools. Suffolk Libraries is working collaboratively with a well-established arts organisation called METAL. The initiative will support young people to access creative opportunities in their community, while also drawing in local artists to develop new and innovative artworks and events.

Other cultural initiatives in libraries include a Cultural Lab artists residency launched in Ipswich County Library. Ten local artists were invited to the library during the week, where they explored the role of creativity in building confidence and wellbeing for young people.

And Brent Council has been named as one of the first London Boroughs of Culture, receiving an extra £1.35m of funding to deliver cultural activities to encourage more young people to participate in arts and culture. One of the projects will include 'A museum of all Brent Life'. And as part of the project, libraries in Brent will commission ten new artworks throughout 2020.

Her Majesty the Queen and The Duchess of Sussex recently unveiled Storyhouse in Chester, which welcomed one million visitors in its first year. In addition to being a nationally acclaimed theatre and library, the venue hosts a cinema and restaurant, delivered in partnership with Storyhouse. The library has some of the longest opening hours in the county, and runs over 2,000 activities for vulnerable groups - from autism-friendly colouring sessions, to sewing sessions with refugees and language classes for older people.

And in St Helens, the Cultural Hubs project has been garnering much national recognition for its programme of arts and cultural events. Delivered by St Helens Council's Library Service, Cultural Hubs was named the UK’s favourite Lottery-funded arts programme in the National Lottery Awards in 2016, while in 2017 the Library Service achieved Arts Council England's National Portfolio Status - one of only six library services to receive the honour nationally.

Through Cultural Hubs, residents have the opportunity to view and participate in a variety of arts activities that run in all libraries throughout the borough, including dance, gigs, poetry readings and films. A number of library staff have also been trained as arts award advisors to support young people under the age of 25 to undertake the nationally recognised Arts Award, helping them to grow as future artists and leaders.

Heart of the community

Although our arts and cultural services are changing, and we can’t provide grants or commission services like we once used to, councils remain committed to ensuring that all residents are able to access arts and culture in their communities.

While not all libraries are designed as performance venues or have the space to act as galleries, as some of the most trusted and accessible cultural spaces, they offer a new way to bring arts and culture to audiences who might not otherwise have experienced them. We encourage arts professionals and organisations to speak to their local libraries about how they might work together.

Whether it’s knit and natter, an exhibition of local artists, or the London Borough of Culture programme, libraries remain at the heart of our communities.

Gerald Vernon-Jackson is Chair of the Culture, Tourism and Sports Committee at the Local Government Association.
www.local.gov.uk

Libraries Week takes place between 8 and 13 October to celebrate the nation’s much-loved libraries.