How to… start a career in scenic art

He dropped out of art school and ended up painting backdrops for Star Wars and Harry Potter. What advice does Jack Candy-Kemp have for budding scenic artists? 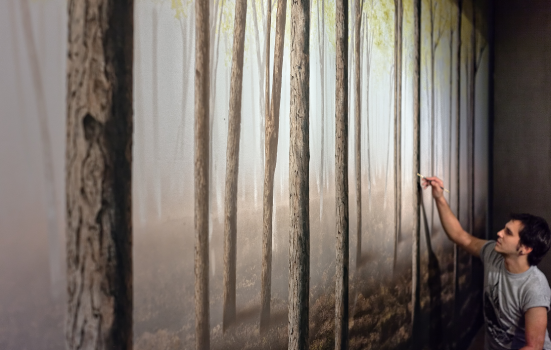 A mural at the Rose Theatre, Kingston

Most people readily assume that everything in film, from backdrops to character design, is now done digitally. However, Scenic Art - one of the oldest and most niche artistic skill sets in the movie industry - is still very much a major part of film production.

Backdrops, known in the industry as backings, are what we are most commonly known for producing. A backing can be any size, ranging from 20ft square to 50ft x 600ft. The subjects covered can be landscapes, architectural structures or whole cityscapes. In fact, anything on earth - or beyond!

What talents do you need?

Perspective plays a major part in what we do, and forced perspective has been used on nearly every film I’ve worked on. For example, if the set consists of a tunnel that needs to continue on and on, our job is to paint the continuation in perspective on a flat canvas backing so it seems to disappear into the distance. 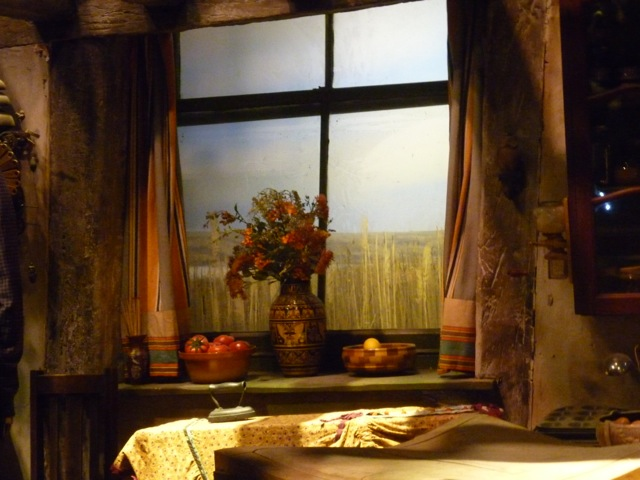 You have to make sure that you can produce a technical drawing with spot on scaling up. When the painting is viewed through the lens, it must be almost impossible to find where the actual set starts and stops.

Each job starts with getting a brief, drawings and references from the art director. We then scale up the technical drawings using a scale rule and draw out what’s to be painted. Then it’s time to mix colours and build up your layers.

Cutouts are probably my favourite thing to do. If you imagine a set featuring space ships and other vehicles, we would paint actual size plywood cut outs - 100% flat with only the profile cut out, drawn and painted in perspective – and place them in the background to make it look as if there were more vehicles or buildings than there actually are. This saves the production time and money in building ‘real’ props.

Basically, you need to be accurate and incredibly precise. The slightest inconsistency could throw the whole thing out.

Like almost every creative job, getting your hands on a brush is much harder than just knowing the principles of what you have to do.

I got my first job on Harry Potter and the Half Blood Prince as an apprentice. As a dropout from art school with a passion for art, I craved a hands-on learning experience in another world, and I got my chance when I managed to score some work experience in the art department of a film studio. After a week, I realised that this aspect of the job wasn't for me and asked where the giant paintings were done. Offering my tea-making skills, brush-washing talents and a hell of a lot of enthusiasm, I was then offered another week’s work experience with the two scenic artists on the film and instantly bonded with one of them. 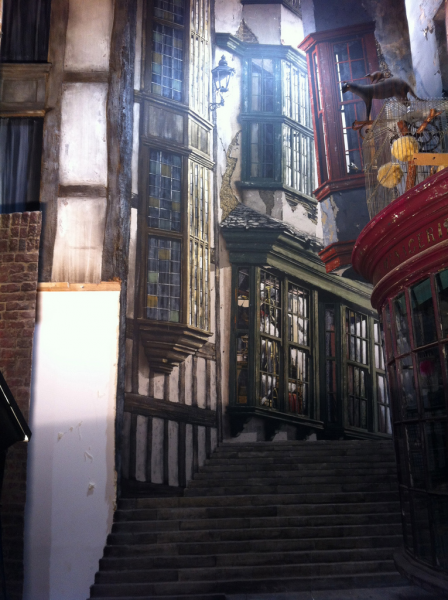 To put it simply, you’ve got to just put yourself out there. Make the opportunities for yourself and then take advantage of them. I was offered the job as an Apprentice in Christmas 2006 – maybe only because I was keen, liked to party hard and was wearing a Sonic Youth T-shirt - but the hardest part is getting your foot in the door. Go and talk to people and try and be in the right place at the right time with the right attitude.

Keeping on top of it

Getting your next film job depends on building a reputation over the years. I still work alongside the same Scenic Artist that I started out with nearly 10 years ago. It’s great as we both know how we work and as an artist you never stop learning, and we do have fun whilst maintaining a high standard of work.

Over the years you refine your skills and, most importantly, adapt yourself to the fast-evolving environment and ever-changing schedules – always thinking of quicker and more efficient ways of getting a job done.

It’s not just drawing and painting, but also planning and composing your work to fit in perfectly with the set that it’s a part of. Interaction with the other trades is vital, from the stage hands, carpenters, painters and plasterers to the art directors and designers - all the way to the Director. I can’t stress this enough: communication is absolutely key.

How to… start a career in scenic art