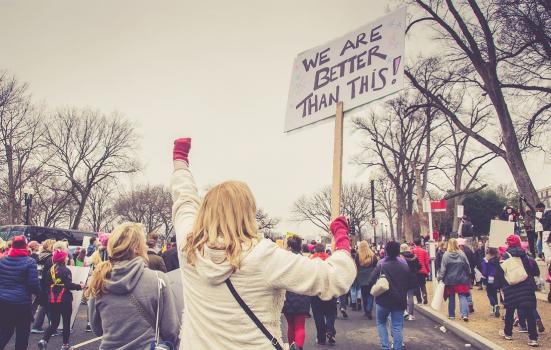 In a joint initiative, the Creative Industries Federation, Association of Leading Visitor Attractions, and UKHospitality have united to call on the Government to extend support for those businesses and workers that will be the latest to return to work and are facing a trading and financial cliff-edge.

Equity has written an open letter to the Chancellor following the closure of Nuffield Southampton Theatre, seen as a reflection of the enormous pressure the entertainment industry, and live performance in particular, is under. It will be one of the last industries to return to any kind of normality, and as a consequence Equity is working on how to bring it back from the brink.

The Authors’ Licensing & Collecting Society, along with eight other organisations including Equity and the Musicians Union, has joined the call for a UK Creators Council, which would aim to provide direct representation for UK creators in future policy-making. They’re all signatories to a letter sent to the Secretary of State.

More than 130 MPs and peers including Michael Grade, Joan Bakewell, Floella Benjamin and David Puttnam have backed a call for a specific package of support for the UK’s creative industries. They have signed a letter to the government warning that support announced as part of the coronavirus crisis has so far failed to reach “the very large numbers of directors of small limited companies, freelancers or agency workers that keep our creative industries booming”. The letter predicts that unless action is taken quickly, creative industry workers and their families will be “left with no option than to join the ever-growing queue for universal credit”.

The DSC/Directory of Social Change has relaunched #EverybodyBenefits, to show government, journalists, funders and the public that charities need even more support if they’re going to survive and help us all when the current crisis is over. Whether you’re a staff member, volunteer, trustee, supporter or some who benefits directly from the work of a charity, take to social media and tell the world about the amazing work the charities you know are doing.

With creative industries facing unprecedented challenges, the Creative Industries Federation is looking for real-life examples of the issues that creative businesses are facing, especially if they’re unable to access one of the government support schemes. These case studies will be used to highlight the issues to government. To share your experiences email Feedback@creativeindustriesfederation.com.

The International Network for Contemporary Performing Arts (IETM) has called on European institutions and national governments to take a range of emergency measures, similar to those proposed for small businesses, that specifically support the sustainability of the cultural ecosystem and the long-term viability of the arts sector.

You can tell Parliament’s DCMS Select Committee what’s happening to you and the people you serve – it's conducting an inquiry asking organistions and arms length bodies for evidence about the impact of COVID19 on charities in the cultural sector. Respond by 16 April.

Culture Action Europe, campaigning for the cultural sector and on behalf of European Cultural networks, platforms and cultural organisations, has written to the Commissioner and Members of the Directorate General for Education, Youth, Sport and Culture (DG EAC) with proposals for coping with the consequences of Covid-19 for Creative Europe and the European Cultural and Creative Sectors. There is an on-going conversation with the DG EAC and messages and proposals from the cultural sector are being passed on. Email contact@cultureactioneurope.org

The DCMS Committee is demanding clarification from the Government about its support for people who lose income as a result of the COVID-19 crisis after identifying loopholes that would exclude many workers in the cultural and creative sectors.  Freelancers face being denied financial support offered by the Self-Employment Scheme, the Job Retention (Furlough) Scheme and Universal Credit.

The Institute of Conservation (Icon) is lobbying Government for support for cultural heritage conservators and has published a statement outlining the risks presented by the pandemic for the sector's workforce and organisations, plus the collections and objects they care for. Icon is collecting evidence, case studies and feedback to help understand the key issues and challenges for the profession, in preparation for discussions with DCMS.

The Directory of Social Change (DSC) reports that charities are doing all they can to maintain critical services and respond to community needs but are in danger of going bust without further investment by government. They have created campaigning resources for people to use to contact their local media, local councillors and MPs to highlight the problem. Meanwhile DSC itself has had to furlough 70% of its staff and reduce services offered.

Creative Industries Policy & Evidence Centre is collecting data from the sector to understand how COVID-19 is impacting the creative industries and help policymakers respond to the ongoing crisis. The Coronavirus Creative Industries Impact Survey will be key in gaining the most relevant data to aid future reponses.

Cross-sector membership network London Funders have announced that two of its members, the Greater London Authority and the City Bridge Trust, have contributed £1m each to launch a new fund to support London’s voluntary sector.

Music Venue Trust is calling on the music industry, including the UK’s most successful musicians, to create a £1 million ‘fighting fund’ to prevent the permanent closure of Grassroots Music Venues across the UK. The fund will support its Emergency Response Service, which last year, prevented 91 closures in 12 months. To donate contact beverley@musicvenuetrust.com or 07809 155388.

The Association of Independent Museums has outlined its intentions and explained how it is supporting the sector. In regular discussion with DCMS and Arts Council England, it is making the case for public funding, highlighting the limited cash reserves that threaten the survival of independent museums and the importance of these museums in placemaking.

The Federation of Small Businesses is putting pressure on BT to deliver on its obligation to support home workers and businesses in rural areas. Anyone with an internet download speed of less than 10Mbps or an upload speed of less than 1Mbps has the legal right to request a decent broadband connection from BT under the government’s Universal Service Obligation (USO).

The TUC’s policy on coronavirus and self-employed workers is being adopted by actors’ union Equity, which is urging the Government to introduce an income guarantee “along the lines of the Norwegian model.” This model pays freelance workers at a rate of at least 80 percent of income based on their previous three years’ self-assessment.

Julian Knight MP, Chair of the Digital Culture Media and Sport Committee, has challenged Culture Secretary Oliver Dowden to explain what financial support will be provided for freelance workers, self-employed and casual workers. His letter also asks what financial stimulus will be provided to help cultural organisations recover when they eventually reopen.

A petition asking the UK government to provide economic assistance to businesses and staff employed in the events industry has gathered nearly 150,000 signatures.

A joint letter has been sent to Chancellor Rishi Sunak by the leaders of the UK’s representative music bodies, asking for funding and reassurance for workers who are self-employed and on zero-hour contracts; insurance companies to be held accountable for following paying out on claims where legally applicable; and offering existing industry hardship funds as a channel for getting government aid to where it is needed most.

Over 100 MPs from seven parties have written to Chancellor Rishi Sunak calling for urgent action to help voluntary organisations through the crisis and demanding an immediate cash injection, following research by the National Council for Voluntary Organisations (NCVO) predicting a £4.3bn drop in voluntary sector income over the next 12 weeks.

IPSE, the Association of Independent Professionals and the Self Employed, the Creative Industries Federation and other organisations representing freelancers have set up a petition and are calling on the government to create a Temporary Income Protection Fund to support the self-employed. This is currently being reviewed by Parliament.

Work Notes has prepared a template letter for people to send to their MP, demanding they pressurise the government to provide self-employed workers with a package of support equal to that offered to employees.

Tracy Brabin MP is asking government for a temporary universal basic income to guarantee income, including freelancers and the self-employed. She tweeted her thanks to freelancers for their support last week.

The Museum Freelance Network has written an open letter to UK Museums, Heritage Sites, Archives and Galleries and their sector organisations about the impact of the pandemic and what the sector could do to support them. It also asks the lead bodies to include freelances in their lobbying, after their open letter to government acknowledged the financial measures for employees but made no mention of freelancers.

Actors’ union Equity is petitioning for the Chancellor to include performers and stage managers on conventional Equity contracts across the live and recorded media sectors to be included in the job retention scheme, with an 80% salary pledge.

Various petitions asking government for funding to protect the UK's arts and creative freelances during the crisis, including a demand for a Temporary Income Protection Fund for UK self-employed workers, a call for an emergency minimum wage, emergency funding for the UK arts sector and freelance creatives.

A quick note to say that Artists Union England (AUE), which represents visual and socially engaged artists in the UK, also wrote to the chancellor yesterday. We outlined how many of our members have lost income earning potential through art school closures, exhibition postponements, and loss of commission opportunities. Frances O'Grady responded immediately to welcoming our particulars and promising to let us know when any progress is made with treasury officials. Best wishes Pam Foley AUE Executive Committee member
Thank you for sharing this with us. Please keep us posted on progress made with treasury. We hope your members will find our CovidCulture pages a useful resource in these challenging times - Ed.
Icon (the Institute of Conservation) has been lobbying on behalf of the cultural heritage conservation sector. We are concerned about ongoing care and maintenance of objects and collections whilst museums etc. are closed. We're also concerned about support for freelance workers and small businesses. You can find our policy activity summary here: https://icon.org.uk/icon-resources/covid-19-guidance/icon-policy and follow developments via @conservators_uk 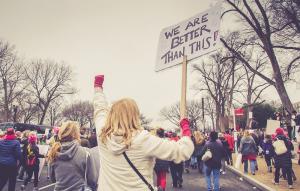 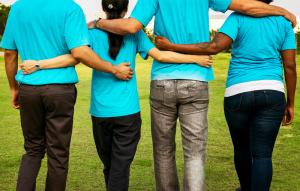 Keep active, make connections, join in, collaborate and have fun! Use your downtime as an opportunity to take part in inspiring activities being promoted and shared by the creative community. 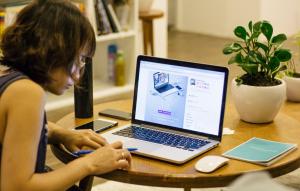 What’s affecting your work, your workplace and your job? What opportunities are still available? Keep your finger on the pulse of the sector with resources, news and commentary to help arts professionals weather the storm. 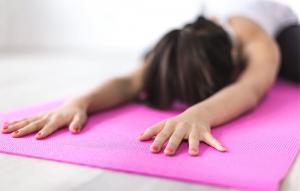 How to stay well? How to support others to stay well? Keeping healthy is all about avoiding the virus – and a lot more too. Advice and ideas here for preserving your mental and physical health, and supporting those around you. 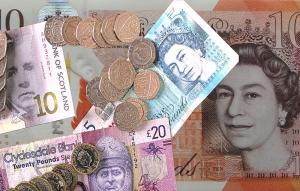 Whether it’s income for your organisation or your own living expenses, chances are you’ll be looking around for funding, financial advice and fundraising support.