Roanne Dods explains why the working practices of small-scale enterprises run by artists and creatives provide a model that is increasingly relevant in developed economies following the 2008 financial crash. 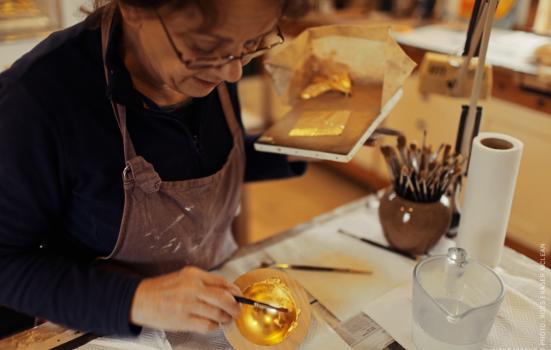 It is still early days but the rise of the microenterprise is a phenomenon that is making UK policy-makers sit up and take notice. First, the Lord Young report on growing microbusinesses for the Department of Business, Innovation and Skills in May 2013. Then last autumn, the Cultural Enterprise Office was funded to start a piece of research into microenterprises for the Scottish Government and the RSA started its research into 'The Power of Small', funded by Etsy and due to be published by the end of this year. While in the past, microenterprises may have been viewed as only as the domain of developing economies and of limited relevance to our so-called developed economy, researchers are now finding that the rise of the micro is not a fad but has its roots in the 1960s – and so is not a result of recent global financial challenges.

When the economist E F Schumacher wrote his far-sighted book Small is Beautiful, he was writing about the importance of good meaningful work as being important for human development – something that we have lost in late-stages capitalism. But his concerns went further than an interest in small-scale enterprise for the sake of human creativity. Like much of the world since the 2008 crash, his core concerns were to create a more stable economy that better serves the interests of the less well-off, is more environmentally sustainable and offers more satisfying and secure employment. So many in the arts and creative sector are micro- enterprises – artists, makers, producers, curators, designers, musicians, dancers, writers, freelancers, companies, consultants. And we are connected to a wider world of people in the microenterprise world: therapists, hairdressers, boutique retailers, small publishers, social innovation agencies and many others who make their work staying small. Artists and creatives and their ways of working are pioneering how we might see the world in a new, post-crash paradigm.

Art is a process of relating, and artists act, make, practise, produce and research for all kind of reasons before money

So, what are these ways of working that make creative enterprises so special? Professor Tim Jackson of the Sustainable Lifestyles Research Group refers to the dynamics of the cultural sector and the importance of human relationships, suggesting that a green economy may be less to do with sustained growth and technological utopianism and more to do with building an economy of care, craft and culture. And in doing so, restoring the value of human work to its rightful place at the heart of the society. The making, presenting and appreciation of art achieves a greater sense of wellbeing and fulfilment than simple transactional consumer relationships. Art is a process of relating, and artists act, make, practise, produce and research for all kind of reasons before money – connection, expression, reframing. They need money to buy time and space to make, do and practise, but not as an end in itself.

Consequently, the support needed by micros is very different to that needed by high-growth, financially driven, bottom-line organisations, and the arts world has known that for a long time. It requires practical advice and inspiration for those who know that growth is a choice, and being small creates more meaningful, relational networks for working practice. Insight and intelligence is key to building confidence, innovation, creativity and income for all those of us who choose to operate small and see growth as growth in quality, risk, imagination and impact – not just numbers. Our motivation comes from the content of our work. Not that we are saying money is bad – some micros are financially grand – it just is not the only priority. The EU definition of a micro includes organisations with over €2 million… personally I would be quite happy to be that kind of micro as long as there was integrity to people, planet, product and everything else in the business.

Roanne Dods is Producer of the conference Small is Beautiful and Artistic Director of PAL Labs.
www.pallabs.org/‎

Small is Beautiful, a special project and conference in memory of E F Schumacher, will take place in Glasgow on 4/5 June, enabling people who ‘commit to small’ to learn from a group of globally recognised practitioners, advisors and pioneers in this movement. The conference aims to provide the tools and inspiration for people to start and continue their journeys as small enterprises. 50 bursaries are available for people with under £15,000 profit, people who went solo in the last three years, artists and makers, and those travelling from outside the UK.