Strategic Alliances - The power of two

Stephen Hetherington explores the nature of strategic alliances in relation to the birth of HQ Theatres.

The railway gauge, the VHS video system, the Liberal Democrats, QWERTY keyboards and the victors of World War II are all outcomes of strategic alliances that, for better of worse, have become culturally normative, dispelling what were once their alternatives as now unthinkable. Through the formation and dissolution of alliances, wars are won or lost, governments elected or defeated, companies prosper or decline. It is easy to think of these things arising from conscious deliberation but, although intelligent analysis can provide a rationale, they also have an element of something akin to a natural, evolutionary, strongest-will-win Darwinian process. There is more at work here than sheer scale or might. In an alliance, maximum utility, as Adam Smith would call it, is more than material gain.

Only two can tango

The alliance seems to be an instinctive mechanism, commonly and fundamentally implying a combative or adversarial situation, by which otherwise distributed power is garnered towards an objective. It is not just a collaboration or, in arts-world parlance, a co-production. Although both have a strategic context, the latter is a temporary, single-product deal that essentially involves no cultural interrelationship between their participants. Collaborations in the arts are generally artistic, as in the work of composers, librettists, designs and others in the creation of a single theatre work, or, in the commercial world, platform arrangements on the vertical supply chain of product: a sharing of risk and reward between copyright holders or investors at some point between the conception and the delivery to the public of a created work. The Dance Consortium and the Touring Partnership are collaborative arrangements that have a strong strategic context, but group-buying does not require the closeness and compromise of an alliance. In a true alliance, smaller, weaker elements are drawn to the strongest until the battle line is drawn between aggregated, adversarial powers. It is usually, then, a binary business: there is never a third person in tennis, a third team in soccer, and rarely a viable, equitable democratic choice beyond two main political parties. A socio-physicist, like Philip Ball1 or Robert Axelrod2, might put it that the smaller players, or the minor political parties with little chance of power, cluster around the strong, like atomic particles drawn to the greatest mass. When it comes to the end-game, the battle is so often a duel, and it is this intuitive understanding that produces the alliance.

In this game of give and take, no one gets all they want. As the players connive and negotiate their strongest positions, they set aside wider differences to allow amalgamations of power that are more likely to succeed. In the 1940s, the Rand Corporation developed Game Theory to inform the US Governments Cold War strategy using the work of mathematicians John von Neumann and Oskar Morgenstern. Its conclusions still drive much political thinking, such that it has been blamed for Margaret Thatchers provocative ideas on society (there being, she famously said in an interview for Womens Own, no such thing). Game Theory is based on a matrix of all possible outcomes from any one decision. Though which decision is taken depends not on what is best (as any one player sees it) but on what each player thinks the other will do. This can, and usually does, produce a form of stability between adversaries, as each player is content they have achieved the best they can whilst accepting less than they want. So it is with an alliance of interests. They can work, but rarely quite as well as their allies want them to. Compromise is in their nature, whether their aims are strategic or intuitive. They are a barter of interests; the reasoned processes of nucleation, and the agglomeration of smaller particles in the formation of something more substantial; they are a rationalisation of societys aporia in which liberty (or the loss of corporate decision-making power) is balanced against security (or corporate might); they are a description of how power and strength are created by the amalgamation of parts. But they are always also a set of compromises. 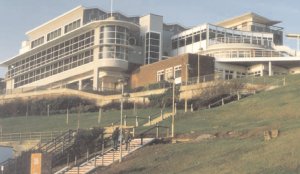 Alliances can rarely, if ever, absorb the cultures of their constituent parties. Indeed, there are numerous studies, (see, for example, the work of Kathryn Rudie Harrigan3 or Robert Spekman et al4) that argue most alliances ultimately fail as their complex internal differences become the energy that drives eventual disintegration. The trick here is to maintain the alliance for only so long as is required for it to achieve its objective. Paradoxically, to have a really long life it must become something different and conflate its constituent cultures into a new whole. It is then no longer an alliance but a new organisation. And this brings me on to Qdos Entertainment and Hetherington Seelig Theatres (HST). We formed an alliance, quite definitely a strategic alliance, last year to bid for the Cliffs Pavilion and the Palace Theatre in Southend-on-Sea, and were successful. Given the nature of alliances, our joint venture could have stalled there, but it hasnt. Instead, we have made something new from the original deal: a new business, HQ Theatres, that amalgamates the skills, experience and resources of both organisations and which now commands our loyalties. Our new venture has already gone on to acquire the Beck Theatre in Hillingdon.

HST is something of a minnow compared to the mighty Qdos, but, when it came to operating the Southend theatres, we found that the strength of one organisation would match a weakness in the other. Together we made a balanced corporate body; the left arm of one matching the right arm of the other; a left leg matching a right, and& well, you get the point. Together we have the skills, experience and the financial strength to take on some big ambitions. We find now that we can operate comfortably presenting the lightest of entertainment and the heaviest of the arts. We can design and build venues (and we are) and, significantly, given the state of many British theatres, upgrade our buildings for contemporary audiences. But perhaps most fundamentally, through the various Qdos companies in theatre production, catering, printing, design, and artist management, we can now control major elements of our theatre operations. For HST, what was at first an alliance formed from two business strategies, has now quite naturally melded itself into a single, ambitious and rather gorgeous new corporate body.