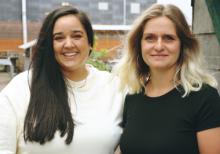 Thomas joins Fio as Artistic Director. Previously Creative Assistant at Wales Millennium Centre, she is also an Ambassador Trustee of Young Vic and a Trustee of Emergency Exit Arts.

House joins Fio as its new Executive Director. She previously founded Taking Flight Theatre in 2008 and... 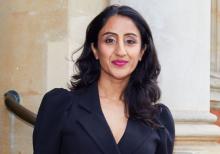 New Chair of Bush Theatre's Board of Trustees

The Bush Theatre has announced UZMA HASAN as the new Chair of its Board of Trustees.

She will replace SIMON JOHNSON from the start of August.

Hasan is an independent film and TV producer, non-executive director on the board of Channel 4, and a trustee of Bird's Eye View.

She also sits on selection committees and juries for the British Independent Film Awards, Film London, and BAFTA. 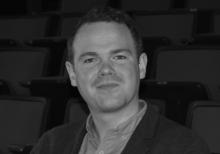 Prior to his new role, O'Hara was part of the Coventry UK City of Culture team.

He has a background in sales and marketing, including roles as Marketing Director and Deputy CEO at Cambridge Corn Exchange. 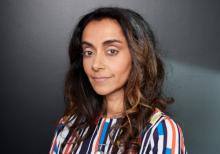 The Barbican has announced NINA BHAGWAT will join the centre as Interim Director of Equity, Diversity and Inclusion from August.

Bhagwat has previously worked as Head of Diversity, Equity and Inclusion at Warner Music UK and Off Screen Diversity Executive for Channel 4's Creative Diversity team. 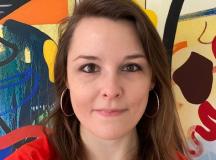 HELEN THACKRAY has been named as Director of Manchester's Blaze Arts.

Thackray has worked in a range of cultural venues across the North West, including as Programme Manager at People's History Museum.

She replaces founding director MATT WILDE, who held the position for ten years. 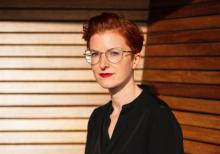 ROSIE COOPER has been named as Wysing Arts Centre's new Director from September.

She succeeds the late DONNA LYNAS who was Wysing’s Director from 2005 to 2021.

Currently Head of Exhibitions at Bexhill-on-Sea's De La Warr Pavilion, Cooper was previously Head of Programmes at Liverpool Biennial and is currently a trustee of IntoArt and Home Live Art. 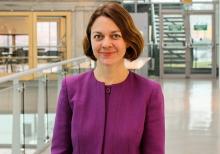 Previously the organisation's Creative Director, she has succeeded KEITH MERRIN.

Ball has more than 20 years' experience in the arts, including as Project Director of The Cultural Spring and leading Sunderland’s City of Culture 2021 bid. She is currently a Fellow of the Clore Leadership Programme. 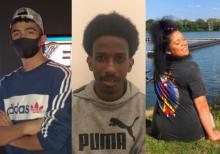 Metroland Cultures, the charity established to deliver Brent London Borough of Culture 2020, has announced eight new trustees to its board.

Head of Heritage at Willesden Jewish Cemetery HESTER ABRAMS also joins the board, alongside Brent-based... 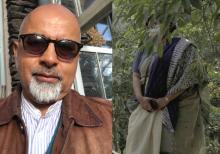 Birmingham-based Qureshi has led projects in arts and creative organisations for over 20 years, including Dalston and Hackney SRB City Challenge.

Rahman is an independent researcher, editor and curator based in Dhaka. She has held roles as Deputy Director of... 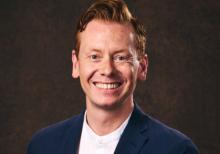 JAMES MACKENZIE-BLACKMAN has been announced as incoming Chief Executive of Theatre Royal Plymouth.

He succeeds ADRIAN VINKEN, who has led the theatre for more than 30 years.