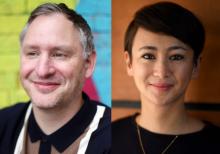 Lightbown is a Bristol-based poet who has spoken at festivals including Shambala, Womad, Camp Kin and Lyra Bristol Poetry Festival.

He is an author of two poetry collections and recently performed his first commission for theatre, a piece about applying for the PIP disability... 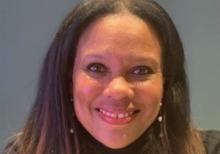 Billings has spent over a decade working in the charity sector, with a major part of her work involving fundraising for emerging opera singers.

She is a member of Museum Detox and recently undertook a research placement at Pitt Rivers Museum, Oxford.

PATRICK DILLON has been named Interim Chair of the Theatres Trust.

Noted as a theatre architect, author and broadcaster, Dillon has published nine books, including one on the National Theatre.

Dillon has been a trustee of the Theatres Trust for five years. He also chairs the International Theatre Engineering and Architecture Conference and sits on the casework committee of the Twentieth Century Society. 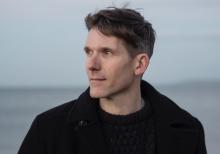 He succeeds GREGORY NASH, who completes his term today (3 September).

A choreographer and dance artist, Ó Conchúir is currently co-leading a dance programme with Micro Rainbow International as part of The Casement Project to support LGBT refugees and asylum seekers.

He was previously Artistic Director of National... 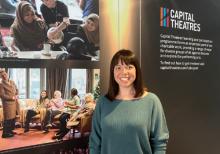 She has more than 20 years' of fundraising experience in the cultural and third sectors, most recently as Head of Development at Glasgow Life.

CRAWFORD HUNT is the theatre's new... 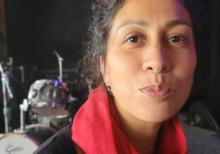 Orchestras Live has appointed SOOREE PILLAY as Regional Producer for the Midlands.

The newly formed role will build on the organisation’s current portfolio of partners and projects in the Midlands, working to ensure more people engage with orchestras and orchestral experiences.

Pillay trained in theatre, performance and community drama in the UK and France.

Her work with New Art Exchange and Sampad Arts has... 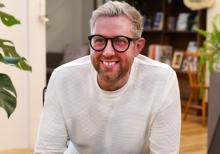 The Art House Wakefield has announced DAMON JACKSON-WALDOCK as its new Programme Director.

Deputy Curator at Yorkshire Sculpture Park for 11 years, Jackson-Waldock also worked as Creative Producer on the Oak Project during the last year.

He has previously produced large-scale public realm commissions as Guest Curator for The Piece Hall in Halifax and has been a Career Mentor at Sheffield Hallam University since 2017... 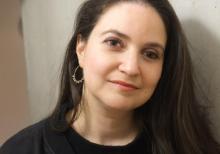 Tsatsas to step away from Young Vic

London's Young Vic has announced DESPINA TSATSAS will step down as Executive Director at the end of 2021.

The theatre says Tsatsas, who joined in March 2018, has been "instrumental in shaping the theatre’s strategic, financial and producing processes".

Tsatsas has overseen a roster of work that includes Death of a Salesman, The Convert, Fairview, Bronx Gothic and Draw Me Close.

A replacement will be sought in...

The creative team set for opening and closing ceremonies of the Birmingham 2022 Commonwealth Games has been unveiled.

Novelist MAEVA CLARKE has been appointed Writer, and rapper JOUSHA 'RTKal' HOLNESS will be Music Director. 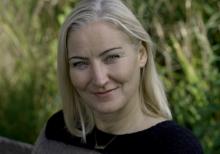 COLETTE BAILEY has been announced as the new Executive Director of The WOW Foundation.

Currently the foudation's artistic director, she will take up her new role in November.

As Executive Director, Bailey will work alongisde WOW founder JUDE KELLY and its board, led by SANDIE OKORO.

"As a newly formed, independent charity, the foundation is the beginning of the next chapter...