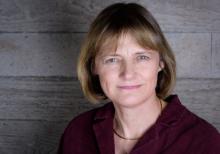 Burger to step down from The National Theatre

The National Theatre has announced Executive Director and Joint Chief Executive LISA BURGER will step down in summer 2022.

Burger's career at the National Theatre has spanned 20 years. She took the role of Executive Director in 2015 and became Joint Chief Executive in 2019.

Burger commented: “I have had the most extraordinary 20 years working at the National Theatre and I feel incredibly lucky to have held, in my... 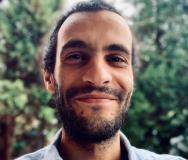 Said was previously Director of HOME in Slough and was Co-Founder and former Co-Artistic Director of charity Terre Sans Frontiere in Morocco.

In 2019, he curated the Occupy season at Battersea Arts Centre and the London City Take Over. 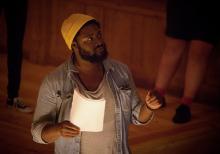 Lekan has previously worked at the Derby Theatre, Old Vic and the Young Vic.

He won Best Director at the inaugural Stage Debut Awards 2017 and the Genesis Future Directors Award 2019 at the Young Vic.

Goh is a solicitor and Executive Director at Morgan Stanley Investment Management.

Van-Loo is an employment solicitor and Rinsler is an artist and Nine Elms' Strategic Lead for Culture.

Artsadmin Chair CHARLES GARRAD recently stepped down after being a trustee since 1994.... 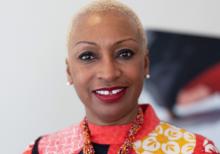 SANDIE OKORO has been appointed inaugural Chair of The WOW Foundation.

She is also the Chair of the World Bank Group Task Force on Racism.

Okoro has been involved with the WOW Festival since its inception in 2010 and took part in the festival's 24-hour international edition during lockdown last... 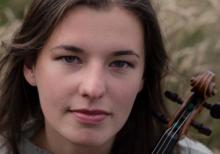 She succeeds BRADLEY CRESWICK, who led the RNS for more than 25 years.

In 2018, she won First Prize and Audience Award at the XXI Leipzig International Johann Sebastian Bach... 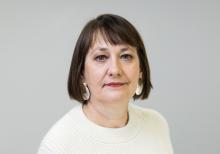 The National Lottery Heritage Fund has announced FIONA TALBOTT is retiring from her role as Head of Policy for Museums, Libraries and Archives after 13 years.

Talbott has worked in the museums sector for 40 years and led the National Heritage Memorial Fund between 2010 and 2019.

MELISSA STRAUSS, who is already based in the fund's policy team, will cover the role from July.

Osborne to Chair the British Museum

Former Chancellor and Evening Standard Editor GEORGE OSBORNE is the new Chair of the British Museum.

Currently a Partner at Robey Warshaw and Chair of the Northern Powerhouse Partnership, Osborne's "longstanding commitment to culture, both personally and in his various public roles" will benefit the institution, Deputy Chair MINOUCHE SHAFIK said.

"With the masterplan, the Museum is undergoing a major...

The Young Vic has appointed VARUN CHANDRA and FARAH RAMZAN GOLANT as members of the board.

Chair GLENN EARLE said both were established leaders in their fields with "intellect, passion and creativity" to contribute to the theatre.

Ramzan Golant is CEO of creative company collective kyu EMEA. She has 30 years' experience in the global creative and media industries and was awarded a... 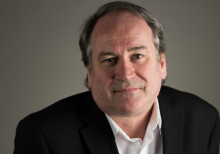 BOB SHENNAN has been elected Chair of Help Musicians from April 2022.

Shennan has held senior music positions at the BBC for decades and is currently Group Managing Director, having previously worked as Director of Radio and Music.

He replaces GRAHAM SHEFFIELD, who will step down after eight years in the role.

Help Musicians has also appointed four new trustees to its board: JUDAH...