Involving communities and workforces is the key to cultural projects in the build-up to 2012, explains Sally Shaw. 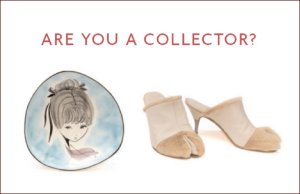 Over the next four years Art on the Underground is developing an ambitious programme of artworks for Stratford station in the lead up to and beyond the 2012 Olympic Games. In order to research and build a complex and accurate foundation for the forthcoming projects, the curators have commissioned two artists, who, by the very nature of their work, come into contact with a broad section of the community. In so doing, the team hopes to generate a dense network of information about the people who live nearby, work at and use the station.

Two artists were selected through an interview process that involved station staff as well as the Art on the Underground team. They were asked to provide a proposal for a project that would unfold through on-the-ground research at the station over the course of summer 2008, leading to exhibitions and events in and around the site.

Alan Kane proposed a rolling programme of exhibitions showing private collections from people in the locality of the station or those who have a connection with it. The idea is to present a picture of the ‘community of Stratford’ through what it collects – the process of collecting being subject to influences that many of us may not be familiar with (or attuned to) consequently presenting an entirely individual image of the area through objects. The notion of what constitutes the community of Stratford will be at the heart of discussion when identifying whose collections will eventually be shown at the station.

Lucy Harrison chose to research and present her vision of Stratford and its population through a different conceptual framework – a free newspaper to be distributed in four editions from the station over the summer. Each edition of the paper will be guest edited by an individual or specific group giving each a political or social slant of its own. The entire set of publications will draw together a diverse set of people through the artists’ socially inspired practice, making visible the network of contacts and consequently a slice of Stratford life. Alan and Lucy’s projects are due to go on site at Stratford station from early June 2008.

The focus for Art on the Underground is to research and publish a strategy for producing a whole series of works at the site to coincide with the launch of the Cultural Olympiad in October 2008. The social focus for the projects presents a new agenda and project dynamic for the organisation: usually the physical characteristics of a site are the initial catalyst. At Stratford, the focus is on people and social networks rather than physical infrastructure, as a reflection of the Olympic agenda for inclusion, access and people.

The station will be a flagship in the overall programme for this model of practice, leading to a radical rethinking of the permanent legacy of artworks in public contexts. The Art on the Underground programme and its collection will reveal a full spectrum of works – from temporary interventions, permanent sculptural installations, a corporate collection of commissions for the Pocket Tube Maps, to those works whose permanence, in contrast, lies in the social legacy they leave behind.

Sally Shaw is curator of Art on the Underground, an organisation that commissions a unique collection of temporary and permanent works within and for London Underground.
w: http://www.tfl.gov.uk/pfa