Sean Egan looks at a worrying trend in the way that significant tax developments are being introduced.
The main regulators for arts organisations that are charities are the Charity Commission and Her Majestys Revenue and Customs (HMRC). Arts organisations will usually rely on significant changes affecting their operation being well publicised by the relevant body and assume that very significant changes require an Act of Parliament together with the debate and scrutiny that entails.

HMRC issues extra-statutory concessions which have the force of law but can be changed at any time, and issues guidance which is HMRCs view on how the law should be interpreted. It is important that organisations distinguish between these different forms. The practical difficulty for organisations is that these sorts of changes are issued piecemeal and without prior consultation and generally are expressed to have immediate effect. In particular, tax changes can be very technical and few organisations will have the in-house expertise to assess the extent to which these promulgations are accurate reflections of the law. There are three recent examples illustrating what might be termed regulation by edict where regulators issue guidance and appear to introduce significant changes which do not in fact have the force of law.

Guidance CC35 was issued in May and purports to set out the basis on which charities can trade under charity law. This updates the previous guidance for July 2001. It was introduced without prior notice and is presented as a summary of the law. Such guidance notes on the whole are very useful and widely used by charities who assume, as they are issued by the Charity Commission, that they are definitive statements of the law.

The guidance states that charities must undertake non-primary purpose trading (e.g. bar and catering facilities open to the public as opposed to ticket holders) which makes a loss through a trading subsidiary. Though it is clear that charities should not undertake risky trading without a valid reason, there are circumstances where it is appropriate to undertake such activity within a charity. The Charity Commission guidance does not indicate any exceptions.

The Charity Commission guidance also, significantly, no longer includes reference to the mixed trade exemption where a charity can undertake up to £50,000 a year of trading where there is a mix of primary purpose trading and non-primary purpose trading (e.g. bar and catering facilities to a mixture of ticket holders and the general public). This now will need to be undertaken by a trading subsidiary that gift aids profits to the charity in order to ensure no tax is payable on the profits. This change arises from a change in HMRC extra concessions for organisations financial periods commencing after 21 March 2006 and should be contrasted as it does have the force of law.

After the Bournemouth Symphony Orchestra and Longborough Opera cases HMRC has issued a new guidance. The brief expresses HMRCs interpretation of these cases and in effect expresses instructions to local tax inspectors when making future decisions.

The brief indicates an interpretation of the Bournemouth Orchestra case that is at odds with previous HMRCs practice in relation to determining Cultural Exemption. The case related to a paid managing director and the Orchestra argued that he had no direct or indirect financial interest as his remuneration was fixed. Though the Court of Appeal did not agree on what this term meant they understandably ruled in favour of HMRC. The irony is that it would appear that, but for this case, HMRC would continue to accept that a paid employee on the board is sufficient to prevent Cultural Exemption, but HMRCs view now is that there are additional requirements. A number of organisations have appointed a full time employee as a trustee so that the organisation is no longer voluntary and therefore not Culturally Exempt. Now HMRC state that such a trustee must either be paid above the market rate or receive profit-related pay for the organisation to not be Culturally Exempt. The concern is that this is a strained interpretation of the case, and the suspicion must be that this is designed to frustrate charities using the appointment of an employee to the board as a mechanism to determine whether or not the organisation is Culturally Exempt. There are similarities with the Mayflower Theatre Trust (MTT) case. After MTT won in the High Court HMRC introduced guidance with a very restricted interpretation of the case limiting it to where corporate sponsorship packages include a ticket entitlement. After HMRC lost its appeal to the Court of Appeal, it has now had to withdraw this earlier guidance and in June issued new guidance establishing a wider interpretation although still not wholly in keeping with the judgment.

There is a serious concern in relation to such briefs that they are not purely HMRC providing a neutral interpretation of the law is it stands and as it develops though case law. When assessing the applicable law organisations will need to view with some caution guidance issued by HMRC and the Charity Commission and may need to assess whether they consider it to be accurate and may need to seek independent advice to do so. 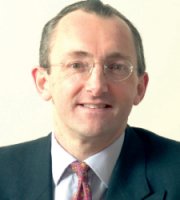 Sean Egan is head of Theatre and Arts at Bates, Wells and Braithwaite solicitors.
w: http://www.bwbllp.com.

In the case of the Mayflower Theatre Trust (MTT), HMRC maintained that none of the input tax on production costs was deductible because they related solely to supplies of exempt admission. MTT argued that the input tax was partly deductible because the production costs also had a direct and immediate link to taxable supplies such as catering, programme sales and corporate sponsorship.