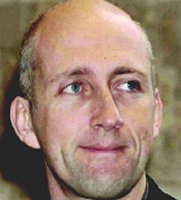 In the last of this years features focusing on Creative Partnerships, Matt Little gives his personal perspective on how creativity impacts on regeneration.

Applying for a job in my late 20s, I realised what my history teacher had meant when she talked about Whig history, written as a series of logical, linear and causal events leading inexorably up to the present day. I was producing a similar history on my application form, carving a logical career path out of a series of twists, turns, regrets and surprises including: discovering photography at the age of 26; practical community work which dovetailed with a spell as a policy advisor in Whitehall, which gave me a sense of the gap between policy and practice; and a job managing a regeneration scheme focusing on children and young people living in disadvantaged areas in Bristol.

This meandering path led me to Creative Partnerships, and the first job I have really loved because it brings together much of what has happened to me before. I would like to use this journey to reflect upon issues relating to policy and practice at the intersection between culture, creativity, place and regeneration, and draw some conclusions about the public sectors attempts to intervene in lives and systems. I should stress that these are personal views not those of the organisations I have worked for. I want to begin with a quick overview of regeneration from a range of perspectives.

Problems with the geographical approach to regeneration

There has been a policy focus on regeneration by geographical area in recent decades. There was a view that, for reasons linked to the housing market, economics, culture, etc, groups of people tend to cluster together in the same place. Regeneration policy focusing on geographical areas gained momentum after the urban riots of the early 1980s, when it became impossible to ignore the disparity between rich and poor areas.
A host of initiatives targeted particular areas and some issues can be learned from them:
" They were often formulaic, not people-centred, and not particularly imaginative
" Causal links between intervention and desired outcome were poorly thought throug.
" There was not enough effort to understand the detailed characteristics of a place, as opposed to the wider profile of an area
" Interventions were often reactive to immediate problems, rather than future-oriented.

One of the reasons that I am passionate about Creative Partnerships is that, whilst some areas and individuals may suffer from a poverty of choice and opportunity, there is certainly no poverty of potential or aspiration. People arent helped by being boxed, stigmatised or patronised. Creativity is democratic, and this potential simply awaits release. 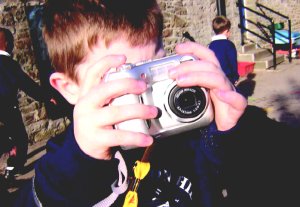 Through the 1990s, with the advent of the political desire to get to grips with social exclusion and inclusion, there was a sense that these geographical approaches were failing. At best they were tidying places up without making much difference to peoples lives; at worst they were causing damage. As a result, there was a greater focus on community involvement and ownership, and on peoples lives as much as the areas and houses in which they lived. This shift has undoubtedly produced better outcomes, though it is no panacea and there are still lessons to learn.

A third current of regeneration work through the mid and late 1990s stemmed from the analyses and actions of the Social Exclusion Unit. This led on to neighbourhood renewal. In theory, rather than funding projects, neighbourhood renewal supplies an injection of additional money to reconfigure services in statistically identified disadvantaged areas. This funding is linked to hard targets (e.g. improvement in local educational results), with the local community being involved in the whole process.

Creative Partnerships above all, a change programme

The links between arts, culture, creativity and regeneration developed late in their respective policy lives. Creative Partnerships provides a good focus, because of its emphasis on notions of change, active networking and partnership. There are many lessons to be drawn and, because the above set of ideas and frameworks has run its course, there is a need for new energy to be injected into the regeneration debate.

Creative Partnerships was originally configured as a risk-taking action research programme and, in the best traditions of this type of programme, its findings have turned out to be of wider importance. There was a perception that Creative Partnerships was about the arts, when it was centrally about creativity and culture. Also, there was not enough emphasis on what partnership really means, namely equality between schools, creative partners and children with the latter placed at the heart of the work.

In theory, Creative Partnerships should represent a shift from a transactional model of arts or creative education. The aim is a fundamentally different configuration of relationships between schools, children and creative partners, as well as an exploration of how these could be made to be sustainable. It is above all a change programme aiming to transform learning as well as children and young peoples relationship with culture and creativity. By placing creativity more centrally in childrens lives we enable them to think differently, feel differently and act differently, and the hope is that they then have the tools to shape a better future and society.

Creative Partnerships was bedevilled in its early days because of its relative size compared to other chunks of public funding for arts and culture. Similarly, Creative Partnerships is dwarfed by education budgets. Whilst Creative Partnerships was initially configured as a short-term action research programme, further funding was subsequently secured to enable it to run first to 2006, and then to 2008, with an extension to a further 20 areas. This was fantastic, but it felt like setting off on a 100m race that turned into a 10km race half way through.

For schools, the impact has been, at worst, positive and, at best, transformational. For individuals, the same applies. Even ragged and pressurised early pieces of work tended to receive evaluations from children along the lines of: that was the best time I have ever had in school. This depth and speed of impact is genuinely very unusual for a Government programme. This points to something deeply fundamental about the power and value of creativity in peoples lives. 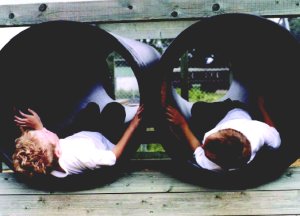 Looking to the future

We can be our own worst enemies within the cultural and creative sector. We tend to take the scraps from the table and run with short-term programmes and initiatives that we know deep down will have no long-term impact. If we are serious about what we do, lets be serious about what it takes to do it properly.

Creative Partnerships and other similar initiatives have now begun to blur the boundaries between schools and their local communities, and tie them into wider social and cultural networks. Our understanding of schools therefore needs to shift: we need to recognise that they are creative and cultural spaces of equal value to other settings within the cultural tapestry, and not simply recipients of creative munificence.

Though focused on need and areas of disadvantage, the programme does not depend upon deficit language, more on mechanisms to allow the release of latent potential. Within this conceptualisation, children and young people are configured as active producers involved in real and authentic processes and outcomes, rather than consumers of cultural products generated elsewhere. A focus on creativity therefore sidesteps the complex debate about high and low art, and issues relating to cultural pre-eminence encountered elsewhere.

Partnerships are characterised by mutual respect, permission to think out loud, the ability to let go of ego, and a lack of ownership of ideas or outcomes. In a true partnership we are all bound together as learners. We are not assertive enough about partnership. We need to aspire to the ideal.

In relation to culture and creativity, I believe that we need to look hard at cost-benefit analysis. As with sport, we are spending relatively small amounts of public money to save vast amounts further down the line. Unfortunately, as a country we seem more prepared to spend our resources solving intractable problems rather than preventing them happening in the first place.

A child thinking differently about his or her future& three or four young people committed to a different direction in life& this already equates to a saving of tens of thousands of taxpayers pounds per annum, as well as the generation of tax revenue if these young people begin to earn and thrive. We do not need many results like these to make a programme like Creative Partnerships worthwhile: not just cost-neutral to the taxpayer over five years or so; cost-negative when looked at over 10. Perhaps we need to be looking harder at how we can measure the deep impacts to prove the value of the investment in the first place.

Linked to better analysis of the impact and value of cultural and creative work, we need sharper thinking about who we are trying to persuade, what we are trying to persuade them of, and how we should best go about this task. It seems to me that the tricky thing with this type of work is that the fundamental value of creativity is so obvious and yet there is also a curious blindness to its power to produce economic, social and emotional well-being.

We see these obvious links every day if we look at our children, our friends, and are honest enough to look at ourselves. Children are great and unconstrained dreamers; they are alive with possibilities. Their creativity is the vehicle by which some of these dreams may come true.

Matt Little is the Director of Creative Partnerships Bristol and Forest of Dean
This is a condensed version of an article that appeared in the engage journal, no. 17, Summer 2005.