Essential Fundraising - Stepping into the breach 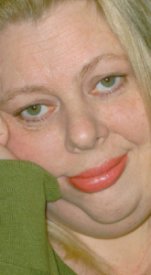 When it comes to maximising fundraising potential, the arts has often lost out to other sectors. This need not be the case, argues Alice Devitt.

Traditionally, the charity sector has outshone the arts in developing and retaining philanthropic relationships with supporters. I am just one of many contributors who believes that the arts can learn from the focused professionalism of much of charity fundraising. Yet many of the paradigms of the sector seem to be shifting.

There seems to be an opportunity for the arts to move out of the charity sectors shadow and develop compelling philanthropic relationships with arts supporters. Regardless of artform, the arts offer participants or ticket buyers experience and some form of authenticity. We have access to creative resources from our artistic programmes. We can also benefit from pre-selected lists of people proven to have at least some interest in what we do (ticket databases). A huge number of people see a company, visit a festival or view an exhibition through personal recommendation. These factors could help us meet the challenges currently facing arts fundraising.

Regular marketing seems to be less and less effective as time moves on. Many of my charity clients are seeing distinct declines in their membership and appeal income. Although we are hearing more and more of informal networks, satellites and word-of-mouth-based marketing, there do not seem to be many obvious ways of making this work within classic, cost-effective direct-marketing programmes. Many charities are utilising new media very effectively, but we look at youTube and MySpace and craigslist and know that something is happening, but cant quite see how we can benefit from it.

One of the major sources of income, direct marketing, is working less well for charities as a whole. The direct mail programmes of many charities have worked so well in the past that some programmes have been able to predict the differences in response if a photograph of a girl or boy is on the envelope, or if they change the colour of the clothing of a worker from red to yellow. Now, try as they might, responses are falling. This is particularly the case with membership. As Hayley ODonnell, copywriter, membership and direct marketing specialist, has noted, For charities there seems to be a definite downturn in membership recruitment and retention across the sector. The tried and trusted formulas seem to work less well. We have to think of something new.

Benefit-led arts memberships that can offer a glorious view of the Thames, a friends room or priority booking for hot tickets will probably always do well as they are not necessarily philanthropic propositions. Many ticket buyers also believe they support an organisation by seeing the show or exhibition. As we try to find other ways of engaging philanthropic support, the word-of-mouth recommendation and real experiences that the arts can offer will become more and more significant. Philanthropy can begin to play a bigger part in our broader-based fundraising.

Additionally, Tescoisation has hit the charity sector. Third Sector magazine has reported that the overall pool of donations has not increased, yet the top five charities have an increasing slice of this static cake. In spite of the sectors best efforts, and government support, overall levels of donation have not grown. The considerable resources and high profile of larger charities have attracted an increasing share of support and attention. It is likely that a small number of well-resourced, high-profile charities will attract increasing support unless other strategies can be found by the smaller players.

It is possible for the arts to side-step many of these issues. Even as the larger national arts flagships attract support, it is possible for local and smaller organisations to find constituencies of support. Arts supporters do not have to theorise why they should support their organisation. They can experience the benefits and value directly. This makes it even more important that funders hear or see the work. A grassroots, youth-participation company was recently given a small grant by one of the major social funders. As a courtesy the funders were invited to attend a performance. After seeing the show they tripled the grant. The arts can do this so well. Major donors are often invited to rehearsals and readings. Perhaps a broader-based invitation to members or supporters with an explicit request for money could prove as effective as a mailing.

Many access and audience development initiatives such as ambassador schemes could be adapted by fundraisers. This already happens with the many effective high-level donor programmes. A broader-based approach could be developed that could offer a similar level of community support.

Legacies are seen as the ultimate major gift by charities, and legacy events form an integral part of many effective legacy programmes. The arts programme, customer service and experience can provide the most compelling reason to give. Yet the rather marvellously named Smee and Ford legacy magazine, Codicil, has noted that although 87% of arts supporters have made wills and 32% had bequeathed money to charities, none had left anything to the arts.

Arts organisations are well placed to make a compelling and direct case for legacy and other forms of philanthropic support using creative networking, ambassador schemes and events. Very few not-for-profit sectors are so well placed to develop experiential marketing to potential donors. We are used to complaining of the disadvantages that arts fundraising has to endure. It is nice to think that we could soon gain a competitive advantage over other sectors by using direct experiences, word-of-mouth recommendation, and the visual and creative resources of our organisations. Now all we have to do is come up with the creative campaigns and initiatives to benefit from the situation.