Sounding Board - Heads out of the sand 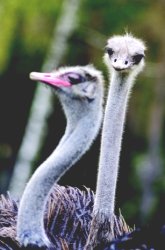 Adopting good business practice is too often given a low priority by artists setting up their own businesses. But for a small business, avoiding management issues can store up troubles for the future, say Anne-Marie McTavish and Andrée Woodcock.

Recently, we ran a management skills programme for designers at Coventry Universitys School of Art and Design. One comment summed up many of the artists attitudes to setting up management systems: I know I should but I dont want to& . The Design Institute at the University ran a research project a few years ago into why so many talented creatives seemed to encounter problems within the first year or two of setting up in business. The overwhelming answer was that they had all the technical skills in their chosen creative field but little, and often none, of the management skills needed to survive in an increasingly competitive world. To address this, the skills programme was established.

With each of the five cohorts in 2004/05 an interesting scenario kept repeating itself. The initial self-assessment done by participants matched up with the research findings management skills were comparatively weak in most cases. They were surprisingly clear about their shortcomings and could see how this held back their opportunity to expand/work more productively/meet deadlines without a last minute rush etc. But& even though they realised all this, they still did not like the idea that they had to manage because it sounded so wrapped up with business and commerce and they are creatives. The pervading feeling was that the two are in some way mutually exclusive.

In one case we had a digital media artist who had signed on for the course because in the last six months he had three days off and realised he had to become more systematic in his way of working. Each deadline was only met by working 18 hour days in the last few days of its approach. His assessment showed he did no planning as a new project came in and his day was spent doing a bit of this a bit of that with no regard for prioritising. He did the bits he enjoyed first and put off all the others so he invariably had to go back and redo work as it was out of order and had missed important sections. After the first week he gained a new commission that he had two weeks to complete and he asked for help in planning it out, which we did. It was a large project in a very tight timeframe but mapping out the tasks meant they were all completed two days before the deadline and he had worked a normal day and taken a day a week off for the course and the weekend too. Yet in his reflective piece on the project he wrote, I know I should but I dont want to manage what I do Im an artist not an administrator. On the seventh week of the course he received another commission and asked for the work to be planned out again. We offered to overlook what he planned out; all he had to do was follow the process we had used before. He felt this would be tedious so did not bother and missed the last week of the course because he had to work 18 hours every day that week to meet his deadline.

In contrast, a dance school owner looking to expand made a similar self-assessment to our digital media artist. However, she took everything on board and, unusually for the course participants, found she had a flair for organisational management. She assimilated the information and was able to see how it could apply to her particular situation. After putting together her own new business plan for the next year, she started to look for additional premises and by the end of the course had an offer in and was interviewing new teachers. But she was the exception rather than the rule.

So why are the people at the sharp end of the creative industries so resistant to the need to manage their work and business? Some beliefs are widespread and well try to deal with each of them in turn:

" Management is felt to be mundane
Regardless of attitudes, management is a necessity. A successful business needs structure and definition.
" Creativity cant be switched on and off
This attitude may be fine for artists creating for themselves but not for those who are commissioned to do a piece of work. This inevitably means deadlines. Once you accept a timeframe, you have to work within it.
" Time management limits freedom
An interesting point because every single person on the courses commented on having so little time for themselves. When they did manage their time, they found it left them with more.
" Having to deal with tax/insurance/ accountants is boring
Specialists like accountants, bankers, lawyers and the taxman are frequently looked on as being some kind of threat with no understanding of the creative process and mind. But they are a reality and have to be dealt with. Ostrich mentality often seems to kick in where money is involved.
" Clients have limited vision
There is a surprising amount of resentment out there for the people who pay the fees. Some participants in our courses actually believed they should be given a completely free hand in the creative process even though they had accepted a working brief.

It is true that having to manage your business can be time consuming and may limit how much creative freedom you have, but it is a proven benefit that can not only keep you in business but allow you to grow. It does seem that people in the creative industries recognise their need to manage their work and businesses but many just do not want to. The question is what happens to them next?