Now Co-Director of both a major arts centre in Madrid and BE FESTIVAL in Birmingham – roles he shares with his partner Isla Aguilar – Miguel Oyarzun reflects on his career to date. 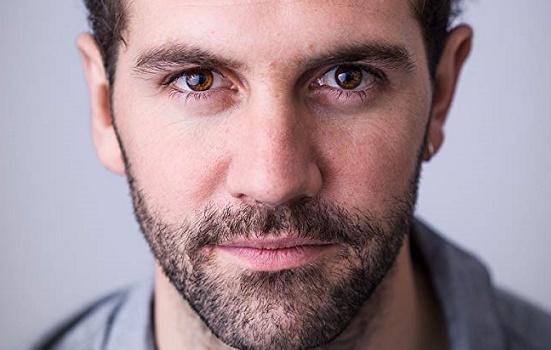 Since February, my partner Isla Aguilar and I have been employed as Co-Artistic Directors of Conde Duque, an 18th Century arts centre in Madrid. It’s an iconic venue with two enormous courtyards, a 250-seat theatre, equal-sized concert and conference halls, and an installations space in vaults that used to be stables.

It’s a beautiful and challenging opportunity for us. My partner Isla has certain tastes and I have others, and we have different skills that complement each other – she is very forward-thinking and I am much more practical, rooted in the day-to-day.

We’ll bring lots of learning from the UK. Firstly, the incredible Arts Council model of supporting artists. It has its problems, but it’s essentially independent, offers open and transparent funding calls that are accessible to all, and is led by professionals. We’ll also bring the work ethic and evaluation methods, as well as the possibilities for collaboration with UK-based organisations, and job roles that don’t exist in Spain yet, like artistic associates and associate director.

In November 2009, after Isla and I had both finished second degrees in London, we went to a conference in Birmingham on developing the local arts scene. We could see that creating a company in London would be difficult, so decided to see what the arts were like in the Midlands.

The city and the creative community felt very supportive. We suggested an international theatre festival and, to our surprise, some people thought it was a good idea. We had never thought we would direct a festival, and we were no-one to those people, but they didn’t question whether we had the capacity to achieve it. Stan’s Cafe’s had just taken over a factory as their company base and Artistic Director James Yarker offered us space. People wanted it to happen.

That evening we sketched out how we wanted to create the festival on a napkin. A friend created the website and we created a business in a morning by putting in a pound each. And then we opened a call for applications, without having secured any funding.

Luckily, about two weeks after we set up the company, Birmingham City Council launched a fund for emerging festivals. Isla convinced them to support the idea and we received £5,000. We also successfully applied for just under £9,000 from Arts Council England’s Grants for the Arts scheme – we didn’t think we’d get the money if we were too close to the £10,000 limit.

We did that festival with £14,000 of funding. The only people who got paid were the caterers and a technician. Artists and audiences had a great time, and the year after we started creating a proper business and making it more sustainable. We didn’t get paid in the second year either, but we did by the third year.

We later moved to the Birmingham Repertory Theatre, where everything takes place backstage – the construction workshop becomes a bar and everybody has dinner together on the main stage.

BE FESTIVAL became a National Portfolio Organisation in 2015. We now think longer term and give artists more sustained support. We’ve learned to be patient because the timescales for creating an artistic project are not the same as the timescales for marketing or funding.

We’ve also worked on changing attitudes: when we arrived in the UK and said ‘European Theatre’, the immediate image was of half-naked people in high heels, throwing water on themselves. It’s a stereotype – that kind of art does exist, but it’s not only that.

We are still the Directors and contribute ideas, but the festival is run by the team. 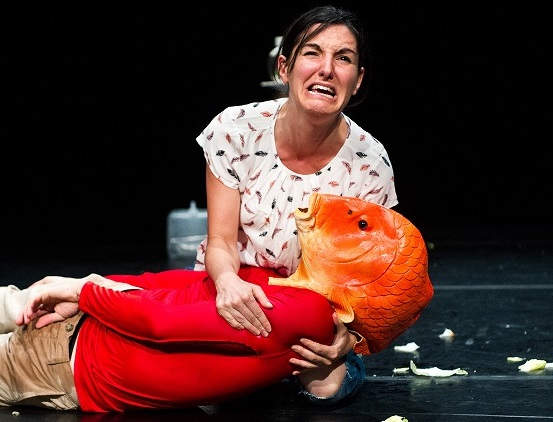 After founding BE FESTIVAL, we had an ethical issue: we wanted to continue performing but didn’t want to present our own work at the festival, because the whole idea was to support other artists. We decided to set up a theatre company in Spain and work in Spanish. That would leave everything very clear, very divided, and we’d be able to sleep well at night.

We created Mirage in Madrid and have been quite successful. We have toured a few shows nationally, and played in venues that are the equivalent of the Barbican. We have specialised in community theatre, despite the fact that small companies do not receive much support for this work. The situation is 1,000 times better in the UK.

I had my first job as an actor at 16, in 1998. At 18, I was accepted into a conservatoire in Madrid, and studied there for four years. In my second year, I started doing TV work and a few movies. I had also been accepted onto a psychology degree, so I did that at the same time – conservatoire in the morning, psychology in the evening. But when I was 20, I got a role in the equivalent of the West End in Madrid and we did 380 performances over two and a half years. I somehow trusted I could have a career in the arts, so I dropped the psychology degree.

In 2005, I received a Government grant to study abroad and chose a degree at LISPA in London, based in Lecoq methods. Isla was doing a master’s degree in curating at Goldsmiths at the same time.

She is now my partner, the mother of my child, and also my artistic associate. A friend of mine said you are not married – you’re associates, which is even more than being married!

BE FESTIVAL continues until 7 July.