Joanne McShane reflects on the people who have guided her professional career, both as a dancer and as a choreographer. 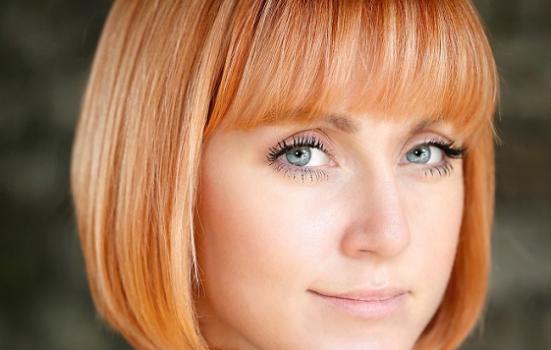 Growing up in Liverpool as a young dancer, I was taken along to watch Cats at the Liverpool Empire. I must have only been aged 9. It was then that I realised I would be someone who could never live without dance. I remember it like yesterday - I was transfixed by the performers and their ability to tell stories through dance. At the age of 23, my lifelong dream came true and I started my journey in Cats myself, playing the part of Rumpleteazer. I performed in the show on and off for years. To perform Gillian’s work has been one of my biggest achievements. Her choreography makes you feel alive! It literally takes over your soul and it becomes so much more than just the steps. She was a lady whose career was hugely diverse - from being a soloist ballerina to creating some of the most iconic work in musical theatre history. The world became a duller place when we lost her earlier this year. She’s a real heroine of mine.

I met Lee about five years ago when we were judging a huge international dance competition together. With similar Northern humour, we instantly became friends. During that time together, we discovered that what appealed to us choreographically and theatrically was very similar. We made a pact that we would work together in the future and I have now assisted him on a handful of productions. Lee is a workhorse with a huge passion for choreography and directing.

He commands a room with his enigmatic energy and positivity. He is a choreographer who fully understands the actor and has an ability to create beautiful storytelling, from the simplest of movements to the most complex and intricate works. We’re currently working on a gorgeous piece of writing called The Dreamers, which is based on a true story set in World War 1. Exploring this topic has been truly humbling, and I’ve watched how he’s treated this tragic story with such care and respect. I count myself very lucky to keep learning from him and I feel very fortunate to call him my friend.

I moved from Liverpool to London at the age of 16 after gaining a place at Laine Theatre Arts in Epsom. I was a feisty Scouser with huge drive. I never took things for granted growing up. I always expected to fail or that I wasn’t going to be good enough for my chosen industry. During my time in training, I felt so grateful to be doing what I loved that I would work myself into the ground. I came in early in the morning to train and I skipped lunch to do extra dance lessons. One of those teachers I skipped lunch for was Barbara Evans’ jazz class. I used to sneak in the back hoping to go unnoticed, as I was meant to be on my lunch break. I lived for her classes - as did the rest of the college. She was mesmerising to watch and I was in awe of her. For me, she is hands down the best jazz dance teacher I have ever trained with. She has a wicked sense of humour, and you would soon know if you were not executing the work to her taste or standard. She taught me to dance with passion and strength and vulnerability. I am yet to witness another teacher who can install so much drive and focus in a whole class.

Over the years I have instilled a lot of her qualities and teaching styles into my own work, such as not having to raise your voice to command respect in the rehearsal room. And if you show people just how passionate you are about the work and make them understand where it is coming from, then you will succeed in connecting with them. If I earn half the respect Miss Evans had, then I will be truly happy.

I met Sasha four years ago when she was looking for a choreographer for a project. Since our meeting I’ve been lucky to choreograph four productions for her - with the most recent being the UK tour of Salad Days. There are lots of different reasons why people are drawn to work at The Union Theatre. Surviving in the theatre industry is extremely tough, and at times can be cut-throat and heartbreaking. The Union is a place where actors and creatives can come and express themselves and create beautiful work together. Sasha took a risk on me and let me have this brilliant opportunity.

The Union is a place where successful choreographers such as Drew McConie and Alistair David did some of their earliest work. Without the Union, I sincerely believe I would not be working as a choreographer. Sasha is an exceptional director. I have huge respect for her work and most importantly, how she manages to juggle her work life whilst being an amazing mum to her two beautiful children.

Whilst I was still performing in musicals wondering when I was going to have my next night out in Soho, my good friend Lora was busy creating The Theatre Workshop - in my opinion the most fantastic theatre school in the Brighton area. I’ve watched her build it from scratch, with not a penny of funding. It is now an extremely successful school which currently has more than 600 students across the studios. Some have been ridiculously successful, landing regular roles in series such as Game of Thrones or work for the National Theatre. Others are just there to build confidence - which is wonderful to see when they do. Lora's passion was always to embrace students' individuality and make them feel that they could be themselves whenever they were in class. In this safe environment, I have seen students change and blossom into confident young adults. She has inspired me to be a more nurturing teacher and to embrace performers' individuality.

My brother has struggled growing up dealing with the frustrations of having learning difficulties, after tests found out he has traits of Asperger’s, Dyslexia and Dyspraxia. Back in the 80s there was nowhere near enough help for, or understanding about this. It was a daily struggle at home, which he learnt to deal with, creating a way of managing his challenges. He has the biggest heart and will go out of his way to help even a stranger. He has a passion for caring for dogs, and volunteers at the local radio, where he looks after a man who has impaired vision. He is my real true hero.

Joanne Mcshane is a choreographer, whose most recent work is the UK tour of Salad Days.