The winner of the Women in Social Enterprise Award, Yvonne Farquharson, reflects on setting up her own company creating arts programmes to improve health and wellbeing. 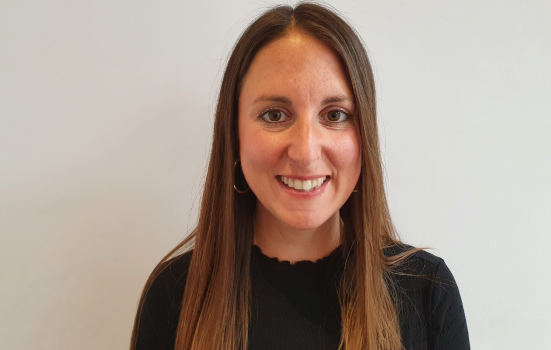 It’s a decade since I founded Breathe Arts Health Research, and both the journey to get to there and the decade since have been tumultuous.  In all honesty, it is not wisdom and insight that got me there, it was blissful naivety, the belief that anything is possible and a heap of resilience and hard work.

While I was studying, I worked as a therapy assistant supporting an autistic boy. I followed set therapeutic guidelines but found that it was through creativity and the arts that he engaged most.

It sparked in me a deep passion to build a career in this space. As part of my Theatre Studies degree, I went on to specialise in the use of Shakespeare in prisons and psychiatric units.

My first job after university was answering helpline calls from viewers of This Morning. Although an unconventional foot into the world of TV, I spent the next three years moving from one freelance role to another at ITV and the BBC.

In TV, unless you’re the very best and willing to work harder than the next person, you simply don’t get the job. It instilled a work ethic that has stayed with me.

But I was craving a job that used the arts to make a difference on a societal level, so I applied for a role at Guy’s and St Thomas’ Charity as Performing Arts Coordinator. I distinctly remember walking out of the interview feeling worried that I had been too myself. The passion and excitement had been spilling out of me. But I got the job, which was a major turning point in my career.

I went on to develop various programmes across Guy’s and St Thomas’ NHS Foundation Trust to engage healthcare staff and patients in the arts as a way of improving their health and wellbeing. For work in this field to be taken seriously, we had to embed rigorous clinical research at the heart of everything we did.

Together with clinical specialists and academics, I launched a research study looking at the impact of teaching magic tricks to young people with hemiplegia - a one-sided weakness/paralysis caused by injury to the brain. The purpose was to develop their hand and arm function, in a creative way. It attracted a great deal of interest in the sector.

But, as a result of an organisational restructure, I was made redundant at that time and although my gut feeling was to continue in the field, opportunities were scarce.

I had a very strong vision to prove the value of the arts in healthcare on a scientific and economic basis. And I wanted the work to be commissioned so that patients and communities could access clinically proven arts and health programmes as part of the NHS. Not as ‘nice’ add-ons to conventional care.

So, I decided to set up my own organisation. This is when the joys of naivety came into play. I cared deeply about the work and had determination in abundance, but I had zero knowledge of business. I had to google ‘how to write a business plan’. I was hopeless at it.

I knew exactly what I wanted to do, but not how to get others to back me. After months of trying – and failing - to secure funding, I enrolled at the School for Social Entrepreneurs for a one-year course.

100 drafts of my business plan later, more rejections than I can count, and a further two and half years spent trying to secure funding for my venture alongside a day job, UnLtd invested £5,000 in my idea.  It not only gave me the funds to buy my first ever laptop, but it also gave me much-needed hope.

That was 2012, when Breathe Arts Health Research (Breathe) truly began. When Guy’s and St Thomas’ Charity outsourced the programme I had previously delivered in-house to this new organisation, I finally had the security to work full-time on Breathe.

I quickly realised that running a social enterprise was not the same as designing and delivering innovative programmes.  Every week I had to learn new skills from HR and financial planning to trademark law and marketing. And the learning never stops; I love it.

Breathe has grown from strength to strength over the last ten years. We have published research papers in medical journals, won national awards spanning the cultural, healthcare and academic sectors, and had programmes commissioned by the NHS across the UK.

It hasn’t been without its challenges of course. Five years in, I became seriously unwell and attempted to run the company from hospital and bed. But I had to admit defeat and took a year off to recover. The silver lining (and irony) from this dark period was that, as a patient, I developed extensive lived experience to contribute.

I returned to work just before the global pandemic hit. After losing tens of thousands of pounds in cancelled programmes within the first few months, we redesigned all our work and re-wrote our business plan. As we turn the corner into 2022, I can breathe a sigh of relief, as somehow everything seems to have slotted into place.

But if history has taught me anything, it is to appreciate it while it lasts, as things are changing all the time.

Yvonne Farquharson is Managing Director and Founder of Breathe Arts Health Research and winner of the Women in Social Enterprise Award 2021.

Learning to breathe
A magical approach to healthcare
Gaining credibility