From Tamasha Theatre Company to the Free Word Centre, Bryan Savery traces the course of his career. 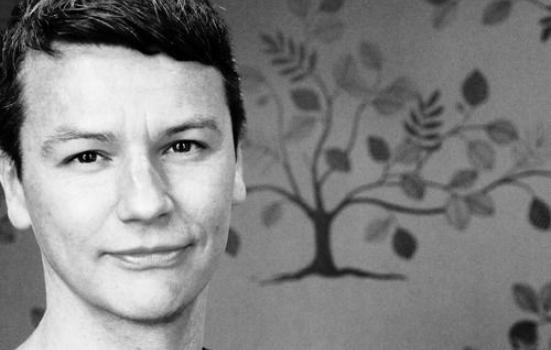 I am one month into my role at Free Word and enjoying every moment. I passionately believe in free expression and have a huge interest in contemporary literature, so to be able to combine my passion with my skills and experience is a dream come true. I also have the chance to work with Rose Fenton, Director of Free Word and founder of LIFT, who I have admired for a long time, especially through her work with Tipping Point.

I have mainly worked in the theatre sector for the past 20 years and so to move to the literary sector is a little daunting. However, most artists I have worked with over the years rarely define themselves by a sector so there are a lot familiar faces!

There are various aspects to my role, but the main aim is to ensure the overall business health of the organisation, making sure that it is running well and creates the best conditions to present a dynamic programme. We have a building in Farringdon where we present a programme of talks, events, and projects in three major areas – translation, environment and democracy – that address key issues of our time. My main focus will be how to continue to raise the profile of Free Word as well as to create diversity in all aspects of the organisation – something close to my heart and deeply important to me.

I joined Rifco in 2012 – initially part-time whilst working with the Red Room and freelancing and then full-time. Rifco is a highly successful national touring theatre company set up and run by Pravesh Kumar as Artistic Director and CEO. During my time there, we produced three national and international tours. One of the highlights was to work with Shabana Azmi, India’s leading actress and politician – the equivalent of working with Meryl Streep!

Rifco has a huge audience and a very loyal following and it was a treat to work with a company that knows its audience so well and knows exactly what they want to see. To work with Pravesh and see how he skilfully engages an audience made up of non-regular arts attenders was a privilege.

I was first on the board of The Red Room, but resigned to take up the role of Executive Producer. I worked very closely with Topher Campbell, who is and remains a true inspiration to me.

Whilst at the Red Room we created the UK’s first fully recycled theatre – a project that lasted over six months and involved over 1,000 volunteers from the local community and businesses. It was nominated for the What’s on Stage Theatre event of the year, but we lost to the 25th anniversary concert of Les Miserables at the O2, streamed live across the world! If you are going to lose…

I was a freelancer between 2007 and 2014 and had the opportunity to work with some amazing organisations, such as Somerset House, LOCOG, Peshkar, Nitro Theatre Company and Arts Council England.

I was lucky enough to work with Baroness McIntosh on the 2007 investment strategy review. I also worked with David Lan, Nicola Thorold and Lizzie Crump on the early stages of What Next? which involved over two years of 8am meetings on Wednesday mornings! It makes me so happy to see where it is now and proud to be part of something so unique. I was also Vice Chair of the Independent Theatre Council during this time, which gave me an incredible overview of the industry.

I had a real learning curve at Hampstead Theatre; I was young for such a role and had to get up to speed very fast! I hadn’t ever led a staff team of that size or budgets of that scale. I was very used to being a General Manager and had to discover what it meant to be an Executive Director.

The main lessons I learnt were how to consult, listen, take a view and then make a decision – skills that I now rely on all the time. It was a challenging time for the arts and the reality of people relying on me to make good decisions sharpened my thinking – it was the first time I truly understood what the business side of the arts means.

My first theatre building and I loved it. I worked closely with Neil Constable, who I owe a great deal to in terms of my career. It was an exciting time at the Almeida. It had not long reopened following a refurbishment and so everything worked! This gave me a warped view of what theatre buildings are really like!

My first job! I can honestly say that I have only been able to work with such incredible people and companies over the past 20 years because of the solid grounding and work ethic I gained at Tamasha. Kristine Landon-Smith and Sudha Bhuchar (both, I am proud to say, close friends) took a chance and nurtured a shy Essex boy and trusted me to run their company. They put me on training courses, allowed me time to work with mentors, pushed me to ask questions and introduced me to peers. I should really be working as a cashier at Natwest, but they gave me a chance.