As he prepares to leave Sage Gateshead after 15 years at the helm, Anthony Sargent reflects on his career and the people he’s worked with. 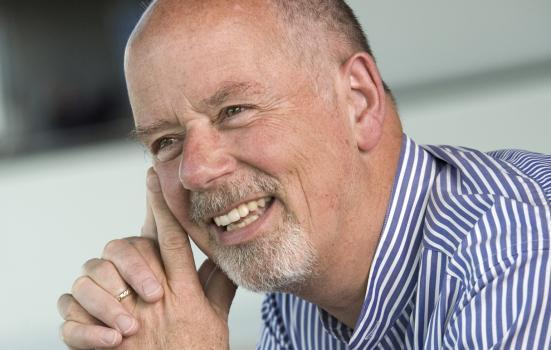 Talking about a ‘job ladder’ sounds like a rational, linear structure, but real life is not always as neat as that. To me, the journey has felt more like gradually filling in an imaginary map with a continent of accumulating experience. Even my university degree in politics, philosophy and economics has proved unexpectedly useful in an arts career – every day shedding some piercingly relevant light on that day’s work challenge!

My 14 breathless years with the BBC exposed me to a whirlwind of different experiences – time as a studio manager, a fantastically rich source of learning about the mechanics of putting together great programmes; time as a radio music producer, rich in opportunities to put that learning to use; time as a TV Music and Arts producer, an invaluable lesson in the chasm separating the cultures of radio and television; time as a Radio 3 presenter and newsreader, a superb training in all kinds of quick thinking and spontaneous public speaking (and a daily reminder of the ageless power of elegant English); time in the Special Current Affairs Unit editing and producing ‘From our Own Correspondent’, an unforgettable window into the horizon-expanding world of international journalism; and time as Concerts Planning Manager leading the teams running the BBC Proms and the BBC Symphony’s year-round programmes, a uniquely rich door into the highest-level, international world of classical music.

I am indebted to so many people for all that learning – the radiant Cormac Rigby’s unsleeping, crystal-voiced quest for broadcasting perfection; Humphrey Burton’s unstoppable, buccaneering ambition to break new arts-TV ground, and the two Controllers of Music I served (Robert Ponsonby and John Drummond), their legendary differences as instructive as their formidable experience.

Joining the new Arts Council team charged with running the South Bank after Mrs. Thatcher’s demolition of the Greater London Council was another high-speed learning opportunity, from balancing classical and vernacular cultures, to harmonising the local and the international, and the many different jangling interests and egos then lining the South Bank (always under the unforgiving national media spotlight). It was also my first taste of the excitingly new world of spectacular outdoor programming. I learned so much from so many South Bank colleagues, but experiencing at close quarters the mechanics of the Nicholas Snowman / Richard Pulford leadership duopoly was a management masterclass all its own.

A decade of responsibility for creating and then implementing an arts strategy for a whole city had, like the South Bank, a wonderfully pioneering sense of discovery about it. I helped 1990s Birmingham’s inspirational councillors achieve a vision whose importance they understood better than the mechanics of realising it, and 1990s Birmingham re-discover itself as one of Europe’s most exciting creative communities. The plentiful opportunities to create massive citywide projects and festivals of every conceivable kind was a unique learning opportunity about the mechanics of making large, complex things happen through broad-based consensual partnerships, helped by the distinctive leadership styles of two so-contrasted Council CEOs (Roger Taylor and Michael Lyons), and the wily old fox of a Chief Officer whose working mores were a daily anthropological fascination.

Millennium Music Live took me back to the BBC for two years. Being responsible for the external links involved in creating a nationwide 5-day festival of all kinds of music (in a quarter of the planning time it would ordinarily have had) was a phenomenally exciting daily rollercoaster of options instantly analysed and decisions taken (often perforce instinctively), all under the seraphically calm, kindly generosity of Bill Morris’ leadership backed by Jenny Abramsky’s incandescent blend of purpose, courage and speed.

My last 15 years, responsible for conjouring into existence and then leading and managing Sage Gateshead, establishing a completely untested vision based in a small town of 200,000 souls on the world stage, have pulled together all those experiences and opportunities from the 25 preceding years. I’ve served three inspirational, utterly different chairs (Tony Pender, Lord Puttnam and Lord Falconer), but also the whole of the regional community whose precious possession Sage Gateshead is, and also the extraordinarily gifted, dedicated team who make up Sage Gateshead and its orchestra, Royal Northern Sinfonia. Next April I move on from this now comfortingly familiar world, and add these last 15 years of experience to the reservoir I can apply to the next opportunity, the next challenge.

I suppose it has been a kind of ladder, but one with a geometry that’s been more curved than linear – more organic, more improvised, and much more fun!