Ottilia Ördög goes back to her roots to name the inspirations in her life. 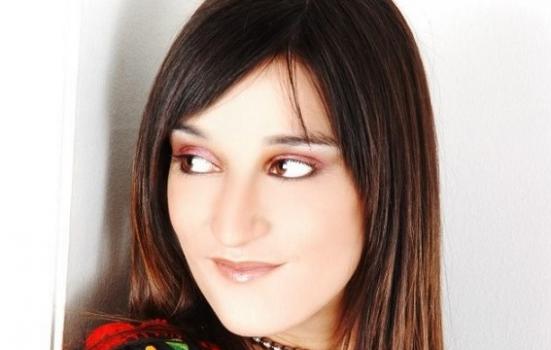 When I was at school in Romania I had a wonderful English teacher, who also taught Hungarian literature. The whole town loved this English teacher. Her lessons were full of songs and joy, so everyone learned English through music and singing. No one ever wanted to miss an English lesson taught by Magdalena. In an education system which was rather strict at the time, her approach really stood out and made a huge impact. Over the last 15 years working as a creative educator, I often find myself using these same approaches to make learning and education fun and creative. Magdalena still gets messages from her pupils, even 50 years on, to thank her for the difference she made in their lives. She gave up teaching to give me a better life. Magdalena is my mum and in 1989 the two of us moved from Transylvania to the UK, leaving everything behind. It took me quite a few years to realise that I am just like my mum. Instead of singing English folk songs, I might use beats, grime, poetry and drum and bass as tools to inspire and educate young people. The approach is still the same and the positive energy comes from the same source.

One of the most exciting times in my life was when I took a young grime crew RAW to Manchester’s music conference In The City. They didn’t just stand out a mile from all the rock bands, they also landed a record deal from Factory Records music genius Tony Wilson. I always wanted to work in the music business and all of a sudden I was getting phone calls from every major label, sorting passports for 15 year old rappers, flying to New York, France and Spain, whilst also reassuring parents, and trying to explain to the council why the guy from Granada TV was in the youth club every Wednesday afternoon for a band meeting. I was an inexperienced music manager, but Tony gave me the opportunity to learn on the job. I was thrown in at the deep end but he supported my ambition and let me make those vital mistakes that you learn from. Tony taught me how to stand up for myself, and how to swear with meaning and purpose. I still miss having the kind of figure in my life who will push me and tell me off when I need it.

The most beautiful and powerful guru in my life is Transylvania, also known as the forest or wooden land. That's where my roots are, and I am drawn to that forest. If I don’t go every year I feel like a wilted flower that has had no water, or a sunflower without the sun. I recharge from this forest and come back to Manchester with new energy. Transylvania is a hidden gem and it saddens me that people don’t know more about it. We need to preserve this beauty, the nature itself and the wonderful colourful cultures that live there. It’s time people found out about it all and that is the reason behind Góbéfest, the free festival taking place in Manchester on 13 and 14 of May 2017. There will be 160 artists and musicians coming over to show what the real Transylvania is all about.

The strong women in my life

There is a long list of females gurus with whom I have worked and collaborated over the years and I am grateful to every single one of them. I am inspired every time I hear a new tune or mix from singers Angeli, Empress Asher, Eleanor Every, Tsana, Ebere, Mandy Wigby or Veba. I feel reassured every time I meet up with Anne Marie from Panda who gives me genuine, valuable advice. I truly admire Arundhati Ghosh from the India Foundation for the Arts who I met last year on the Clore Fellowship, as well as Rhiannon White from Commonwealth Theatre Company, for their bravery, creative spirit and inner strength. Over the last year I had the pleasure of working with Hungarian female creatives, who have helped me rediscover my own roots, language and traditions. These include choir leader Gyopar Pávai, art historian Anett Gecov, dancer Évi Adonyi and folk singer Ildikó Csige.

Góbéfest will be celebrating the life of Béla Bartók, the most distinguished Hungarian composer, who was born in Transylvania (then Hungary and now Romania). Béla Bartók is the father of ethnomusicology, who started his journey in Transylvania and travelled the world, researching folk music, the music of the people. He showed the world that through music and harmony we are all connected. Góbéfest will celebrate these harmonies through many genres of music, whilst also inviting authentic folk musicians from the heart of Transylvania, where Bartók's journey began.

I am junglist, a complete full blown junglist. This has not changed since being a teenager and going to all the raves around the country. Those jungle basslines still have the power to energise me. I love all new riddims coming from the British youth culture, from grime and rap to trap and everything else with a strong pulsating roaring bassline.

Ottilia Ördög is the organiser of Góbéfest, Manchester's Transylvanian Hungarian arts and cultural festival 13-14 May 2017.
www.gobefest.com