Ed Collier, Co-Director of independent theatre company China Plate, shines a spotlight on the artists and professionals who have shaped his career. 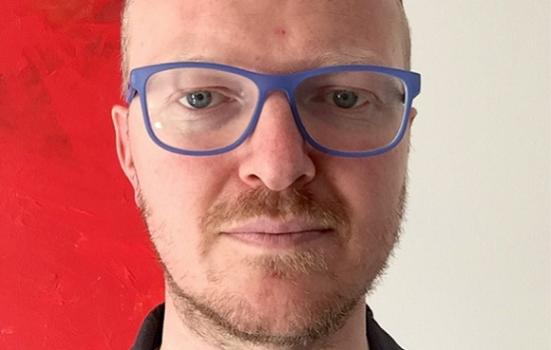 In 2001, having graduated from university and drama school, I inevitably found that my acting career didn’t quite take off in the way I’d hoped. Whilst temping as a receptionist at British Screen Finance I met Lucy Scher, who with her business partner Charlotte Macleod was in the process of setting up The Script Factory over the road. Lucy was brilliant, self-effacing, entrepreneurial and knew how to structure a great story. She was as astute with business and finance as she was with story, and opened my eyes to development producing. More than anyone else, Lucy shaped the vision that Paul Warwick (Co-Director of China Plate) and I have developed through the organisation.

The greatest tip I picked up from her was to find ways of making each element of the creative process financially viable, and it is on her Script Factory model that China Plate’s development, programming and producing philosophy is based. She was one of the first China Plate board members.

Having grandly called myself a producer, and somehow bluffed my way through presenting a show in Edinburgh and managing another on tour, I was extremely lucky to have been recruited by Kate and Louise just a couple of years after they founded Fuel. The three years I spent there gave me the best possible crash course in producing. Their creative vision, their belief in artists and their ability to align partners around a shared cause has seen them create one of the most inspiring producing companies around. When Paul and I get stuck, we call Fuel.

Bryony was the first writer that Paul and I worked with on the first iteration of ‘The Darkroom’, our first development programme. We paired Bryony with a then young theatre company called Sound&Fury. Within just four days Bryony had led the company on an extraordinary creative process, catalysing what would have taken months in any other environment. What came out of that week was transformative for Sound&Fury and inspired Paul and me to start China Plate.

Great production managers are the people that make great theatre happen! Over the years we’ve been lucky to work with some of the finest production managers around: Stuart Heyes, Helen Mugridge, Kady Howey Nunn, Rachel Bowen, Chris Whitwood, Greg Akehurst; there are so many more, thank you to all of you.  Without you, nothing would happen. You inspire as much as you facilitate.

From David Edgar, 50 years into his career, to Urielle Klein Mekongo, right at the start of hers. From Caroline Horton, who we’ve worked with since day one of China Plate, to the new cohort of artists at First Bite, most of whom we’re meeting for the first time on the day of the performance: it’s the artists that inspire us. They offer new reflections on life – and they might just change the world.