Trish Wadley reveals the trajectory of her globe-trotting career. 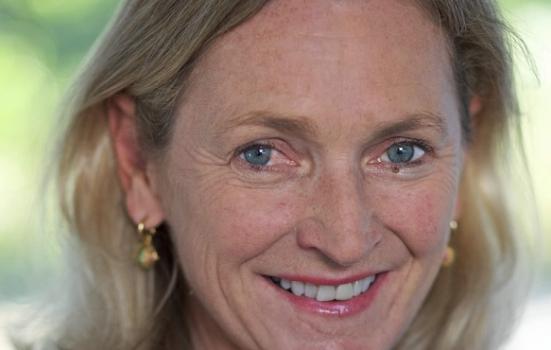 I am a passionate dot-connector: I love meeting people and putting them together so producing is my dream job.

After producing theatre on the fringe for several years I finally took the leap and set up my own company. I had received a Stage One Bursary in 2013 and that endorsement was hugely valuable in supporting my goal to become a commercial producer. I have been lucky enough to be mentored by Robert Fox who is simply the best in the business. My first solo production was ‘The Red Lion’ by Patrick Marber, at Trafalgar Studios, and I am now producing ‘The Wider Earth’ – the story of the young Charles Darwin’s voyage on HMS Beagle. We are building a new theatre at the Natural History Museum to stage this amazing new play by David Morton. The show features a cast of seven and more than 30 extraordinary puppets, and opens next month.

Working with Artistic Director James Hillier, our partnership began with ‘The Hotel Plays’, staging undiscovered one act plays by Tennessee Williams in luxury hotel suites. We had a great run from the Grange Hotel to The Langham Hotel, London, featuring an ensemble cast in highly intimate surroundings. We took the concept to New York, with Terry Johnson’s ‘Insignificance’. Local theatre fans loved the idea and we were again spoilt by the Langham’s hospitality. I also produced ‘Speech & Debate’ by Stephen Karam at Trafalgar Studios; ‘A Lie of The Mind’ by Sam Shepard at Southwark Playhouse; and ‘The One Day of The Year’ and ‘Hard Feelings’ at Finborough. No other city has a fringe theatre scene like London – it is simply the most generous, hardworking and welcoming community I have been involved in.

It was Josie Rourke (Artistic Director) and Nick Starr (Board Chair) who convinced me to take the leap into theatre and help them with the mammoth task of re-locating the Bush Theatre from above a pub to the old Shepherd’s Bush library. I was a theatre enthusiast but knew very little about the industry. We were supported by a terrific board and amazing staff, many of whom are close friends and colleagues today – the Bush alumni is a truly special group. I began to meet a lot of writers, and for me the beating heart of any play is the story – I have to love it. As a producer you are the ultimate sales person, convincing others to join your vision, so passion is essential.

I moved to Rhode Island, USA with my young family and worked for a company of industrial designers who created amazing products from baby accessories to high tech sporting goods. My job was to secure contracts from large consumer companies and I travelled to many obscure industrial centres of America, which I loved. I am endlessly curious, so this was the perfect job. I never tire of understanding how the ‘sausage is made’ and I think that’s why I like producing theatre.

I studied Journalism at university in Australia and began my career as a broadcast journalist on TV and then radio. As the junior, I was assigned the ‘lifestyle’ stories and traffic reporting which was done from a small helicopter. I didn’t like the very early morning news shifts so I moved into marketing, so I could arrange the parties and promotions. A career highlight was launching FOXTEL, the first cable TV brand in Australia, and educating the public on why they needed an extra hundred channels in their life! I also spent two years in New York working as the Press Officer at the Australian Embassy, which set me on a world tour which has been going for 22 years with no end in sight.

I come from a big family so have always been outgoing and adventurous. My parents were involved in the arts and we were very fortunate to be constantly surrounded by an extended family of artists, actors and musicians, and my children are witnessing history repeating itself in our own home.

Her latest production, The Wider Earth, will be performed in a purpose-built theatre at the Natural History Museum from October 2nd 2018.