Laura Sweeney explains how she has progressed through her career. 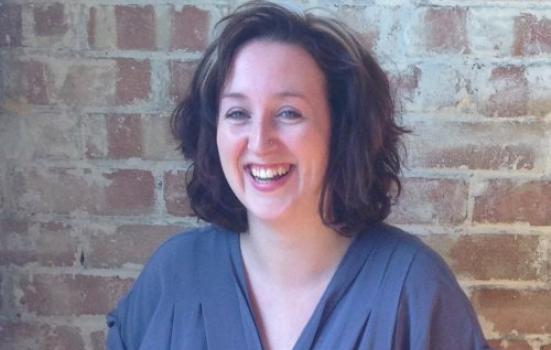 Lead Producer, Chisenhale Dance Space (2013 – present)
I’ve been in this role since April 2013, working with independent artists and maintaining a space where risk is encouraged. It’s been a real journey already – being successful with our Catalyst and Grants for the Arts applications has given the space a real boost and has generated excitement whilst we celebrate our 30th birthday this autumn, with a season of work ‘THE BIG 30’. The season includes archive performances, new commissions, talks, films, community days, workshops, and symposiums.

I am constantly changing hats, from finance to marketing and everything in-between, but I think that my main role is to safeguard the amazing legacy that Chisenhale Dance Space has and hopefully facilitate some fantastic projects along the way!

Marketing Manager, Chisenhale Dance Space (2012 – 2013)
This post came up in a period when I wasn’t sure if I wanted to go back to marketing after concentrating on my own practice for a while. I knew that I only wanted to work somewhere that I could support artists who I really believed in and luckily I got the job. During this 10-month contract my goal was to rebrand the organisation and work towards getting the space the recognition it deserves, which hopefully provided a strong footing for the new programme of work this year.

Digital and Social Media Marketer, Hans de Kretser Associates (2009 – 2011)
I initially started working with Hans de Krester Associates as Website Content Editor for Dance Consortium, which included a wonderful trip to New York to work with Alvin Ailey American Dance Theater for their upcoming UK Tour. I eventually moved into working for a number of the clients, ranging from Bill Kenwright and West End shows, to working with Big Dance and consulting for Protein’s social media-based work ‘LOL (Lots of Love)’. I feel like this job opened my eyes to a cross-section of the arts sector in the UK and showed me what can be delivered on rather large or almost non-existent budgets.

The balance between being an artist and managing a dance space is still one that I’m constantly considering. At the moment I’m taking a break to concentrate on my role at Chisenhale, but who knows what might happen in the future.

Archivist (Wayne McGregor | Random Dance, 2010 and Michael Clark Company, 2009)
These two placements reflected my interest in preserving dance and also gave me a chance to see lots of unseen material from these great companies which really felt like a privilege. These experiences made me question my own practice and still raise some interesting thoughts now around artists keeping personal archives and the options that we could have for the archive at Chisenhale.

Box Office and Front of House, The Place (2007 – 2010)
Whilst finishing my Masters in Choreography at Middlesex University, I worked at The Place first as Front of House, then on Box Office. During these three years I saw many, many dance works and really developed my interest in work that was more on the fringes of dance and performance. It was a great first step on the ladder and made me realise that I liked working in the office-side of the arts too.