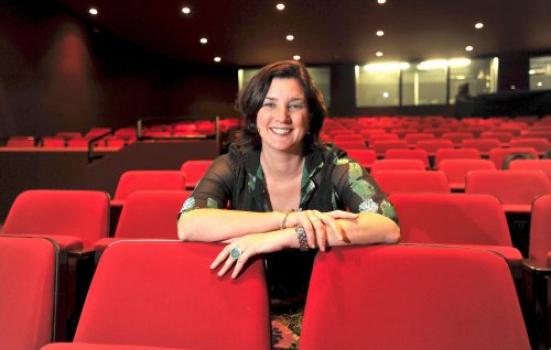 Chief Executive, Curve theatre, Leicester (2011 – present)
Joining Curve, I switched hats again from my previous role moving to a producing theatre that works across many genres and scales, and as Harvey Weinstein discovered last year with Finding Neverland, Curve is a great space to rehearse and open new shows. Leicester is a very vibrant place to live, the whole world in one city, which we reflect in the work we create and the companies we work with. We have an amazing team here and Paul Kerryson is very generous with his time and knowledge. Curve has changed Leicester’s cultural landscape over the past five years.

Chief Executive, Sydney Film Festival (2002 – 2004)
This was quite a challenge. I took the organisation through some significant changes to its subscription and ticketing models which resulted in a 40% increase in attendance, and I got to organise the Film Festival opening night party, which is very red carpet with Sydney glitterati and a lot of fun.

Lecturer (and Student), Faculty of Business, University of Technology Sydney (2001 – 2004)
I went back to school to finish an MBA and started lecturing part time the following year, first teaching undergraduates, then MBA students. Loved it. Miss it.

Major Events Producer, Head of Programming, Sydney Opera House (1998 – 2001)
The Sydney Opera House was where I really spread my wings, as I moved from being a music specialist to having much broader artform knowledge. I was there for New Year’s Eve 1999, and the Sydney 2000 Olympics – there is no place like it in the world.

Artist Liaison, Tanglewood, Boston Symphony Orchestra (1997)
With the support of a Churchill Fellowship, I spent four months at the BSO’s summer estate – Tanglewood – helping out in the very busy artistic office and learning as much as I could. I remember James Galway sitting on my desk chatting, John Williams telling me about writing for Star Wars, and dropping music round to Yo-Yo Ma’s house. I had to keep pinching myself.

Artistic Administrator, Australian National Academy of Music (1995 – 1997)
I was approached by the hastily assembled Board of this new institution and asked whether I could step in and help set it up. This entailed public consultation around the country, and close work with all Australia’s universities and conservatoires, as we spent two years establishing ANAM programmes.

Artistic Administrator, Australian Youth Orchestra (1992 – 1995)
We toured a lot. I particularly remember having responsibility for 110 musicians aged 16 to 24 on a month-long tour of Europe, including performances for the BBC Proms at the Royal Albert Hall, the Concertgebouw in Amsterdam and Tivoli Gardens in Copenhagen.  It was an amazing experience, and such a lesson in leadership – I wasn’t much older than most of the orchestra.