My experience at Theatre 2016

Following shocking access at the Theatre 2016 conference, Andrew Miller asks: is this why so few disabled people work in theatre? 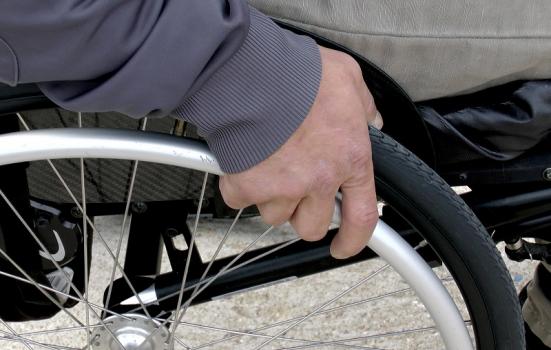 Nothing better illustrates the issues facing disabled theatre professionals than attending an industry conference where access is a recurring theme, in a West End venue that is fundamentally inaccessible, in one of the least access-friendly locations in any UK city.

The Theatre 2016 conference marginalised the very people it sought to empower. “You’re not disabled; theatre disables you,” came one provocation from the floor. Not a truer word was spoken.

Working in the cultural industries for 25 years, I’m a conference veteran, but Theatre 2016 proved the most challenging yet for me to attend as a wheelchair user.

Choosing London’s West End to host this conference was the source of all the hassle. West End theatres offer notoriously poor access and if, like me, your access requirements involve a car then finding parking is a nightmare. Almost anywhere else would have been more sympathetic to gather the whole theatre sector, the National Theatre for example or nearly any regional theatre complex.

After a three-hour car journey from Cardiff, it took me a further 90 minutes to find a parking space on the first day of the conference. The organisers had directed me to a £50-a-day car park, which was already full on my arrival. Most of the nearby ‘Blue Badge’ spaces in Soho were suspended for scaffolding lorries. I eventually found one with a four-hour time limit some distance away from the venue. Not the best start, but to be part of “the nation’s theatre conference,” this was a price I had to pay.

On my eventual arrival at the Piccadilly Theatre, I was directed to one of the boxes – the only accessible area of the venue. I couldn’t be in the stalls alongside everyone else. Being in a box allowed me to attend but not really be part of the conference. The issue of access for disabled people in theatre was raised time and again, not least by Graeae’s Jenny Sealey. If I had chosen to speak (and believe me I had plenty to say), there was no nearby microphone and the session chair wouldn’t have been able to see me anyway. I don’t mean to be offensive, but if you want to treat disabled people like muppets, put them in a West End theatre box, Statler and Waldorf style. At least they had a voice.

Lunch was served in a fully inaccessible area of the theatre and had to be delivered to me on the pavement outside by (the very friendly) theatre staff. The networking spaces were wholly inaccessible too, again denying me the opportunity to easily mix with my peers.

There was some interesting and challenging content to the sessions but when my four-hour parking limit was up, I was off as I couldn’t face another tour of Soho to find another parking space. It was a lot of time, effort and cost for four hours’ conference time.

I did take the opportunity to see a West End show at a different theatre before returning home. The sightlines from the wheelchair position were so bad, the experience so limited and de-valued despite the £38 ticket price, I left at the interval. But not before visiting the “access lavatory”: a converted cupboard that actually couldn’t accommodate a standard manual wheelchair – I kid you not.

For all the guff generated about how theatre in the nations and regions have ‘so much to learn from the West End’, I’ve never experienced a theatre outside London treat their audiences so poorly.

It strikes me we are on the verge of a breakthrough moment, where disabled artists and professionals go mainstream. Just consider the inspired casting of Amy Trigg, herself a wheelchair-user, in Nottingham Playhouse’s recent mainstage production of ‘The Glass Menagerie’. This would have been unthinkable a few years ago.

Yet despite the very strong leadership being offered by Arts Council England in the field of encouraging diversity, the regional support for disabled artists and arts professionals together with schemes like Ramps on the Moon and the growing demand from disabled people themselves for equality in the theatre, I left my day in the West End reflecting that the theatre sector itself has yet to take full ownership of disability.

There is a lot of surface noise but I wonder, under the radar, how much is changing? Employment of disabled people in the arts generally remains critically low. Physical access remains a barrier (in 2016!!) and the lack of consideration of the issues that ensure participation and equality, such as that experienced at the conference and in the West End, is scandalous. All of which could go some way to explaining just why so few of us work in this industry.

Andrew Miller is Head of Creative Programming at the Royal Welsh College of Music & Drama and a board member of the Arts Council of Wales and UK digital arts agency, The Space.
www.rwcmd.ac.uk

How to remain inclusive while living with Covid
The Other Side: resetting the dial for inclusion
No access, no public funding?
Will the Change Makers make a difference?
Edinburgh in a wheelchair
Still dismal times for disability
My experience at Theatre 2016
Untransformed attitudes