Almost all music teachers agree the government should consult them on the much-anticipated refreshed National Plan for Music Education. 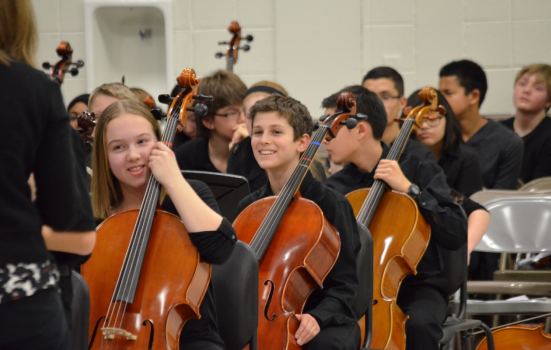 The last decade of music education “tells a heartbreaking tale of neglect and marginalisation,” a report from the Incorporated Society of Musicians (ISM) reads.

The ISM surveyed over 500 primary, secondary and peripatetic music teachers who reported unequal music provision across the country, dwindling department budgets and the devaluation of music as a curriculum subject.

The publication of Music: A subject in peril comes as details of the Department for Education’s (DfE) refreshed National Plan for Music Education (NPME) - on hold since February 2020 - are expected this spring.

The ISM said it developed the report in the absence of meaningful consultation on the refreshed NPME by the DfE, adding the findings “lay bare just how bad the situation is in our schools”.

61% of music teachers said their budget is insufficient. Teachers told of per-pupil spending as little as £1 per annum and significant budget cuts, which they said limit pupils’ learning and stifles department growth.

The mean yearly department budget was highest in independent schools (£9,917), compared to £2,152 in academies and free schools and £1,865 in maintained schools.

Some music teachers reported funding departmental work through concerts and paying for instrument repairs and resources themselves to bridge funding gaps.

The findings come as no surprise to industry professionals. Music Mark CEO Bridget Whyte said the survey demonstrates “more needs to be done” to ensure music education is resourced properly both within the curriculum and beyond the classroom.

She told ArtsProfessional demand for the charity’s RTM School Grant Programme, now in its fifth year, continues to grow.

“Unless or until the priority placed on music education is raised, we do not foresee this demand in any way decreasing.”

Lack of consultation with teachers

The DfE does not plan to consult music teachers on the refreshed NMPE before implementation, despite originally promising to do so, according to the ISM.

A DfE spokesperson told ArtsProfessional teachers were consulted through a call for evidence last year. 59% of teachers surveyed by ISM did not take part, the majority (55%) because they were unaware of it.

A subsequent DfE report highlighted accountability measures such as the EBacc and inadequate funding as key issues facing music education.

These policy areas are unlikely to be addressed by the refreshed NPME, with the report concluding they fall outside the plan’s scope.

The ISM said the refreshed plan will not have a meaningful impact if these areas are not addressed. Teachers agreed, advising the contents of the plan are largely irrelevant without adequate funding.

ISM Chief Executive Deborah Annetts says the DfE must commit to a full consultation on the refreshed plan: “What is clear is that our music teachers are dedicated and passionate and they know what good music education is.” 99% of respondents to ISM’s report agreed.

When asked by ArtsProfessional, the DfE did not confirm why teachers will no longer be consulted before the revised plan is implemented.

93% of teachers believe the EBacc and Progress 8 have harmed the provision of music education, according to the report.

Music is often placed on a carousel or rota system, teachers said, leading to lessons being held less than once a week or, on occasion, being dropped from the curriculum altogether.

Long criticised in the arts, teachers attributed the EBacc and Progress 8 to a decline in uptake of Key Stage 4 and 5 courses, an impact on option choices and the devaluing of music as a subject.

Reforming these accountability measures to prevent a narrowing of the curriculum is one of twelve recommendations the ISM is calling on the government to adopt.

“[This] would go a long way to re-establishing music’s status in schools, even without additional funding,” the report reads.