DCMS Minister: EBacc partly to blame for decline in music at GCSE

Digital Minister Margot James’s comments to a parliamentary inquiry are in marked contrast to previous comments from Government ministers. 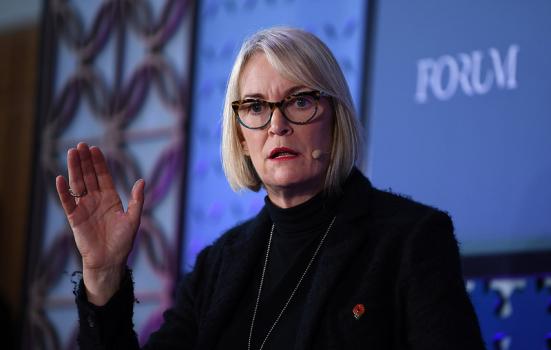 Web Summit on Foter.com / CC BY

A senior Government Minister has for the first time pointed to the controversial EBacc education policy as one of the causes of a decline in music in schools.

But she urged MPs to not get fixated on one cause of a problem with “many and several causes, not just the EBacc”.

“I think there may be other causes in the decline of young people taking music GCSE. I don’t think it should all be laid at the door of the EBacc, which has done a lot to boost academic performance in schools.”

She also stressed that as the EBacc consists of “five or six” subjects, and as most people take “10 or 11 GCSEs” there is discretion over and above the EBacc requirements.

James' comments also mark a notable departure from the line usually taken by the Government on arts education. Faced with similar questions, Schools Minister Nick Gibb has consistently said he “doesn’t accept” that the EBacc is causing a decline in the take-up of creative subjects.

He has instead claimed students have the space to choose creative subjects after 14, and repeated conclusions from misleading analysis of school subjects that the proportion of pupils taking at least one GCSE has remained “broadly stable” since the EBacc was introduced.

Analysis by a broad spectrum of charities, academics and press organisations – including AP – has consistently highlighted the negative impact of the EBacc policy on student opportunities, teacher morale, and the take up of arts subjects. Figures for 2018 show Music entries were down 7.4% on the year before, with total entries to arts subjects down 10.3%.

James also fielded questions on the distribution of funding to different artforms, telling MPs she was concerned by data from UK Music that 8% of Arts Council England (ACE)’s money allocated to music through the national portfolio was directed to pop.

But she brushed off suggestions from MPs that ACE funding should be redistributed to smaller music venues from the Royal Opera House (ROH) – the largest single recipient of ACE funding.

Darren Henley, Chief Executive of ACE and the other witness at the inquiry, was asked whether he thought it was “galling, even sickening” for there to be so much money in ROH and other “high arts” while pop music received smaller amounts. In response, Henley stressed the importance of the ROH’s international reputation and highlighted other opera and pop investments made by ACE across the country through a variety of the agency’s funding schemes.

He added that ACE was working with 22 venues in the South East that hadn’t applied for funding before to improve the breadth of organisations receiving financial support. Echoing James, he encouraged music venues to consider ACE funding and send in more applications.

“We’re very keen to make sure there isn’t a hole here that gets worse,” he added.